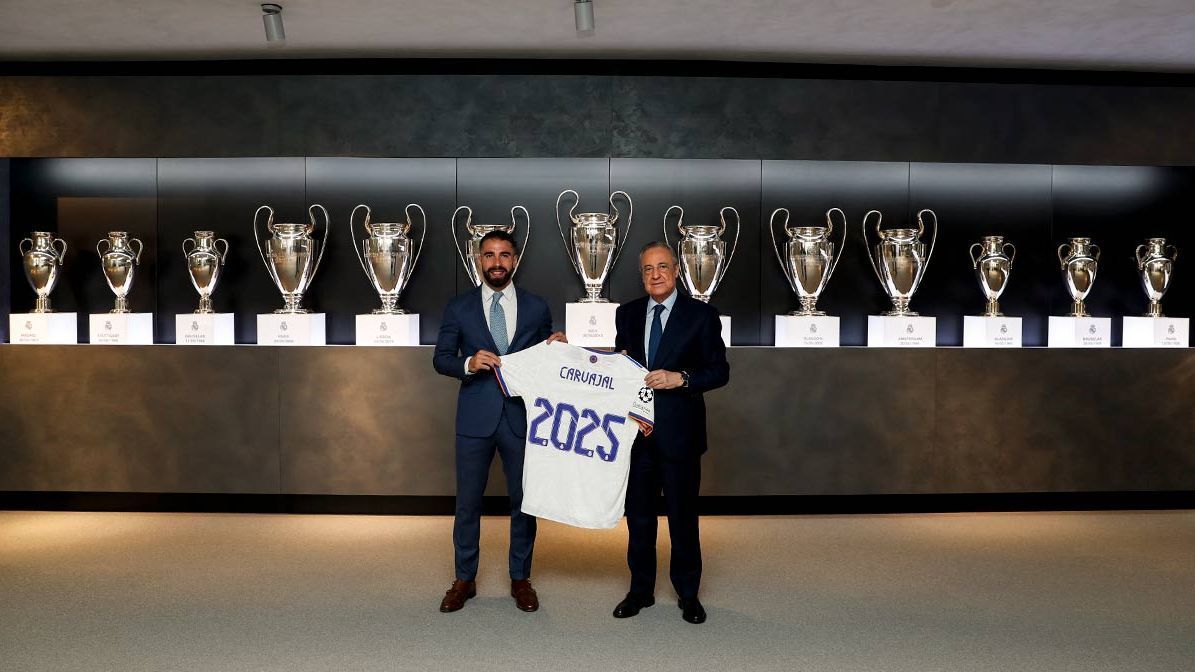 REAL MADRID — Dani carvajal He will continue his career at Real Madrid after signing his renewal for four more seasons.

The right-back ended his contract next summer but Madrid has decided to extend it until 2025 to prevent him from negotiating with other clubs from January.

“Real Madrid CF and Dani Carvajal have agreed to extend the player’s contract, which will remain linked to the club for the next four seasons, until June 30, 2025,” the white club announced in an official statement.

Carvajal joins Luka modric. (2022), Lucas Vazquez (2024) and Nacho (2023) as players who have renewed their respective contracts in recent weeks.

Raphael varane He was in the same situation as Carvajal, but Madrid decided to transfer him to Manchester United for 50 million euros to prevent him from leaving for free next summer.

Carvajal, who joined the Real Madrid quarry more than 20 years ago, was sold to Bayer Leverkusen in 2012 but returned a season later to become an undisputed player for the white team then also managed by Carlo Ancelotti.

Madrid have always valued Carvajal’s internal leadership and, above all, the Madrid values ​​that “help to export wherever it goes,” according to club sources comment to ESPN.

Despite the fact that last season he could barely play 15 games due to injuries, Carvajal’s environment informs ESPN that the full-back arrives with “renewed strength” and with “great enthusiasm” to play the position with Lucas Vazquez, who has ahead of an Alvaro Odriozola who is still pending to solve his future.