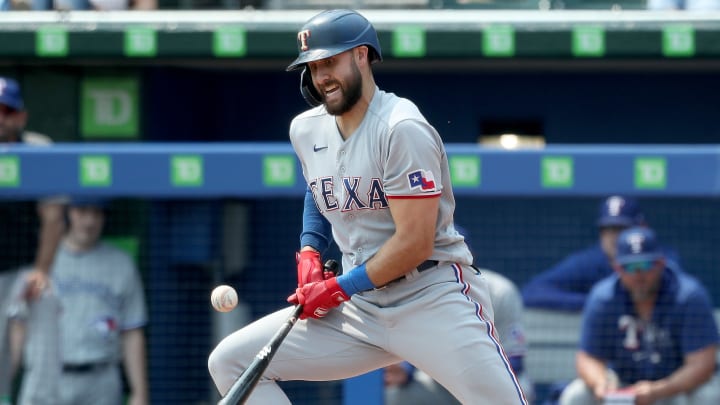 Joey Gallo, star slugger of the MLB for which many teams yearned, will now be a weapon of the powerful lineup of the New York Yankees. At first glance, the move looks very positive for the American League squad. They get the power left-handed hitter they’ve been missing for a couple of years, swing the middle of the lineup, and bolster the outfield defense. But all that would be forgotten if, even with the slugger on the team, the Bronx Mules They are far from the goal they set since March: to reach the World Series in 2021.

An organization that had sports stars like Babe Ruth, Joe DiMaggio, Mickey Mantle and Reggie Jackson in its ranks, to name just four of its greatest left-hand hitters, cannot be more than the perfect home for one. one of the best sluggers of that condition today. On that side, it’s a perfect change for Rooster and the team.

At the age of 27, Gallo accumulates achievements that highlight his power. He has two 40-homer seasons (40 in 2018 and 41 in 2019) along with two invitations to the All-Star Game. He once competed in the Home Run Derby and has been one of the hitters most likely to watch out for for three seasons when facing the Rangers.

This offensive strength is complemented by Gallo with a good glove. He is recognized as a good defender of the right prairie, who already has a Gold Glove in his career (he obtained it in the 2020 season).

The combination of power with the wood and a confident presence in the outfield are arguments to have a good starting point in the organization of the white and striped uniform. Gallo can be complemented very well with Aaron Judge and form a quality tandem, which will try to lead the Bombers to the conquest of pennant number 28.

Although the chance of winning the major league crown increases with the arrival of Joey Gallo, it doesn’t hurt to be cautious. Yankees fans need to keep their feet on the ground because the Big Apple team still doesn’t look like a first seed for the title. Not at least in this 2021.

First they must mesh well with the newcomer in their lineup full of stars in this sport and, above all, improve the serious failures they have in such an important position as catching. To that we must add that they require a good starter, of stellar stature, to accompany their ace Gerrit Cole. Without that they are still weak and the home runs Gallo brings in will be useless.