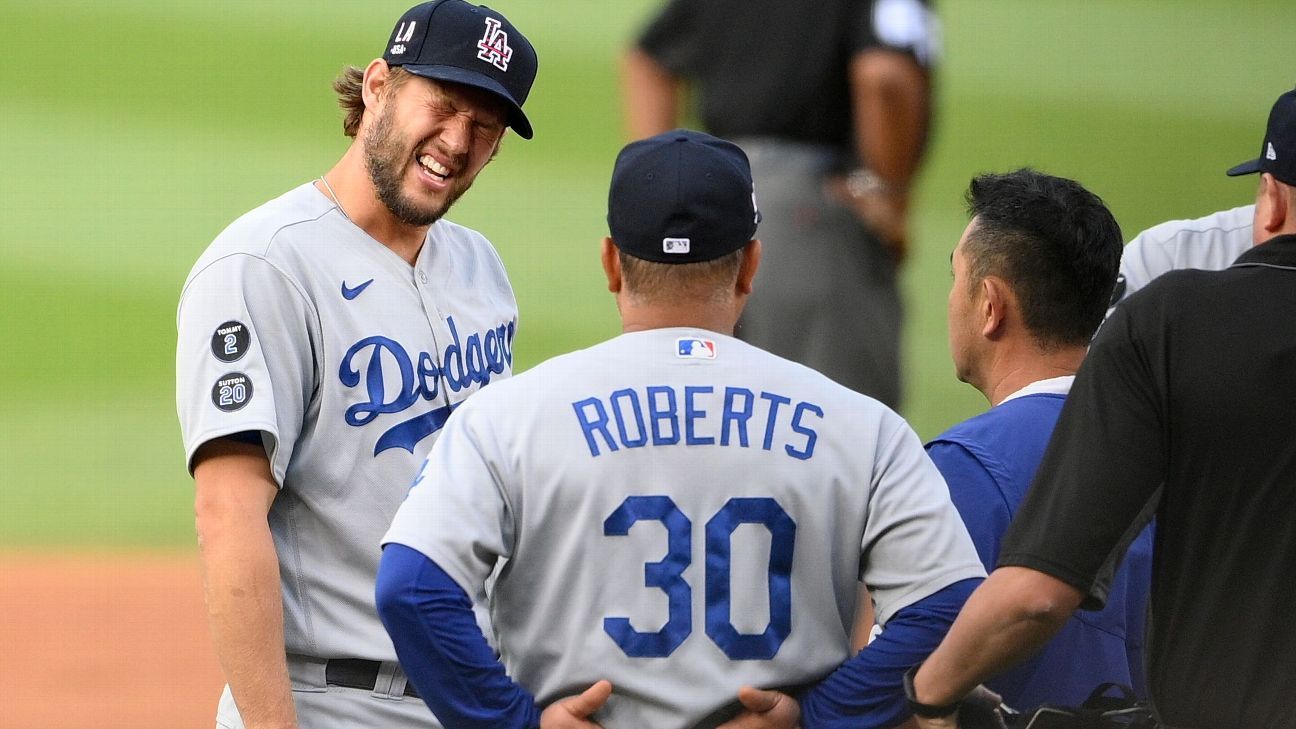 1. WILL DAVE ROBERTS you don’t like to see perfect games? The Los Angeles Dodgers manager’s history of overprotecting pitchers with a perfect game in the making suggests he doesn’t want to be the manager in these unique games. “With David Roberts, no one is perfect,” a co-worker told me. History proves him right. Clayton Kershaw on Wednesday became the second pitcher in major league history to pitch 7 perfect innings and be taken out of the game with the perfect game intact, according to ESPN Stats & Information. The first was Rich Hill against the Marlins on September 10, 2016, who also left the game after retiring the first 21 batters in a row with only 89 pitches. Dare to guess who the manager was? That same. On that occasion, Roberts claimed that Hill had stomach problems and that forced him to make the decision. While it is true that managers are increasingly betting on arm protection and preventing hitters from seeing pitchers for more than three at-bats and all the theories you want to imagine, it is no less true that Kershaw had only thrown 80 pitches and he had a comfortable lead against the Twins. Why deny him the opportunity to accomplish a feat that has only been completed 23 times in major league history, when he was just six outs away and when he could retire him if the jewel was broken? Roberts says they had agreed that he would only throw 80 pitches, but why not let him decide or slightly change the plan (say, 10, 15 more pitches) to see if he reached the goal? The more you explain it to me, the less I’m going to to understand.

2. Nelson Cruz, who began his NL career with a few games in mid-September 2005 for the Milwaukee Brewers, hit his first home run for an NL team after hitting 449 with five AL ninths. Of that total, 237 were as designated hitter, a position that debuts in the old circuit and that will lengthen the career of Cruz and at least 14 other players. The hit made him the seventh Dominican player with at least 450 home runs in the Majors, a list headed by Albert Pujols. He was placed in position 40 of all time, with the possibility of surpassing greats in history such as Carl Yastrzemski (452), Dave Winfield (position 36 with 462) and Chipper Jones (35 with 468).

3. SAY THAT Giancarlo Stanton hitting the ball really hard doesn’t add much to what you’re seeing in these early Yankees games. The numbers that confirm that are scary. According to StatcastsStanton’s average batting exit velocity is 99.9 mph, the highest of any MLB hitter. His top so far is 116.6 mph, about 6 miles short of his highest total of 122.2 mph. To give you an idea of ​​how impressive those numbers are, Stanton’s average in his career is 93.9 mph. And the Major League average is 88.3 MPH. So far, Stanton has made contact 16 times to put the ball in play and only 6 times has his ball exit velocity been less than 100 mph. And in eight he has been above 110 mph.