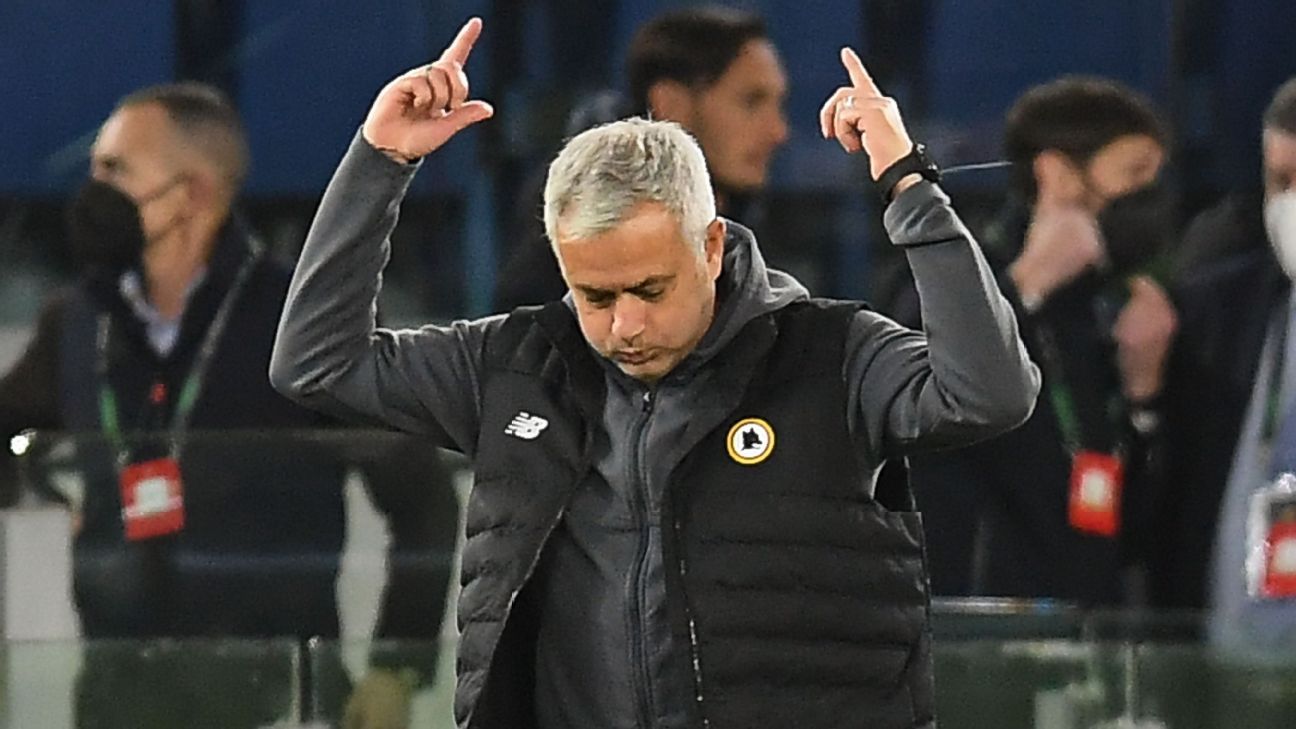 The controversial strategist is the first to be in the semifinals of the three European competitions: Champions League, Europa League and Conference League

Roma’s Portuguese coach, Jose Mourinhobecame this Thursday, after eliminating the Norwegian Bodo/Glimt in the Conference League, the coach with the most semifinals in European competitions in history, with a total of eleven appearances.

Mourinho continues to break records from the bench. He is now the coach with the most semifinals on his back ahead of big names like the English Sir Alex Fergusonthe german Jupp Heynckes (both with eight), the Italian Carlo Ancelotti or the Spanish Pep Guardiolto (with nine).

The coach is the first to be in the semifinals of the three European competitions: Champions League, Europa League and Conference League. In addition, he can become the first to lift the trophy in this competition.

After the removal of Atalanta before him Leipzig In the Europa League, Roma is the only Italian team with a chance to lift a European title, something that has not happened since 2010, when Inter won the Champions League in the year of his historic treble, also with Mourinho sitting on the bench.

The Rome of Mourinho certified its place in the Conference League semifinals at the Olympic Stadium and automatically became the last cartridge of Italian football in Europe, in a memorable campaign in the domestic championship but one to forget in continental competitions.

The Italian football season outside its borders has not been particularly productive. Of the seven teams that began their European journey in three different competitions, only Roma remains alive, and remains in the less prestigious one.

Inter, Milan, Lazio, Juventus, Napoli, Atalanta and Rome they qualified to play matches against the rest of the clubs throughout the ‘Old Continent’, but sooner rather than later they have been falling without leaving feelings of having deserved much more. Maybe Inter against him Liverpool.

Italy is still in football mourning after the failure of not going to the next Qatar World Cup 2022. The fall was loud and shook the foundations of the ‘calcium’, which urgently needs a deep remodeling, from below. What in 2018 seemed like the twilight of a football model that seemed to be reborn in 2021 with the Euro, in 2022 it became a nightmare.

In Champions League they tried it Juventus, Inter, Atalanta and Milan. juve and Inter They managed to get through to the round of 16. Atalanta fell to the Europa League and the Milan he finished bottom of the group, straight out.

Napoli and Lazio They competed from the start in the Europa League. Their competition was pretty much the same. Second in the group and out in the next round, without showing their best version in the final match, both at home.