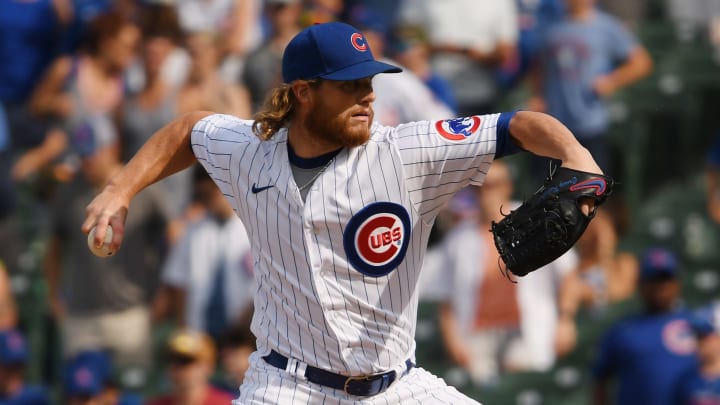 The Philadelphia Phillies has had serious problems with his bullpen this 2021 season of the MLB and for this they will try to acquire a reliever to help improve the distressing situation that their relief lives if they want to continue in the fight to get a place in the playoffs.

As of Wednesday, July 28, the Philadelphia reliever corps ranked 22nd in ERA with 4.62 and also equaled the most wasted games with a save chance in all of the majors.

Faced with this situation, the staff of the team of the Eastern Division of the National League has focused its efforts on obtaining the services of the veteran pitcher. Craig kimbrel for whom they would have to deliver an attractive offer made up of players from their minor league system to the Chicago Cubs.

The Phillies, who are 50-50 in the current contest, have an interesting pool of prospects who could well satisfy the demand for Kimbrel. Chicago management has let the other major league teams know that their interest is based on getting players of the future.

One of the Cubs’ interests could be focused on pitcher, outfielder and third baseman Andrew Painter, who at 17 years old is shaping up to be a future baseball-style two-way player. Shohei ohtani.

Another player the Phillies could turn over for the Cubs’ lock is speedy outfielder Johan Rojas, who after three years in the organization is beginning to develop several interesting aspects of his game. Also along with Rojas, Philadelphia would deliver a player package that includes catcher Logan O’Hoppe, who would ultimately be the centerpiece of the trade.

Although nothing is confirmed, with that trio of players the Cubs would have a significant offer on the table for the iconic reliever that would bail out the Phillies to compete for a postseason berth this year.