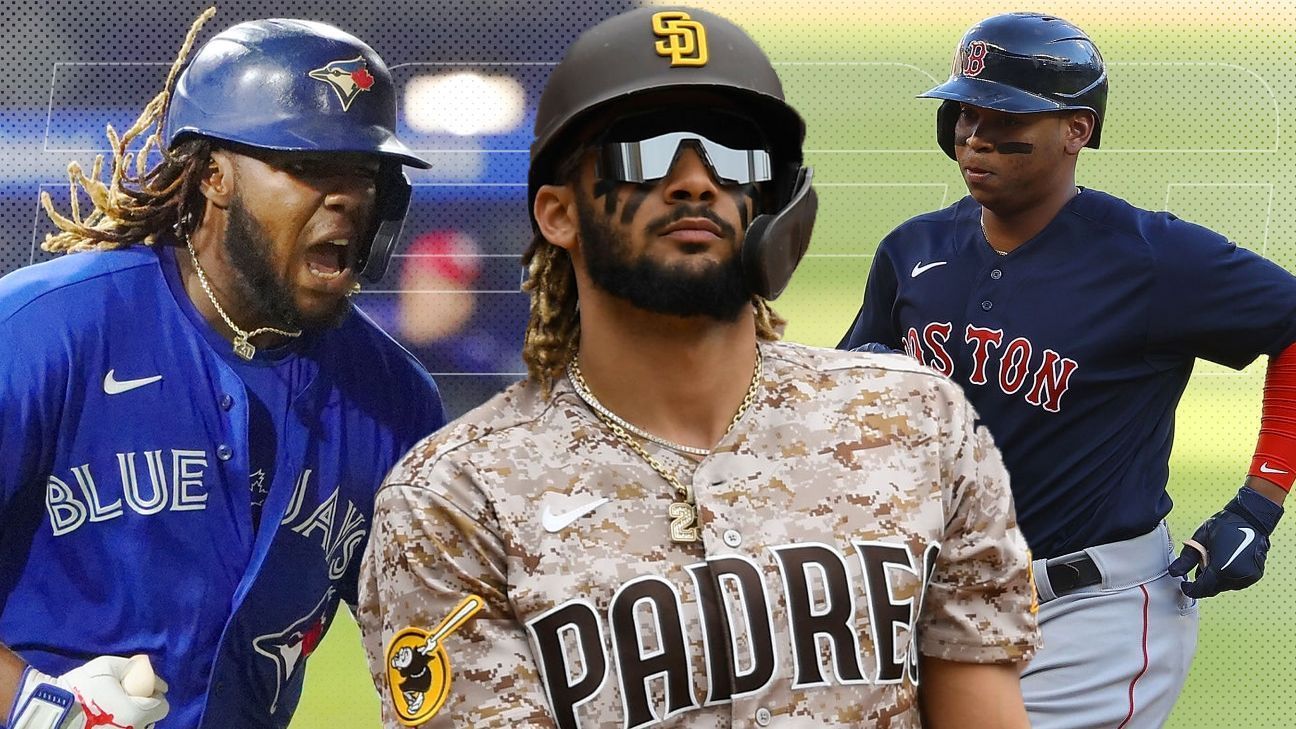 The peculiar season 2021 of the Big leagues has reached the pause of Stars game, after an exciting first half in which historical feats were seen. From eight no-hitters and no-runs to home run records in what was a first-half dominated by pitchers, the 2021 campaign has had everything for everyone.

That is why determining which have been the best Dominican players during the first half has not been an easy task, especially since several have had surprising seasons and there is probably no agreement that satisfies everyone.

ESPN Digital has prepared the list of the five best Dominican players of the first half of the season of Big leagues, based on their performance, importance for the team in which they play, their statistics and the projection that in principle had on them.

These are the five best Dominican players of the first half of the season of MLB.

What can be said about Nelson Cruz that has not already been said? The veteran designated hitter continues to punish opposing pitchers in what is shaping up to be another great year for him, one that could even find him moving to another team if Minnesota Twins decides that the time has come to become “seller”Given the bad results that as a whole they have obtained so far.

However, Nelson Cruz He has been the most consistent, consistent, and productive hitter on the team and if not for the monstrous year he’s having Shohei ohtani, as well as the great campaign of JD Martinez, would be in the conversation of the best nominee of the year in MLB.

If the phrase “a change from heaven to earth”Could have an image that represents him, it should be that of the pitcher Freddy peralta, who is having the best season in his young career of Big leagues.

Being by far the best Dominican starter of 2021, the inclusion of a new pitch has paid huge dividends to Freddy peralta, who comes from a tremendous participation in the MLB All-Star Game, where he pitched a scoreless inning and became the first pitcher of Milwaukee Brewers in striking out three consecutive batters in the midseason game.

Peralta he has a 2.39 ERA in 98 innings of work. He has struck out 135 opponents and has only walked 44 so far. His average walks and hits per inning pitched (WHIP) is 0.898, while he only tolerates (also on average) four hits for every nine innings pitched. Additionally, he allows 0.9 home runs and four walks for every nine innings of work. In terms of record, he has seven victories and three defeats, a tie with the best performance of his career in that department (he obtained the same results in 39 participations during 2019).

3 batters facing each other. 👀

Freddy Peralta becomes the 1st Brewers pitcher to swing three batters in a row in an inning of #AllStarGame. pic.twitter.com/0tgyuDXOMt

“Little face”Is facing what could be the best year of his career, surpassing even what he achieved during 2019. He reached his first selection of Stars game as the leader among all third basemen of Big leagues In SLG with .564, OPS with .913, extra-base hits (48), doubles (25), homers (22) and RBIs (72), and in offensive statistics where he is not a leader, he is among the best five players , Indicating that Rafael Devers has been the most consistent offensive third baseman of 2021.

Its growth has also been seen on the defensive side. Although improvements are still needed in his game, he is having the best defensive statistics of his young career compared to what he has done before.

With his first trip to the MLB All-Star Game in the books, it remains to be seen if Rafael Devers you will be able to get your first Silver bat once the regular season is over.

And the @RedSox have now won 7 straight. 🔥 pic.twitter.com/ktYaPdMW3j

“The boy“You do not need a cover letter. The electricity and excitement that he generates playing shortstop is simply exceptional, and the same goes for the numbers he is achieving in 2021, which are on the way to surpassing what he has previously achieved.

With the tightness of the western division of the National League, the offensive contribution of Tatis Jr. It is invaluable for some San Diego Padres dreaming of a postseason for the second year in a row.

Vladimir Guerrero Jr. has been the best Dominican hitter of the Big leagues in 2021 and must enter the discussion on the best at a general level, thanks to the offensive production he has had so far.

If not for the monstrous year of Shohei ohtani, would have reached the pause of Stars game as the favorite for the award of Most valuable PlayerHowever, he still has time to rush the race to win the accolade. What is certain is that the Dominican is also comfortable on the road to achieve his first Silver bat within what has been the best year of his career.