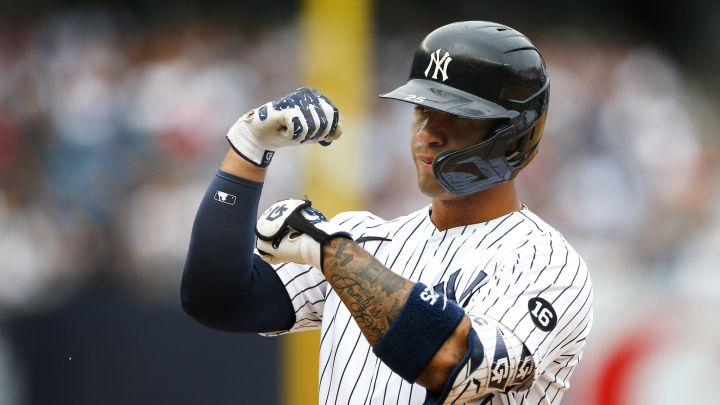 In the story of Samson, it is framed how the man with large muscles could tear a lion to pieces with only his hands, seeing a radical change and the loss of his strength when his wife, Delilah, told the secret that Samson’s strength came from his hair, which the filibusters would end up cutting off.

Something similar has happened with the performance of the player of the new york yankees, Gleyber Torres, who after a successful season in 2019 seemed to be a rising star of the game, facing the result of the opposite for his performance in 2020 and 2021 within the Big leagues.

During 2019, Torres capped 125 Weighted Runs Created Plus (wRC+) and an OPS+ of 128, which seemed like solid above-average records. All this exclusivity did not take long to go down, two campaigns later in 2021 the player had a wRC + of 94 and an OPS + of 93, both records below the league average.

Between 2020 and 2021 the 24-year-old has suffered injuries from his thumb to his left hamstring, which already puts him in unfavorable condition.

One of the main causes recorded in the decline in their performance is strongly expressed in their percentages of Barrels contacts. A barrel is all those balls hit at a speed greater than 98 miles per hour and a hit angle between 26 and 30 degrees.

After the 2021 campaign the MLB had a median (league average) Barrel contact percentage of 7.9%, while Torres posted just 7.8%, alarming results in his contact rates against high-velocity pitches.

This low average is not at all something that happened just like that, being Gleyber Torres a player who in 296 plate appearances against fastballs in 2021 only had a .230 batting average; in 310 appearances in 2019 he averaged .292 against those pitches.

These results that obviously call for alarmism, having reactions of a catastrophic performance against the pitches that are used against him the most (and it is the case with all hitters), which makes him too vulnerable from the plate.

Another point that can confirm a nascent theory that “Gleyber Torres as Samson lost his strength” has been the exit speed of the ball when he makes contact, having in 2021 an exit velocity of 87.1, being 88.8 the league average , so even the speed with which he hits the ball evidently derives the reason for all of the above.

The drop in his power has been resounding, adding greater difficulties to his game without first forgetting the problem that already drags on his defense. What is evidence of his contact power leaves the player in a rather awkward position.