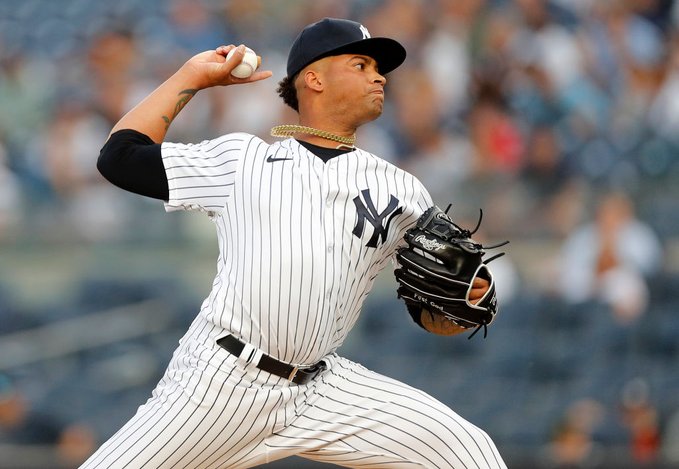 the prospect Luis Gil had a debut any rookie would like to have in the majors with the New York Yankees.

Luis Gil made the New York Yankees Do not feel sorry for having called him suddenly because Gerrit Cole will be away for a few days for testing positive for Coronavirus.

Gil pitched about six innings with just one walk without allowing runs, only allowed 3 hits with 6 strikeouts.

He is the sixth Dominican with 6 IP without allowing runs and 6 or K in his 1st game in MLB:

What’s more, Luis Gil is the first pitcher of the Mules to throw 6 scoreless innings in his debut with the team since Mike Mussina in 2001. The last Yankee to do so in his debut in the MLB It was Sam Militello in 1992.

This young man’s fastball is considered the best among the New York Yankees’ prospective pitchers, which can reach 100 miles, but is always between 95-99, furthermore, Gil does not depend on a breaking pitch, but his Sinker, slider and cutter are deadly and he knows how to tie them together to confuse hitters and keep control in his favor.

At this time the rotation of the New York Yankees He has three pitchers out, it is not known until four, Gil’s first impression in the majors has been too valuable for the team and there is a good chance that he will stay with the team.