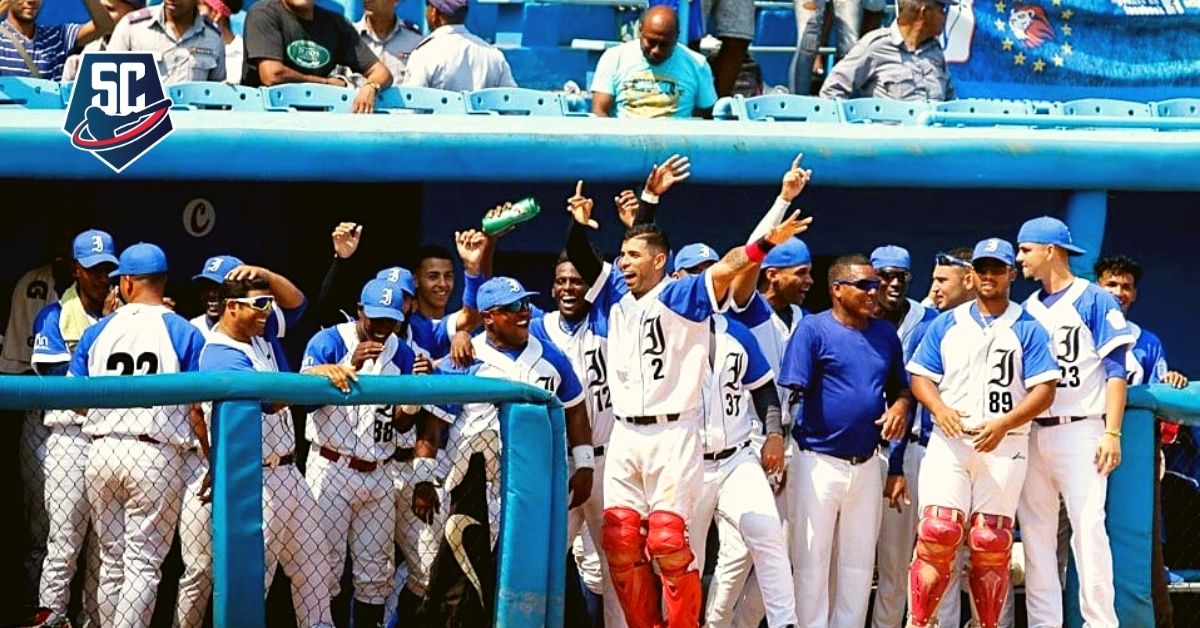 As baseball fans, on many occasions we do not appreciate how important the pinch hitter can be in a baseball game, due to the nature of his role in the game.

This special player can replace a regular player at certain moments and specific situations of the match. Games and even championships can be won by using the right pinch hitter at the right time.

In Cuban baseball we have had very good emergent hitters, but today we want to refer especially to a powerful left-handed hitter from the capital teams, who participated in the National Series from 2002 to 2009 where he was titled three times as national champion under the command of Rey Vicente Anglada.

You may also like: SKINNY AND INJURED, but HE SIGNED: Incredible story of a Cuban major leaguer

We talk about Alexander Regueira, who was considered at the time as the most effective emergent hitter in Cuban baseball. His official position was receiver, but he was deprived of more participation as a regular at that position due to the presence of other figures with greater defensive abilities.

On Full Swing we had the happiness of talk directly with Regueira in our night star space the Full Swing Show. Among many anecdotes of his sporting and non-sporting life, he told us about his beginnings in the Industriales team and how he particularly experienced the frustrating situation of not having more opportunities in the team.

«I got into the team because I hit a lot and he was very “handsome” when it came to defending, he had more courage than technique, I was lucky to have a manager with a lot of vision and very straight in his thoughts, who was Anglada, he leads the team and from there my story begins».

You may also like: “I didn’t have anything to give my mother on December 31,” CONFESSED a former player from Industriales who left Cuba

How was your first at bat?

«My first turn at bat was in the Latin American stadium against the Sancti Spíritus team, it was a game that everyone had put on, I think that day Rey looked at the bench and saw that there was no one else left and said: “Hey Regueira take bat there”».

“The game was 2-1 and they took me out as a pinch hit against Angel Peña, with a man on first and second, two outs in the ninth inning and my connection was a hit between left and center, I tied that game.”

Did it ever cross your mind to tell Anglada to give you more opportunities?

«Not at all, the first thing I wanted and needed was to stay in the team. There were very few opportunities, we were four receivers and I was the fourth, my opportunities were few. That team won 66 games out of 89, it was a very winning team, there were even established players who were on the bench who didn’t play, I didn’t really count there, I had some appearances at specific times.

You may also like: “The boxes were for sale, for us from the warehouse”, TWO Cuban baseball stars CONFESSED EXCLUSIVELY

“For example, I had that first turn, then sporadically I had turns, until a game that we played nine left-handers that there I had four more turns, that day I batted 4-3”.

«During the eliminatory rounds I had good results against Sancti Spíritus, Santiago de Cuba, Pinar del Río, I had that virtue of batting opportunely against quality teams».

“We were a very good team and we had the incentive that we played with 60,000 people in the stadium, at least in the 45 games that we played in the Latino, we played to a full stadium.”

“All the teams that come to the Latino have the possibility of being seen because that is where the commissioners are, so they play us 110 percent. We have that that we always play at 100 percent, when the time comes we are ready, we have no pressure.

The phrase Alejandro “la Regadera” Regueira emerged from COCO at that time.

«I thank Andy for that, he is a very creative person, later he changed me and they gave me “the generator”, because he came from the bank and gave them that impulse. Malleta told me: “I don’t understand compadre, we are that we don’t give anyone a hit and you arrive in the ninth inning and hit and tie the game, you put this good”».

You may also like: “Get ready that you are the center field of the CLASSIC”, the incredible PREDICTION of the father of the Cuban major leagues

«Really, life rewarded me with that quality, little by little the opportunities were accommodated, they were always emergent, it was difficult for me to play because there was a lot of equipment, I initially played at first base and coincided with Scull and Kendry».

«After Kendry leaves and Malleta joins, the competition was tough. I was really a top hitter because whenever I played I had responsibilities in the batting order, but the other players had much more experience.

«It was difficult to be able to play at that time, not for pleasure in those years that Anglada was there, we discussed four championships and won three, that says a lot about how the fight was there».

In the following video you can enjoy the full show with Alejandro Regueira:

You may also like: «He had too many drinks and we had an altercation, the player from Industriales CONFESSED WITH a player from Santiago

“Playing in Industriales was NOT easy at all”, CONFESSED former player from the capital