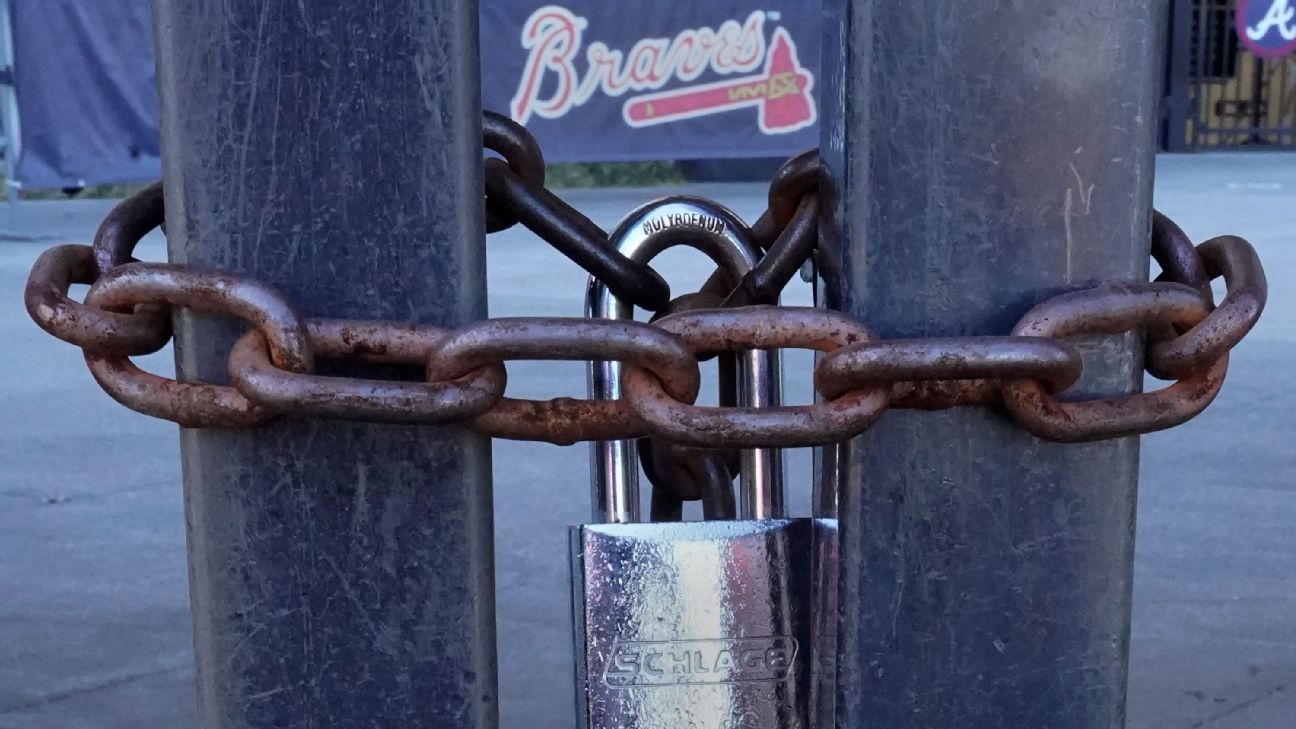 NEW YORK — Player negotiators presented their latest counteroffer to major league owners Wednesday after commissioner Rob Manfred missed a deadline he had set for a deal to preserve a 162-year season. games.

With various intervals, the parties spent 16 and a half hours during a round of negotiations that began on Tuesday and ended at 3 a.m. on Wednesday. They took a break so the players’ association could hold a conference call with its executive board.

Amid a mix of rain and snow, chief union negotiator Bruce Meyer and attorney Ian Penny headed to the MLB offices to present the new offers and then returned to union headquarters.

On the 98th day of the lockout, MLB reported that no more games had been canceled and negotiations were continuing.

On Tuesday, MLB presented several proposals to the players on the central economic issues: the so-called luxury tax, the amount of a new bonus fund for players who do not yet qualify for salary arbitration and the minimum wage. The league also insisted on its long-standing goal of creating an international draft to sign amateur players.

Teams would rotate by selecting players from various sections of the first-round draft over a four-year period. It would be something similar to what the union accepted starting in 2012 in the amateur draft that covers residents of the United States, Puerto Rico and Canada.

The international draft – which would begin in 2024 – would include fixed shifts that cannot be negotiated by individuals. MLB calculated an additional $17 million spent on international signings, on top of the $166.3 million spent by the 30 teams in 2021, plus $6 million on non-draft players.

International players will lose the ability to sign with the team of their choice. The age to enter the draft will be when the player turns 16 years old.

Tuesday’s deadline was the third set by MLB in the past two weeks.

It is the second longest lockout in baseball history.

Some 16 1/2 hours of negotiations that began Feb. 28 in Jupiter, Florida, made progress but broke down acrimoniously the next day, when Manfred announced that the first two series of the season for each team were off.

There seems to be no chance of opening the campaign on March 31, as planned. However, Major League Baseball had warned the union that Tuesday was the last day a deal could be reached that would allow a modified 162-game per club schedule to go ahead.

Complying with this complete calendar would allow the full salary and time of service that is taken into account so that the players can declare themselves free agents.

MLB on Monday offered to raise the salary cap from $220 million to $228 million, with certain concessions, a person with knowledge of the negotiations said, confirming a version of The Athletic.

The union started the week asking for 238 million.

The Players Association on Monday asked for a fund of 80 million for this year and the MLB proposed 30 million. While Major League Baseball is proposing a minimum salary of $700,000, the union has asked for $725,000.

Players present counteroffer on day 98 of the bosses’ strike