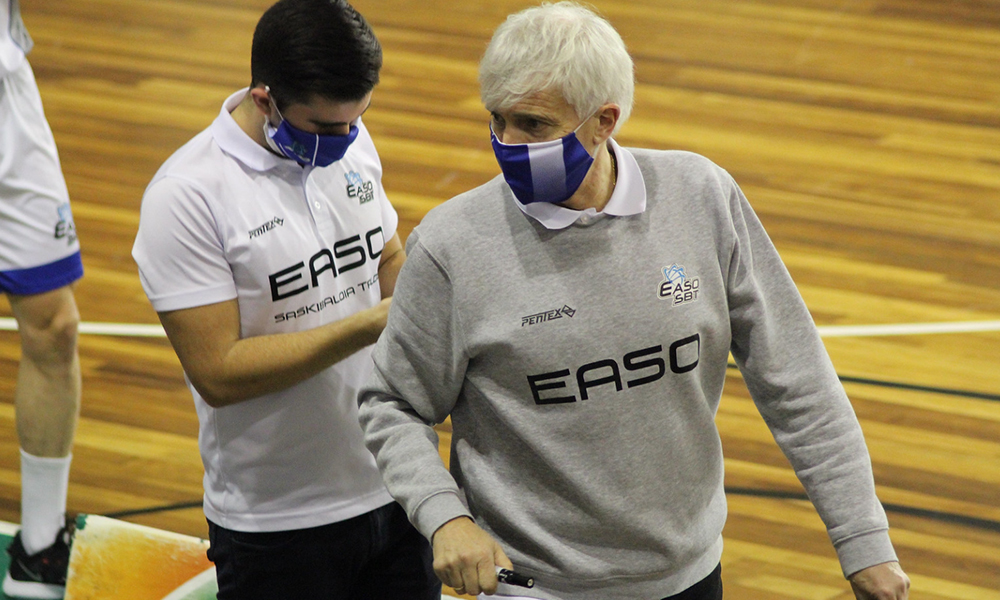 It has not been an easy season for Easo Bodegas Muga, an exemplary academy club whose first men’s team is one of the classics of Group AA of the EBA League and that not so long ago reached the Final Phases in which promotion is decided to LEB Silver. This is not the case this year, because with six games to go before the end of the league, the team from San Sebastian are tenth, with a victory ahead of the relegation zone. The bases of the competition foresee six descents to the National League, out of a total of 16 teams, so it was foreseeable that it would be a tough year and it was not ruled out to reach this situation, as his coach tells us Gotzon Arrieta (Donostia, 1957)inextricably associated with the club, “especially when Gorka Etxezarreta was injured for the entire season and also the injuries to Martín and Sarasola have made it more complicated”.

Sarasola’s loss in this second round is even more noticeable, because some of the rivals have signed in that position before the market closes. «The level is high and the opposing teams are reinforced, when we cannot count on Iñigo. We work to, from the game, supplant that loss, but it is not easy. As for Dorronsoro, in LEB Oro dynamics with Acunsa Gipuzkoa, Arrieta points out that «there are two aspects: one, the improvement of the player by training with LEB Oro…, but on the other hand we have less time so that we can all train together. And Urko González has been in the same situation. They are bets on the club’s future.”

And it is that Easo is a club that bets 100% on home players, which does not launch itself on the market to reinforce those positions in which an emergency may arise, unlike many of its rivals. “Honestly, I was already expecting them to get stronger… I wasn’t surprised,” he tells us when we ask him about the rise in level experienced by the teams in the lower zone during this winter, with Venta de Baños Veymaq OK Hotels and Becedo Santander in the lead.

The results throughout the season have been quite irregular, with a streak of six consecutive losses in the first round and another of five in the second. In between, four victories against the direct rivals they have to face in this final sprint for salvation. «We have had several blocks in the competition and initially we had leading teams…, except for Venta de Baños». Precisely the Palentinos beat them on both occasions: at home by the minimum in extra time and away in a game with very few points in which the comeback was frustrated in the end. «They have been our two worst games: the first, perhaps trusting; but the second was a very strange game, losing even the rebound, something that should not happen. Those results have weighed heavily on us.”

However, Gotzon tells us that “we have been growing and in the second round we have been on the verge of winning on the Santurtzi and Cantbasket pitches…, although in Burgos and Solares we did not measure up. We have to be more consistent, but with all the problems we’ve had, I think it’s something to be happy about.” He now has to face the last challenge, facing five of the eight rivals with whom the permanence will be played: «today, after winning the first in Zarautz, yes, I am optimistic».