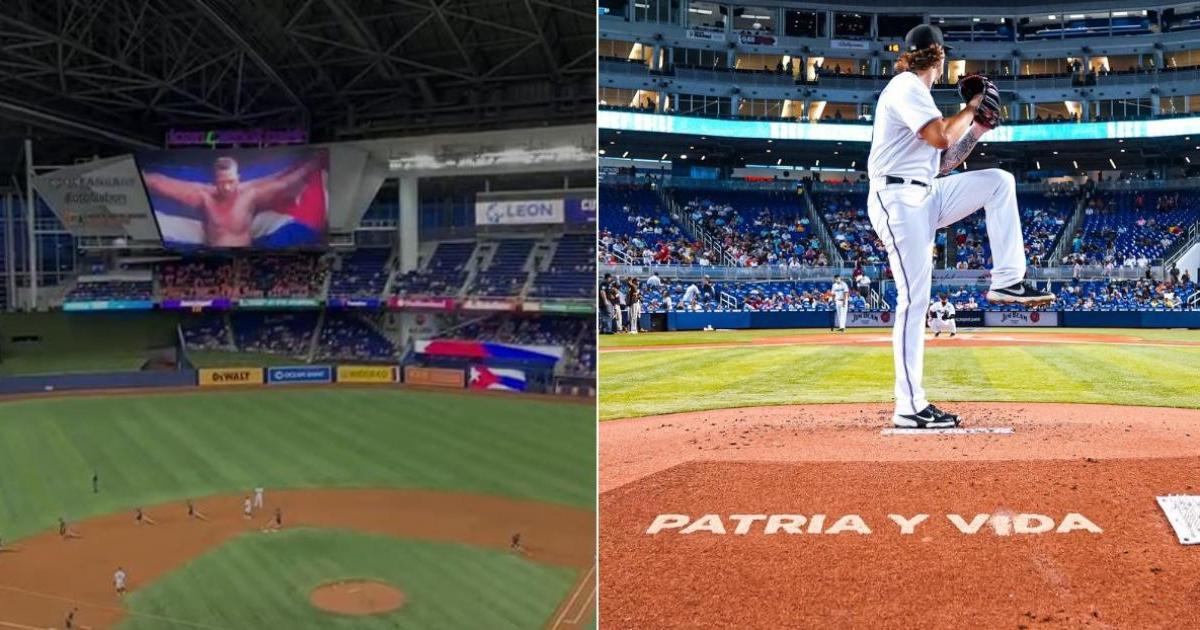 The Miami Marlins continue to be involved with the Cuban cause and have shown this in the last presentations of the team.

On Thursday, those attending the LoanDepot Park in Little Havana enjoyed the theme ‘Homeland and Life’, whose video clip was broadcast on the giant screen to echo throughout the facility, where a Cuban flag was also placed.

In addition, the slogan ‘Homeland and Life’ was stamped on the mound of the box, just behind the area where the pitchers of the local team and the San Diego Padres were placed.

Once again, Marlins Park witnessed the solidarity of the Cuban community in Miami with their compatriots who on the island took to the streets to demand their freedom and the end of the dictatorship.

The cry of ‘SOS Cuba’ is still present in the Marlins field of the Florida city, to the pride of the resident Cuban community.

On July 13 the Marlins put up a Cuban flag and a huge poster with the phrase ‘Patria y Vida’ in their stadium.

Since the massive protests took place in several Cuban cities, violently repressed by the regime forces, Miami has been the site of strong demonstrations by Cubans in support of their compatriots on the island.

Hundreds of emigrants have shown their support for the massive protests on the island against the dictatorship. Summoned by exile organizations, Cubans have concentrated in emblematic places of the city like the Freedom Tower or 8th Street.

Also in the Ermita de la Caridad, dozens of faithful Catholics participated in a novena of prayer for Cuba, every day at 7:00 in the afternoon from July 13 to July 22, in which they prayed for the freedom of their homeland and especially for the detainees and disappeared in recent days on the island.