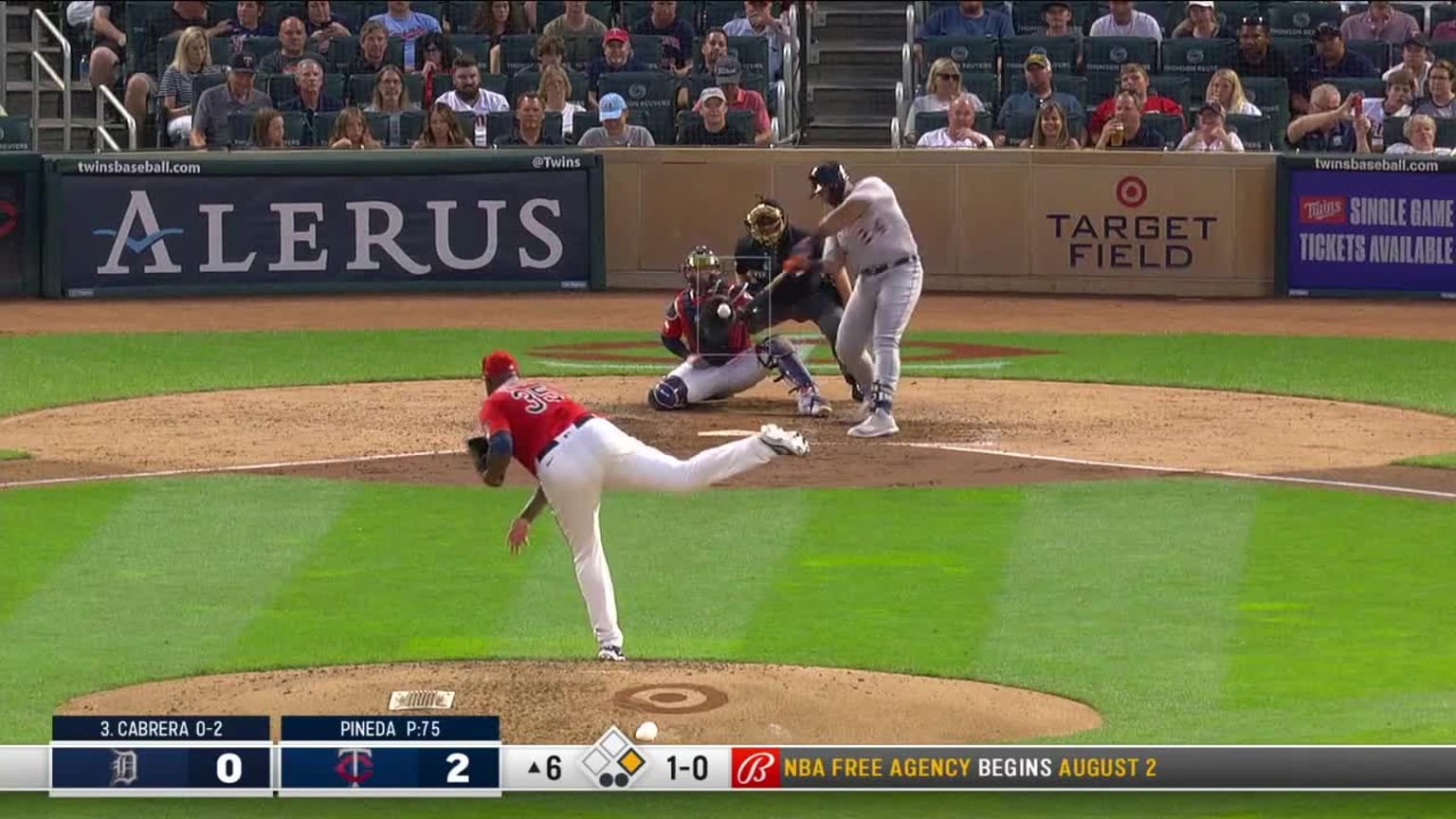 The Venezuelan of the Tigers from Detroit, Miguel Cabrera, shot his eighth on Monday home run of the 2021 season and is approaching 500 for life in the Big leagues (MLB).

Through the game Twins vs Tigers, Miguel Cabrera made itself felt and demonstrated its power to connect its home run Lifetime # 495 at Big leagues, being only five from the goal: the 500 that the 38-year-old Venezuelan aspires.

Cabrera has had really brilliant offensive weeks, but had not been able to go to the street, but starting a new week in the MLB connected home run to even the game 2-2 in the sixth inning against the Minnesota Twins.

The Venezuelan of the Tigers he was executed with that home run to the Dominican Michael Pineda, who left a four-seam straight in the power zone and this connected it with the specialty of the house, made his opposite band to reach 2,934 hits in his career in the MLB.

That new home run of Miguel Cabrera It had a departure speed of 103.1 miles per hour and reached 375 feet of distance, proving there is still gasoline in the tank to make history in the Big leagues.

What’s more, Cabrera he reached 1,100 extra-bases, 17 behind Jimmie Foxx and Ted Williams in 19th place in history, added to the fact that he reached 5,041 bases reached, the same as Mel Ott. He is 3 behind George Brett in 20th place in the entire history of the MLB.

As a bonus, that homer was Miggy’s number # 103 to right field, his wing countering. Without a doubt, the specialty of the house.