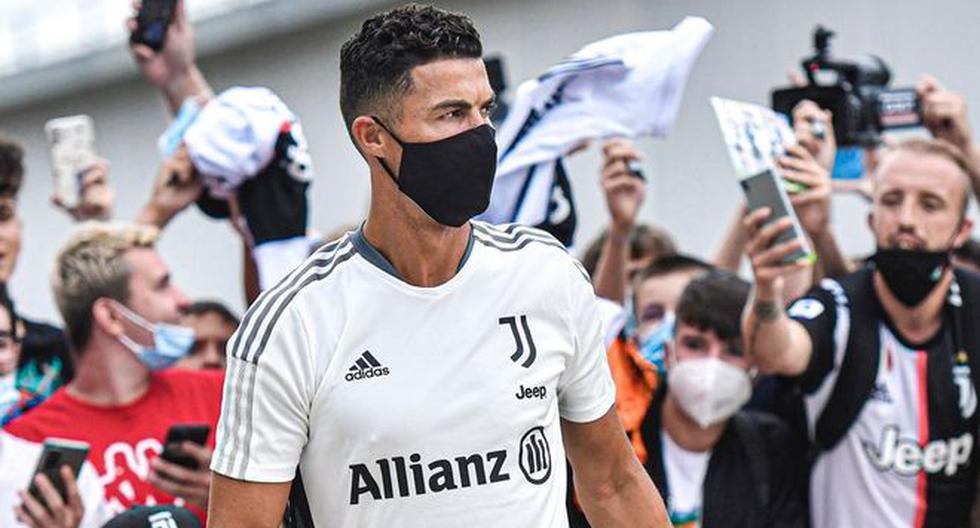 His future begins to clarify and confirm his continuity in Turin, although nothing has yet been said. Portuguese Cristiano Ronaldo He was applauded this Monday when he arrived, in the Italian morning, at the Juventus sports center to undergo the usual medical checks prior to the start of training with the Bianconero team, with a view to a new season, the fourth for him in Italy.

Christian He had permission, like the other Juventus internationals, to join the squad a few days late with respect to the start of the preseason, set on July 14, having played the European Championship with the Portuguese team.

The Portuguese landed in Turin with his private plane on Sunday afternoon and this Monday he arrived at J Medical, the medical center owned by the Juventus, wearing the white training shirt and a black mask.

Dozens of fans were waiting for him, Christian, whose contract expires in June 2022, granted photos and autographs. There were also flags of Portugal to receive CR7.

The ex-Madridista underwent medical tests before joining the rest of his teammates for a double training session under Massimiliano Allegri.

The fact that there are only eleven months left until his contract expires has fueled several market rumors about the future of Christian, but the vice president of the Juventus, the Czech Pavel Nedved, recently assured that the Portuguese will stay in Turin this season.

According to the ‘Gazzetta dello Sport’, Cristiano Ronaldo, who has just participated in the Eurocup, has communicated to the Juventus high command that he wants to continue being a ‘bianconero’ for the entire 2021-22 season.

It should be remembered that Christian came to the Juventus from Real Madrid in the 2018 summer transfer market for 100 million euros.