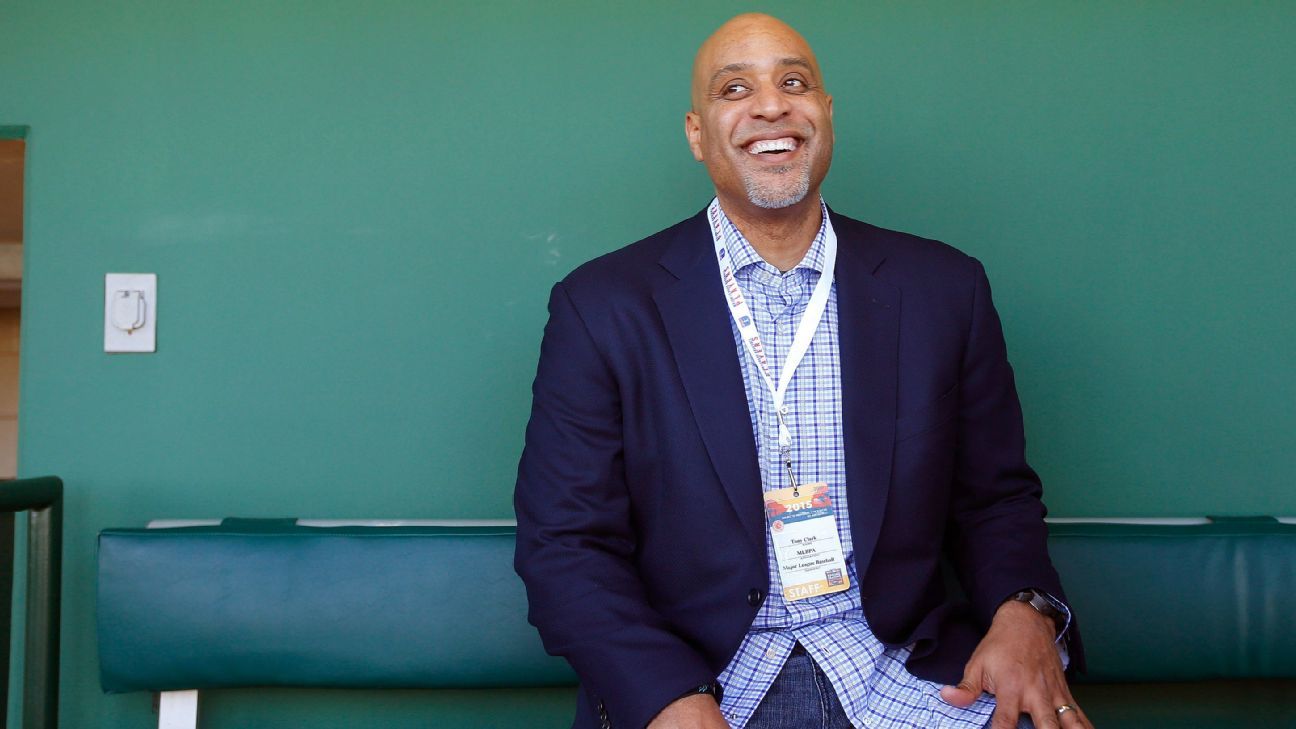 Beyond the stressful and long process of negotiations that threatened to break a peace that has lasted almost three decades in American professional baseball, the players are happy about the achievements made in the new Collective Labor Agreement (CBA) that they sealed with the office of the Major League Baseball (MLB) commissioner.

“As has been the goal from day one, the focus was a fair and equitable agreement,” said Tony Clark, the executive director of the Players Association, at a press conference with the leader of the association’s negotiating committee, the attorney Bruce Meyer.

“Our union endured the second-longest work stoppage in its history to make significant progress in key areas that will enhance not only the rights and benefits of current players, but those of generations to come,” Clark added.

The owners and the players reached an agreement Thursday afternoon to end the lockout declared by MLB minutes after the previous agreement ended, on December 1 of last year.

At 99 days, it’s the second-longest labor dispute in major league history, but thankfully it was resolved without canceling official games, something that hasn’t happened since the 1994-95 players’ strike wiped 938 games off the books. series regular and the entire 1994 postseason.

The new five-year CBA, approved by the MLBPA and ratified unanimously by the 30 clubs, will expire after the 2026 season. Here are the most significant achievements of the players in the agreement.

“The players remained committed and united from start to finish, reinvigorating our fraternity in the process,” said the former 2001 All-Star first baseman.

Clark and Meyer expressed satisfaction with gains in the minimum wage ($575,500 in 2021 to $700,000 in 2022) and competitive breakeven tax threshold ($210 million in 2021 to $230 million in 2022), as well as the introduction of a $50 million common fund for players who are not eligible for arbitration, a limit of five options per season and the addition of the designated hitter to the National League.

The new collective bargaining agreement, which runs through the 2026 season, also includes provisions designed to curb service time manipulation and tanking, two of the union’s main goals in negotiations. MLB will establish a six-team draft lottery in hopes of preventing teams from fielding lower-quality rosters in a race for top picks and will reward players with a full year of service if they finish in the top two in draft voting. Rookie of the Year regardless of when they were promoted to the Major Leagues.

The question is: Will that be enough to significantly incentivize competition?

“This is all a process over time,” said Meyer, hired as the union’s lead negotiator in August 2018. “Obviously, we wanted more drastic changes to address those issues. The league resisted that. We don’t expect that.” that problem is completely eliminated, but we are hopeful that it will be significantly better than it is now.”

The new deal was ratified around 6 pm ET on Thursday, lifting the lockout and opening the trade and free agent markets about an hour later. Players must report to their respective spring training facilities by Sunday, and Opening Day will take place on April 7, a week later than originally scheduled. A full 162-game season will be played, followed by a 12-team postseason.

The expanded playoffs came between the top gains for the league and its 30 owners, along with a shorter window to implement rule changes and the ability to place advertisements on uniforms.

Clark said the union entered negotiations seeking a “fair and equitable settlement” and credited the players’ commitment to finally securing one. Meyer described the process as “a long, arduous fight against a powerful adversary committed to maintaining the status quo or making things worse for players,” noting the league’s desire to keep luxury tax thresholds stable while dramatically increasing penalties for exceeding them.

“Like any deal, there were some trade-offs, and we always knew the change would be incremental over time,” Meyer said. “But players can be proud of what they accomplished here, and it sets up well to build and continue to make a profit well into the future.”

Tension between owners and players dates back to the ratification of the previous collective bargaining agreement in 2016, which paved the way for an era plagued by teams using tanking, service time manipulation and profitability that caused Player salaries will decline at a time of rising league revenue. The bitterness intensified when the sides failed to reach a mutual agreement on the coronavirus-shortened 2020 season and spilled over during collective bargaining agreement negotiations.

Seeking to incentivize competition, put more money in the pockets of young players, lower big-market spending limits and reinvigorate the free-agent middle class, the union initially sought structural changes such as earlier free agency, arbitration after two years and cuts in revenue sharing. His first proposal focused on economic issues came in May and the league did not respond until August.

Manfred instituted a lockout on December 2, hoping it would trigger an accelerated negotiation, but the two sides went 43 days without speaking.

Eight days of negotiations in Jupiter, Florida, in which the union gave in to requests about free agency, arbitration eligibility and revenue sharing, ended with Manfred postponing Opening Day on March 1.

The league had imposed another Tuesday deadline, this time threatening the entire 162-game season, and offered a higher luxury tax, apparently clearing the way for a deal. But the international draft, an unpopular mechanism for Latin American players who prefer a free market, emerged as a divisive issue that took two days to navigate.

The union has until July 25 to decide whether to accept a 20-round international draft for amateur players outside the United States, Canada and Puerto Rico starting in 2024.

“Players have heard me say this and I have no problem repeating it publicly: I’m not a fan of drafts in general,” Clark said. “Having said that, as part of this agreement, we agreed to have a conversation about the possibility of an international draft. And as long as there is a high level of integrity and commitment to negotiating on the parameters, then we will have a good conversation about that.” But no one is rushing to impose more restrictions on players, whether domestic or international.”

MLBPA pleased with achievements in the new labor agreement