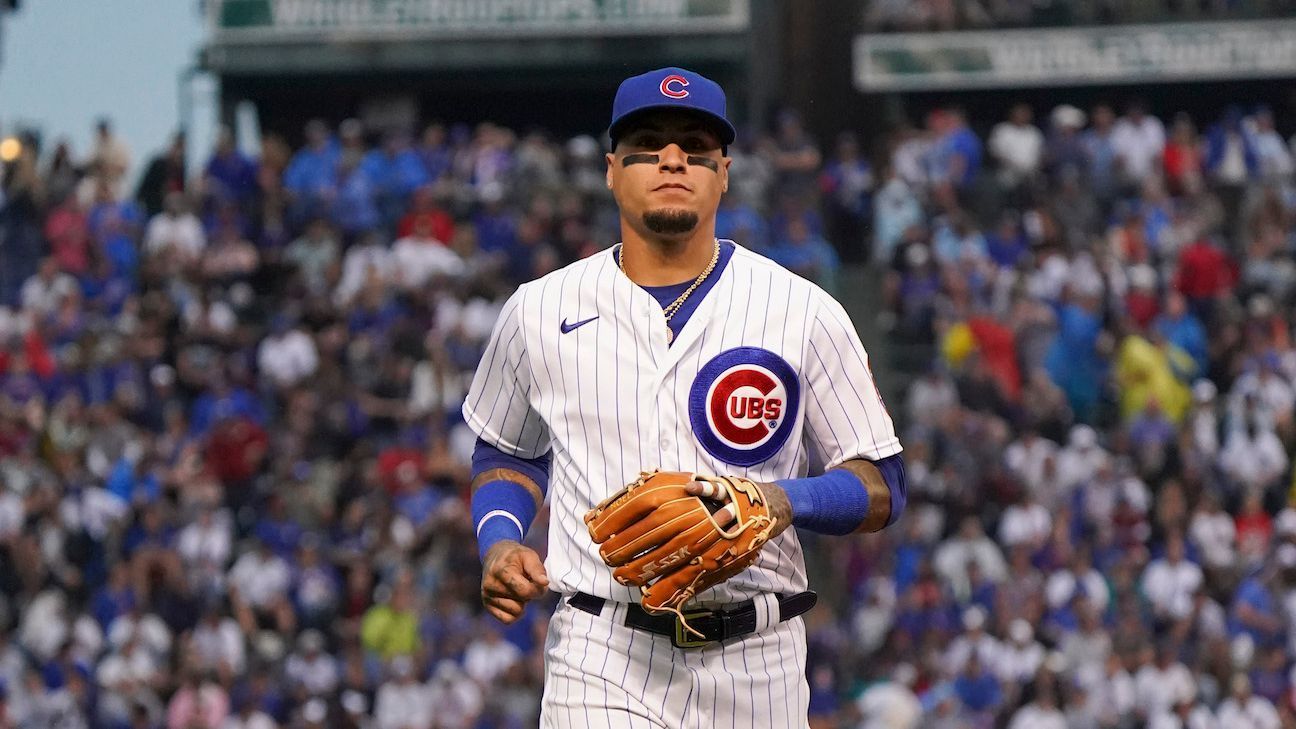 About three dozen Latin Americans, many with the category of stars and other prospects who have not yet reached the big top, were transferred in recent weeks, most in the final hours of the deadline that the commissioner’s office puts the mid-market market. season.

On one of the busiest dates in recent times, the Los Angeles Dodgers, San Francisco Giants, Toronto Blue Jays, Chicago White Sox, New York Yankees, New York Mets and Boston Red Sox had the most spectacular purchases, while the Chicago Cubs and Washington Nationals sold whatever valuable was available. Minnesota Twins also sold freely, but not in the same proportions.

The last date to trade players that can be used in the postseason is generally July 31, but since that day is Saturday in 2021, it was agreed to advance to Friday the 30th.

Since 2019 it has been agreed to eliminate the exchange market through waivers in August, but in practice, a player can still be added to a club’s postseason roster before September 1, but only if he claims it directly from the club. list of available from another set. What is not allowed is to exchange players.

These were the main transactions made in recent weeks in the Major Leagues.

Los Angeles is the second team with two pitchers with three Cy Young trophies (Scherzer and Clayton kershaw), in addition to having two other award winners and four MVPs on the roster.

Also, they loaded with the veteran left-handed pitcher Danny duffy from the Kansas City Royals for a player to be named later.

Washington Nationals: In addition to Scherzer and Turner, the Nationals came out of the receiver Yan gomes, the OF Kyle Schwarber, the starter Jon lester, relievers Brad Hand and Daniel hudson and the infielder Josh harrison. A real carnage for the 2019 championship winner.

For Schwarber they got Mexican pitcher Aldo Ramírez, for Hand they added catcher Riley Adams from the Toronto Blue Jays and for Hudson they got pitcher Mason Thompson and infielder Jordy Barley from the San Diego Padres. From Oakland Athletics they received catcher Drew Millas and pitchers Richard Guasch and Seth Shuman, for Gomes and Harrison. Lester was moved to the St. Louis Cardinals.

Chicago Cubs: Chicago for its part released 1B Anthony Rizzo, Puerto Rican SS / 2B Javy Báez, 3B / OF Kris bryant and the relievers Craig kimbrel and Ryan Tepera.

They sent Rizzo and cash to the New York Yankees for Dominican prospects Kelvin Alcántara (OF) and Alexander Vizcaíno (pitcher). Kimbrel and Tepera ended up with their neighbors White Sox and Bryant on the Giants.

In the business for Bryan they received Dominican outfielder Alexander Canario and pitcher Caleb Kiliam from San Francisco, both important prospects.

Toronto Blue Jays: On the day they returned home, for the first time in 22 months, the Blue Jays caught Berrios, one of the best pitchers on the market, from Minnesota. Pitcher Simeon Woods-Richardson and Infielder Austin Martin passed to the Twins.

Boston Red Sox: Boston got Schwarber from Washington and the Dominican reliever Hansel robles from Minnesota.

Chicago White Sox: One of the best teams of the season, the White Sox were reinforced with Kimbrel, Tepera and Venezuelan 2B Cesar Hernandez, the latter from rivals Cleveland Indians, by minor league southpaw Konnor Pilkington.

For Kimbrel they yielded to 2B Nick madrigal and to the right Codi heuer and for Tepera to left-handed Bailey Horn.

Tampa Bay Rays: In May, the Rays sent the Dominican shortstop Willy adames and to the right Trevor richards to the Milwaukee Brewers for rights JP Feyereisen Y Drew rasmussen.

Last week he traded the Drew Strotman and Joe Ryan to the Minnesota Twins for right-hander Calvin Faucher and Dominican slugger Nelson Cruz, and sent the left-hander. Rich hill to the New York Mets for catcher Matt Dyer and right-hander Tommy Hunter.

In the final three days of the term, he traded reliever Diego Castillo to the Seattle Mariners for 3B Austin Shenton and right-hander JT Chargois. They also bought reliever Shawn Armstrong from the Baltimore Orioles.

Miami Marlins: They sent Dominican outfielder Starling Marte to the Oakland Athletics for left-handed pitcher Jesus Luzardo, a Peruvian-Venezuelan with great projection but who has had trouble adjusting to the major leagues.

San Diego Padres: General manager AJ Preller knocked on all the doors looking to add to his team everything that could be missing to claim his first World Series. Preller got reliever Hudson from Washington …

Atlanta Braves: With the Venezuelan Ronald Acuña operated and out until next year and the Dominican Marcell ozuna Waiting for a possible domestic violence penalty, Atlanta went out to find outfielders.

Apart from recovering Duvall from Miami, he acquired the Puerto Rican Eddie rosario (from Cleveland) by the Venezuelan infielder Pablo Sandoval and Cuban Soler from the Kansas City Royals for pitcher Kasey Kalich.

But the Braves also added the Dominican closer to their roster. Richard Rodriguez, paying with pitchers Bryse Wilson and Ricky DeVito to the Pittsburgh Pirates.

Philadelphia Phillies: One of the worst defensive teams in baseball landed one of the best hands in the game, acquiring the Venezuelan shortstop. Freddy galvis from the Baltimore Orioles.