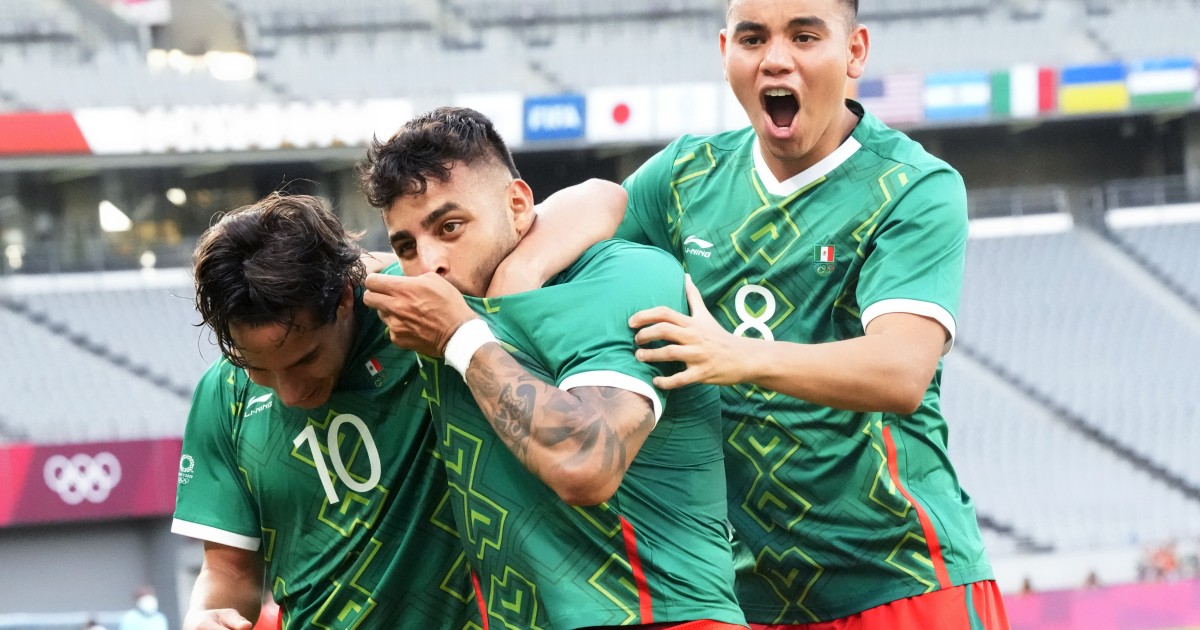 This Saturday the quarterfinals of the men’s tournament at the Tokyo Olympic Games are played in which the Mexican team faces South Korea in the match that closes the day of four games that are played one hour apart from one of the other.

Mexico, second in Group A, will face South Korea, winner of Group B, in a match of reserved predictions due to the equality of forces that both teams showed in the group stage. Mexico will face the highest scoring team of the tournament, South Korea, with ten goals.

For its part, Japan, the host, agreed as the only one with full points and with great performances by its star Takefusa Kubo that invite them to dream of gold in their country. The big favorites such as Spain and Brazil left doubts in the first three games and, although they face matches against lower-level teams such as Ivory Coast and Egypt, respectively, they have shown great defensive solidity.

All matches can be seen in the United States on NBCOlympics.com.

Both teams suffered until the last second to be in this round. The draws to one they achieved in their last matches made them one goal away from being eliminated, but both go to a few quarters and will play in Miyagi a match in which Spain is expected to dominate the ball. That is the hallmark of the team led by Luis de la Fuente, as well as, unfortunately, the lack of a goal. Only two scored in 42 shots and now comes an Ivory Coast that only conceded one against Germany and none against Brazil. With their physical might and defensive strength, the Africans will seek to surprise.

There is nothing like knowing the terrain before facing a war, and this is giving the hostess strength. Nine points out of nine possible, with seven goals in favor and one against. These are the numbers of Japan in three games in which, In addition, Kubo has scored three goals. Unleashed with his country while his future is in the air, he makes the Japanese fans dream. In front of a New Zealand that only won in its debut and that earned it to get into the quarterfinals on goal difference. A 4-4-2 trusting everything to his best player, Burnley striker Chris Wood.

The ‘canarinha’ started with a 4-2 against Germany that even seemed little, but there their good feelings languished in these Olympic Games. Draw zero against Ivory Coast, yes, with one less for 66 minutes and a 1-3 victory against Saudi Arabia in which the result is deceiving. They were playing first place, but they were seen playing at a very low rate. The main weapon of Brazil to defeat the tough defense of Egypt, which Spain already suffered, will be Richarlison. The Everton striker is the top scorer with five goals and will have a major challenge against an African team that has only conceded one goal, and rebound in a corner against Argentina.

Tournament similar, for sensations, to that of Brazil. Diego Laínez, from Betis, dazzled in the debut and they won 4-1 against France, but they could not with Japan (1-2) and beat South Africa (0-3) on the last day to get into the quarterfinals. La Tri will face a South Korea that in its group came out not to speculate. ten goals scored in two games – they lost 1-0 against New Zealand. Mexico scored eight, so the day the attackers have will be key to see who goes to the semifinals.

With information from EFE.