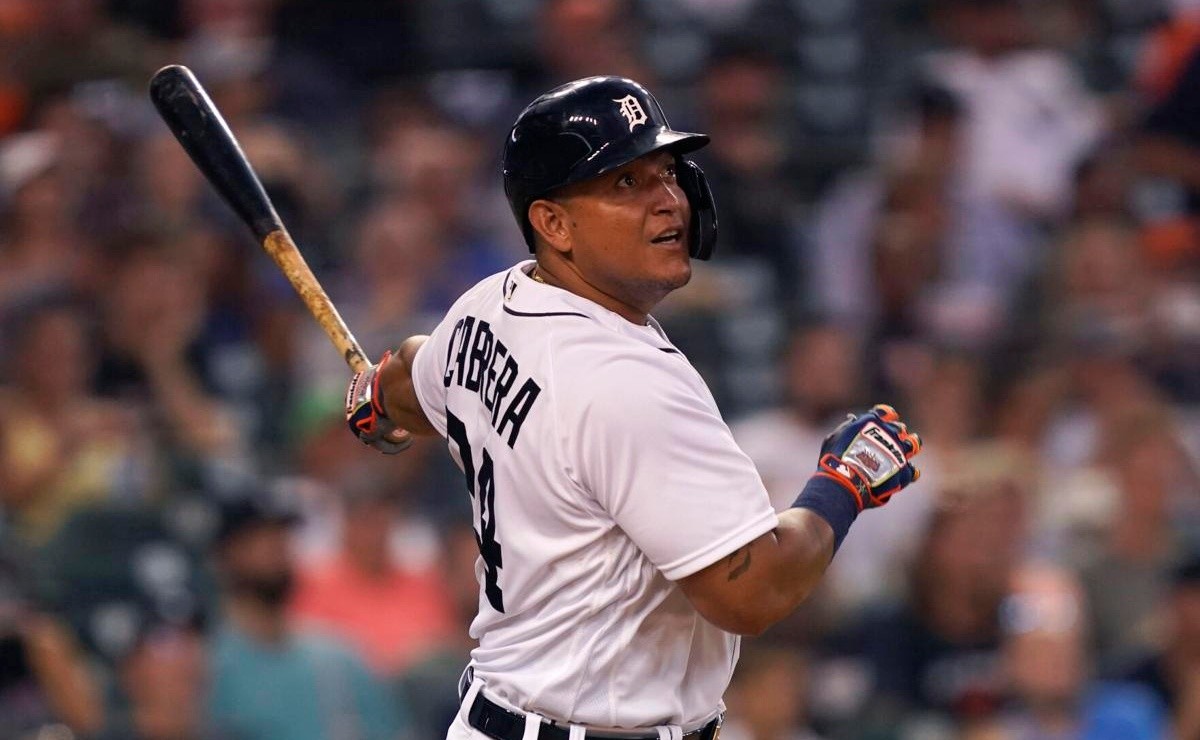 The Venezuelan Miguel Cabrera recorded a two-homer, three-hit game Thursday night for the second time this season for the Detroit Tigers, the other on May 21 in Kansas City. I hadn’t done it in Comerica Park in almost five full years, the last time it came on July 31, 2016.

Those numbers were looked over his shoulder as he stepped into the batter’s box. On two occasions, he was able to do a home run jog, look out as he circled first base and smile as the Tigers staff hastily changed cards and updated the numbers. Also, Miggy chases Albert Pujols and David Ortiz in more games of at least two home runs (43) since 2003:

Despite his 496 and 497 career home runs, both on his jog and in the Tigers’ third straight win, his reaction was almost as important. He has always focused more on team success than individual milestones.

It may interest you: MLB Miguel Cabrera hits his HR 494 and leaves behind Lou Gehrig and Fred McGriff

When he won the Triple Crown in 2012, he needed his teammate, Prince Fielder, to tell him to enjoy it in the middle of a playoff race. The smile on his face, the rebound in his stride Thursday made it clear that he was enjoying this, in part because his teammates are enjoying it with him.