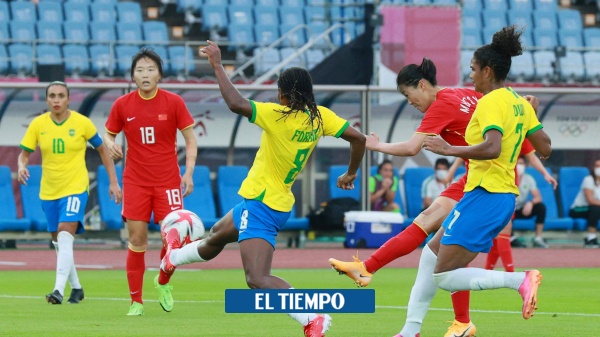 To the Brazilians the Olympic dream falls again, again against Canada.

To the Brazilians the Olympic dream falls again, again against Canada.

Canada once again deprives the ‘canarinhas’ of an Olympic medal after defeating them in Rio 2016.

Brazil said goodbye to Tokyo-2020 after losing to Canada a match that ended 0-0 and was decided on penalties (4-3), with the Canadian goalkeeper Stephanie Labbé sealing the pass to the semifinals after saving the pitches of Andressa and Rafaelle.

(You may be interested in: Controversy in Mexico over uniforms that the softball team discarded)

Five years after the mourning for him Rio-2016 bronze won by the Canadians, both teams met again in a blow-exchange match, in which neither team managed to open the scoring within 120 minutes of regulation time and overtime.

(Can read: Mariana Pajón and Vincent Pelluard received threats during the Olympics)

The two clearest chances of the match were divided into one for each team, with Debinha (minute 40) erring in a heads up against goalkeeper Stephanie Labbé and Vanessa Gilles heading to the crossbar of Barbara’s goal when the hour of the match was reached.

After an extension in which Brazil He tried harder, penalties came, where Christine Sinclair started the shootout missing hers. Brazil was ahead until the fourth pitch from eleven meters, when Andressa was met by Stephanie Labbé’s save, who would become a Canadian hero after sealing her arc again on Brazil’s fifth pitch that Rafaelle failed to convert.

With this victory, Canada already expects a rival for Monday, which will come out of the confrontation between the United States and the Netherlands, to fight for a place in the final.