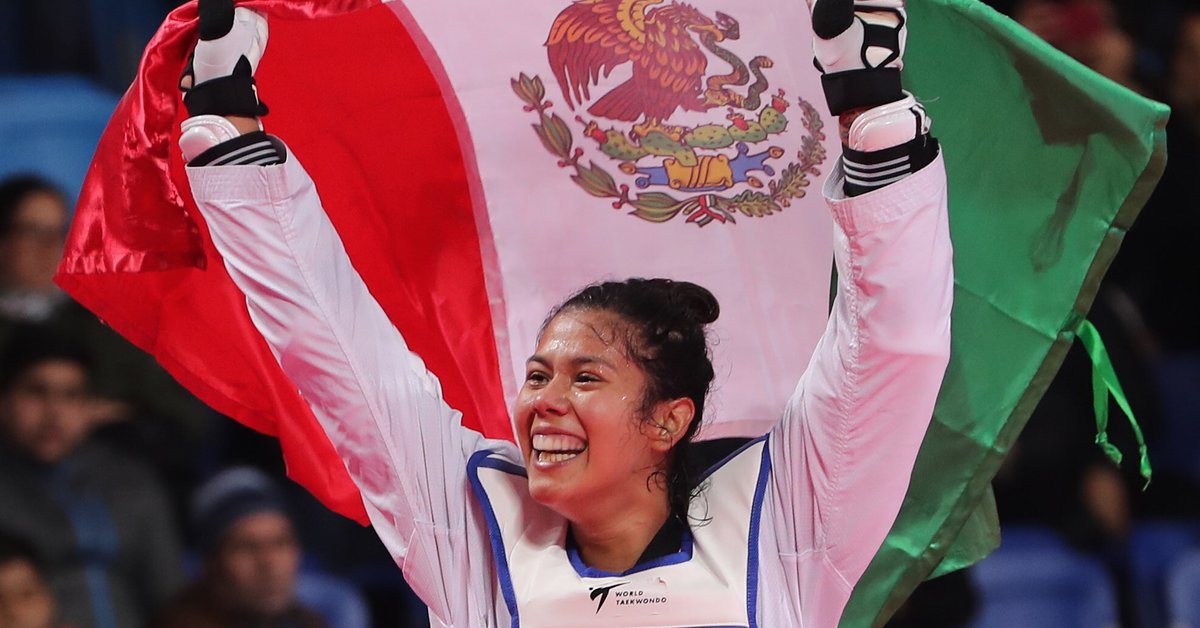 
To get to the taekwondo contest of the Olympic Games, the Mexican Briseida Acosta had to beat María Espinoza, triple world and Olympic medalist, which allows her to assume that she has what to win with a medal in Tokyo.

AcostaWorld runner-up in 2013 and bronze in last year’s World Cups, she is going through the best moment of her life at the age of 27; has been at the top for a decade, but the shadow of Espinoza It prevented him from growing, which he intends to do from now on.

In 2010, at the age of 19, the fighter became known with the subtitle in the Olympic Games of the Youth in Singapore and three years later it was the second best in the world in its division, from which it became a stone in the shoe of Espinoza, the best Mexican athlete in history.

Eliminating the heroine of taekwondo in the selective for the Pan American Games, winning the continental joust and winning bronze in the World Cup have been the blows of Acosta in the last two years and now it appears as a certain bet of Mexico in the 67+ kilogram division of the taekwondo tournament.

Since he officially arrived at the Olympic Games, in Sydney 2000, taekwondo is the sport in which Mexico more shone with two gold, two silver and three bronze medals. Acosta and the world runner-up Carlos Sansores, at +80 kilos, they will be the representatives of the country.

Both will be candidates for medals in an atypical joust, with questions about the sports form of the favorites as a result of the pandemic. Sansores It was the surprise of the Manchester World Cups two years ago when they reached the final that he lost with Cuban Rafael Alba Castillo, favorite to win gold in Tokyo.

With a sober style, Sansores maintains the ability to surprise in international tournaments; He behaves with humility and that, together with his technical level, will be something in his favor in a tournament with concentrated quality in which a mistake will make a difference, but it can also make him stay focused as is usually the case with the Mexican.

Although taekwondo, jumping, archery, softball and soccer are sports in which Mexico has reason to hope, baseball paints as the question that can give the country a medal.

The competition of baseball It will be with only six teams: Japan, first in the world ranking, Korea, third, United States, fourth, Mexico, fifth, Dominican Republic, seventh, and Israel, twenty-fourth. The Mexicans suffered a few weeks ago the dismissal of the manager Juan Gabriel Castro placeholder image, who protested the lack of support in the preparation and it remains to be seen if that did not cause cracks in the group. One of the questions is whether the new manager, Benjamin Gil, you will be able to maintain harmony.

From the hand of Castro, Mexico eliminated the United States in the Premier 12 and qualified for Tokyo, in the best international baseball performance in the country in history.

Gil will feature a southpaw-led pitching corps Oliver Perez, who won 73 games in Big leagues, and Héctor Velázquez, of the Houston Astros, and an offense led by Adrian Gonzalez, with 317 home runs in the majors and with quality figures such as Brandon Laird, third baseman for the Japanese Chiba Lotte Marines, and Joey Meneses, of the Boston Red Sox.

In the Premier, Mexico offered great resistance to Japan and Korea and defeated the United States and the Dominican Republic, which means that he can treat the other medal candidates. If you show your class to those four and don’t underestimate the enigmatic Israel, with foreign reinforcements, you may be the surprise of the competition.

This was the great goal that Gignac put Guillermo Ochoa in France and remembered before the Olympics
Mexico vs France in Tokyo 2020: what is the forecast of the experts
Carlos Gutiérrez de Pumas suffered a fracture and will miss the start of the Apertura 2021