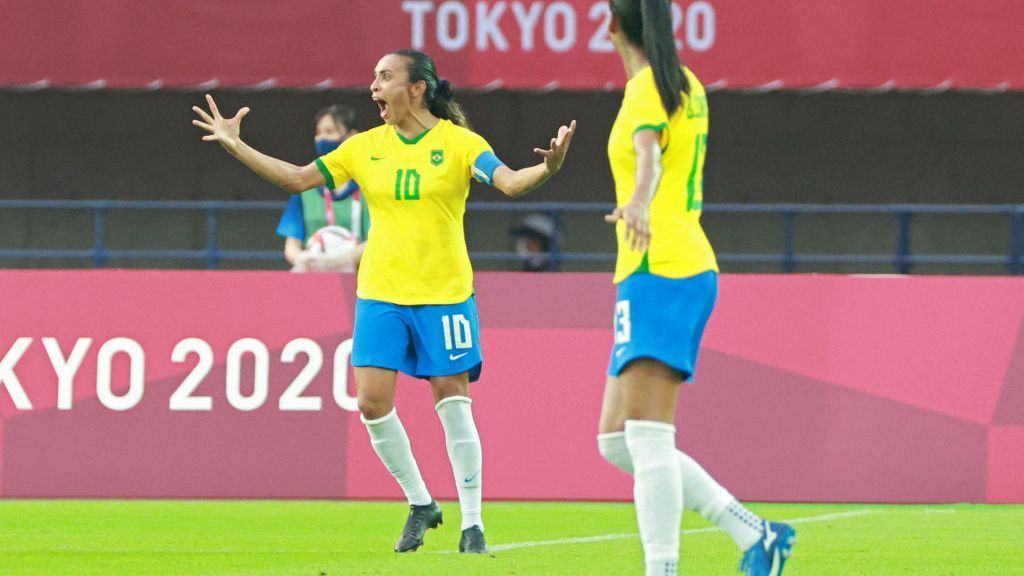 A historic event was experienced in Brazil’s victory over China on its debut at Tokyo 2020 when Marta scored and became the first footballer to do so in five consecutive Olympics.

The international star Martha, six times voted the best in the world, directed the show of force of Brazil that beat China unceremoniously, at the opening of the Tokyo 2020 Olympic Women’s Soccer Tournament.

Marta signed two of the five goals for the South American team in an “exceptional” duel, due to the presence of spectators. They were able to attend “several thousand people according to the regulations of the local authorities” when it was disputed in Miyagi. Along with Shizouka and Ibaraki, the only three venues in which the public is allowed in the venues, who on this occasion were able to enjoy the good football displayed by the ‘canarinha’.

Marta, with six FIFA awards for the best player in the world in her showcases, arrived at the Tokyo Olympics at the age of 35, but with the hunger of a debutante. Brazil is resistant to gold – two silver medals in Athens 2004 and in Beijing 2008 – and this Wednesday it showed that it has the resources to debut.

Minute 9 of the game and Marta scored the first goal picking up a loose ball inside the area. At m.22, Debinha took advantage of the weakness of the Chinese goalkeeper, Peng Shimeng, who failed to catch a low shot from Beatriz. 0-2 and party on track at the first change.

Miao Siwen’s hard shot, in the 41st minute, which was taken by goalkeeper Barbara in a spectacular action, was more of a mirage than a warning, since there were the dangerous actions of the Chinese team.

In case there was any doubt, Marta certified her double in the 75th minute taking advantage of the indecision of up to three Chinese players to get a ball into the area. Shot hit the first post to which the goalkeeper Shimeng reacted late again. From here, the Asians lowered their arms and Brazil certified their win.

First Andressa from a penalty at m.82 and Beatriz already at .89 closed a match that served the ‘canarinha’ to demonstrate their candidacy for gold.