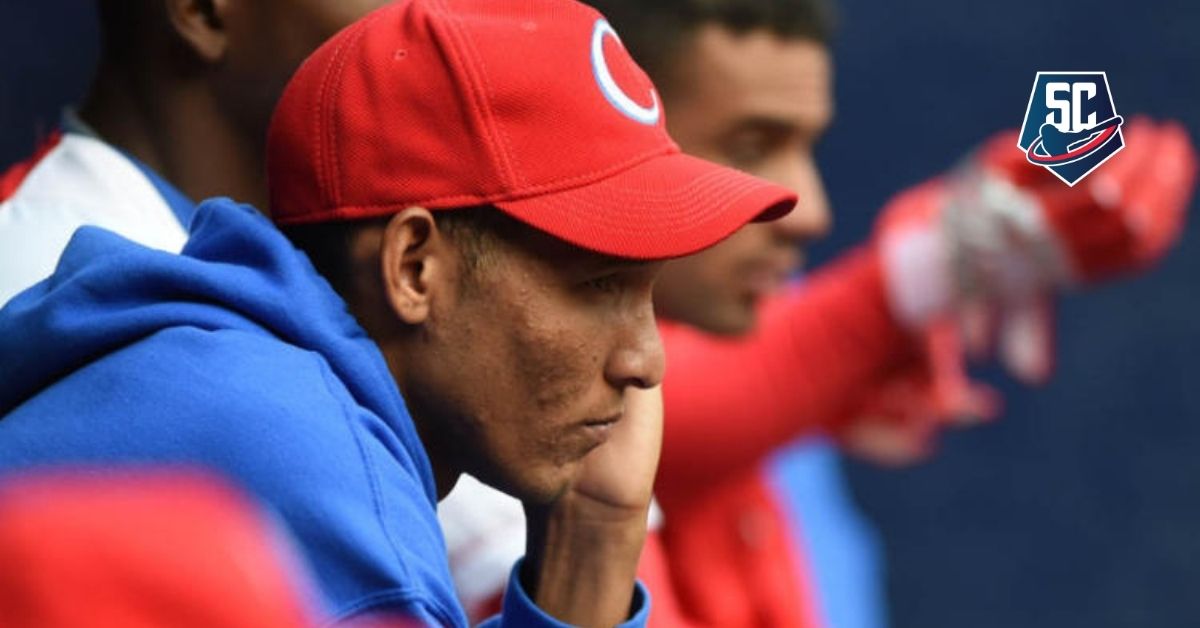 The first hours of this Friday, March 4, 2022, arrived with great sadness for Cuban baseball fans and especially for the Santiago de Cuba Wasps team.

Just two days after his 28th birthday, the indomitable young pitcher Ulfrido García Andújar died of a heart attack, according to what was reported to Full Swing various sources near the player.

It may interest you: LAST MINUTE: Important figure of Cuban sports passed away

Jesús Daniel Agrás Montoya, administrator of the Facebook page of the Avispas Santiago, made the news public on social mediasharing a message full of sadness and nostalgia.

«A very sad dawn for all the fans from Santiago and Cuba in general. We have just received the heartbreaking news of the death of Ulfrido Garcia, Oh my God ; how much sadness Still few items. We will provide more information later in the day. Rest in Peace little brother. On behalf of this great family and the administrators, we send our most sincere condolences to his family, friends and team.

It may interest you: Ugás vs. Spence Jr: SILENCED Cuban boxer to ShowTime

As reported by the journalist Cuscó Tarradell on his Facebook page, Ulfrido’s death occurred suddenly, “victim of a heart attack”, around 4:30 in the morning in Los Altos of the 30 de Noviembre neighborhood where the serpentine player lived, in his native province of Santiago de Cuba.

Ulfrido was “recovering from an injury to his pitching arm during this Cuban baseball campaign. Last year during the month of February he received a stem cell implant in his shoulder due to wear on one of the tendons, although it was not entirely successful due to the rush of rehabilitation, “said Tarradell.

«Two days ago, Ulfrido was all joy, because he celebrated his 28th birthday with his friends, where they say he laughed like a child. Sadly, he leaves in this world his little daughter Samantha García, only one year old, and his wife Gretel Rodríguez, who accompanies his family on this gray day, along with pitcher-friend Danny Betancourt », added the journalist.

The director of the Wasps of Santiago de Cuba, Eriberto Rosales, commented:

«Ulfrido had immense motivations, he dreamed and was preparing to return to the elite of our national series. This death is incredible and hard for those of us who knew and admired him.

It may interest you: THE SUSPENSE IS OVER: Canelo vs. Bivol ANNOUNCED venue and date

Ulfrid He worked as a pitcher in eight National Series for the Wasps team since his debut in 2012 and until 2020, in addition to being a reinforcement of La Isla in Series 54, of Granma in Series 55 and 57 and of Holguín in Series 54. Series 58.

The indomitable young pitcher missed the last 60th edition of the National Series due to an injury to his throwing arm, the same reason, in addition to some situations in his personal life, which kept him away from the Santiago team in this 61st Series.

It may interest you: ANNOUNCED Yadir Drake important NEWS for Matanzas

As Cuscó Tarradell specified in his publication, the player’s body will be veiled throughout the morning of this March 4 in Cabaña, Las Perlas Popular Council, a town in the Songo La Maya municipality.

Reach out to all your family, friends, teammates, condolences on behalf of the team at Full Swing

LAST MINUTE: Pitcher died in Cuba at the age of 28