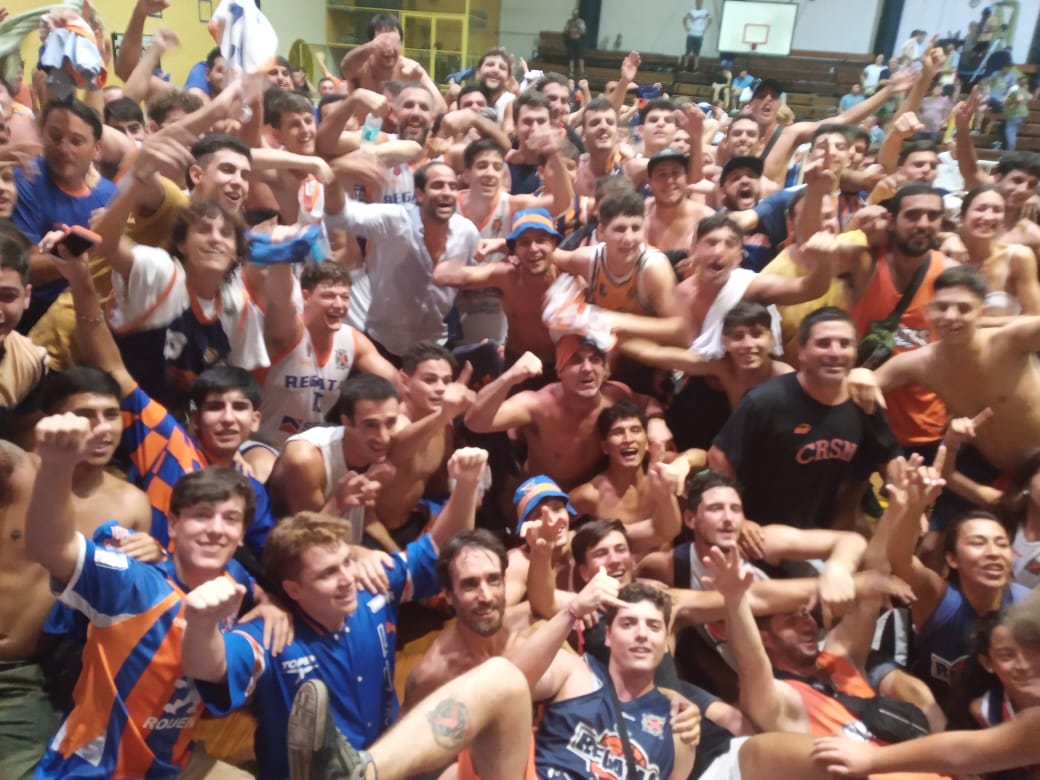 In a movie finale, with a triple by Valentín Ingrata on the buzzer, Náutico beat Gimnasia as a visitor 76 to 75, adding its fifth victory in the same number of presentations and remaining as the only leader of the CAB 1 Region Division, disputed six dates. On Sunday, the Dastugue team will receive Somisa in the first of the two classics that they will have to face. Then, on Friday, he will be a visitor to Belgrano.

From the Editorial Office of EL NORTE
secciondeportes@yahoo.com.ar

Regatas achieved an agonizing victory in Rosario against Gimnasia and, after six dates of the Federal Basketball League, was the only leader of the CAB Region Division 1. In addition, Náutico will arrive undefeated at Sunday’s duel in “La Ribera” against Somisa, the first of the two classics in a row that he will have to face (on Friday he will visit Belgrano). A triple over Valentín Ingrata’s buzzer allowed him to celebrate Regatas in an incredible ending; and after his rival missed three of the four free throws he had to settle the story. He missed two Meinero (he had 5-7 until then) and later one Chiana (he had scored 2-3). This, on the second attempt, scored. With 5 seconds to play, and without Time Out to ask for, Regatas replaced it under his rim through Andollo, Santiago López dribbled and when it seemed that the ball was slipping away from him, the point guard almost magically handed it to Ingrata (even confusing Tragilia, who defended him). And the shooter, who is likely to make such distant shots (in other circumstances, yes) and who in the attack prior to that definition had actually converted another from a shorter distance, more than nine meters from the hoop, nailed a three-point shot , which was celebrated ad nauseam by the large regatta audience that accompanied his team.

It was a close match from start to finish and practically no advantages were gained, although, after an unfavorable start, it was Regatas who was in command of the result for the longest time, reaching a difference of eleven (maximum, 39-28). . In the second half they went stick to stick, until Regatas, midway through the last period, managed to get a light eight (67-59). There Gimnasia responded with a 9-0 run, going on to win by one with two and a half minutes to play. With that impulse, Gymnastics reached the epilogue more fully. But he forgave his adversary, and a intoned Regatas, did not let the chance pass.

In yesterday’s remaining match, Náutico Sportivo Avellaneda (with 31 points from Juan Pablo Stegmayer) came out as a loser after beating Temperley (22 from Andrés Ottolini) in a foreign redoubt 96-82, who with this result was in last place. It is worth remembering that on Wednesday at the beginning of the day Belgrano had beaten Atalaya and Sportmen to Provincial. Somisa had a rest this time, coming off two crashes in a row and on Sunday he will try to recover from a Regatas team that will arrive with their spirits through the roof.

FEDERAL BASKETBALL LEAGUE: REGATTAS ACHIEVED AN AGONIC TRIUMPH, REMAINS UNDEFEATED AND IS THE ONLY POINTER