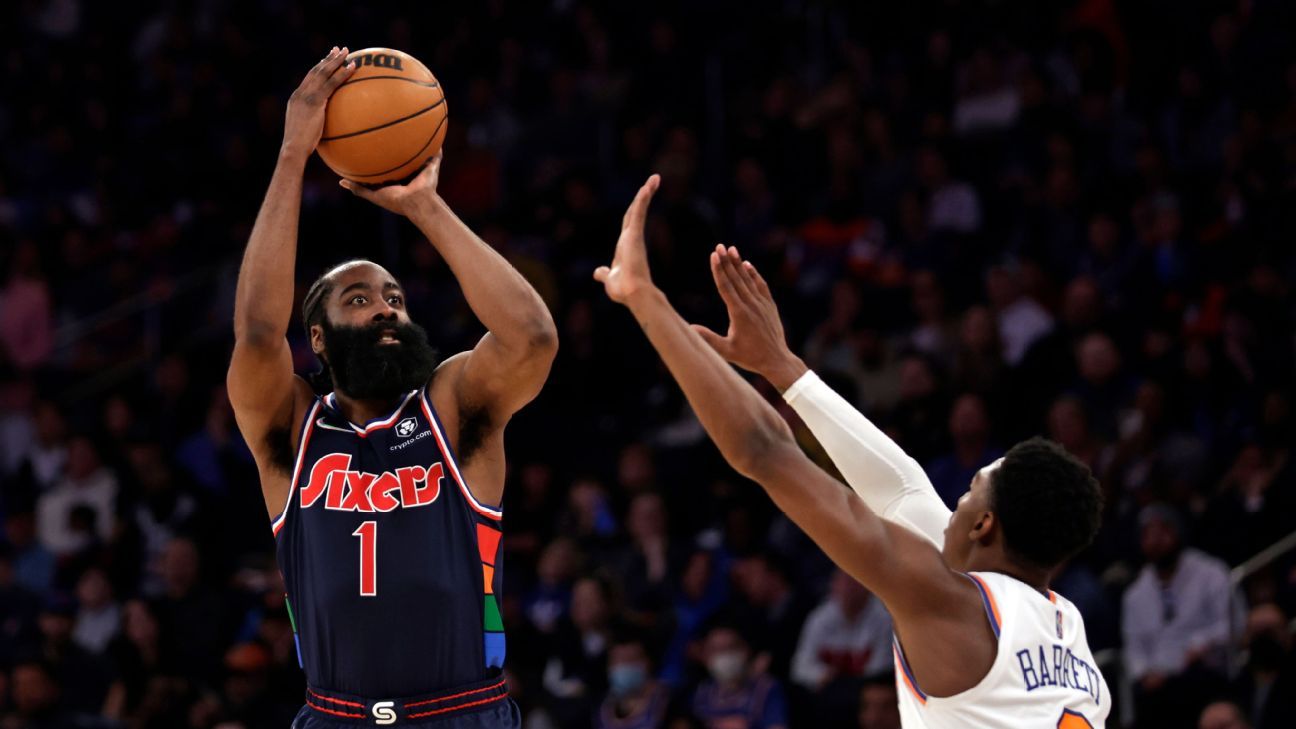 The surprising change of james harden from the Brooklyn Nets to the Philadelphia 76ers seems to have been favorable for the ‘City of Brotherly Love’, at least while Ben Simmons make your debut with Kevin Durant and company.

Since February 25, the date that ‘The Beard’ debuted with Philly in the 133-102 victory over the Minnesota Timberwolves, the shooting guard has been living a real fairy tale and his romance with the fans is hours away from having a new and historic chapter.

The 15-year-old NBA veteran is just four 3-pointers away from overtaking Indiana Pacers legend Raggie Miller as the third-best sharpshooter of all time.

Going into Friday’s game against the Cleveland Cavaliers at the Wells Fargo Center, Harden has made 2,557 three-pointers throughout his NBA career, wearing the jerseys of the Oklahoma City Thunder, Houston Rockets, Nets and now Sixers.

Miller, who played all 18 seasons of his professional career with the Pacers, had 2,560 shots from the arc to occupy, for the moment, the third place among the best 3-point shooters of all time, surpassed by Ray Allen (2 thousand 973) and recently by Stephen Currywho has 3 thousand 93.

The four 3-pointers Harden needs to get past Miller seem within reach for the Arizona State alum, who in the three games he’s had with his new team hit 50% of his attempts from range (10-20). During this third of appearances, which have ended in victories for coach Doc Rivers (Wolves and Knicks x2), Harden went 5-7 against Minnesota (February 25), 3-7 in the first duel against New York ( February 27) and 2-6 in the second (March 2).

That 50% effectiveness in triples is for now the best percentage that ‘La Barba’ registers since ‘Saturno’. Prior to this season, his highest 3-point percentage came in 2011-12, his last with OKC, when he shot 39.0% from 3.

Consistency is what has the six-time All-Star close to occupying the podium of the ‘triple’ elite, because since he debuted in the Association in 2009-2010, he has never dropped below 33% effectiveness in triples. His run percentage from the arc is 36.2%. In closed numbers, until the game (Friday) against the Cavs, Harden has hit 2,557 of the 7,055 3-point attempts he has made.

On Friday, Harden will probably make history and there is no doubt that one of the shots with which he approaches Miller’s record, or exceeds it, will be with the hallmark of the house, the step back, a shot that has ‘patented’, such as he showed (once again) in his Philly debut, when he converted three of his 3-pointers with that move; two of them led to four-point plays and another came when the shot clock stopped late in the third quarter.

✨😎 James Harden’s dream debut 😳🌟 and the signing of the house, step back 🎯🏀 definition. @sixers pic.twitter.com/7H4NAx3wYB