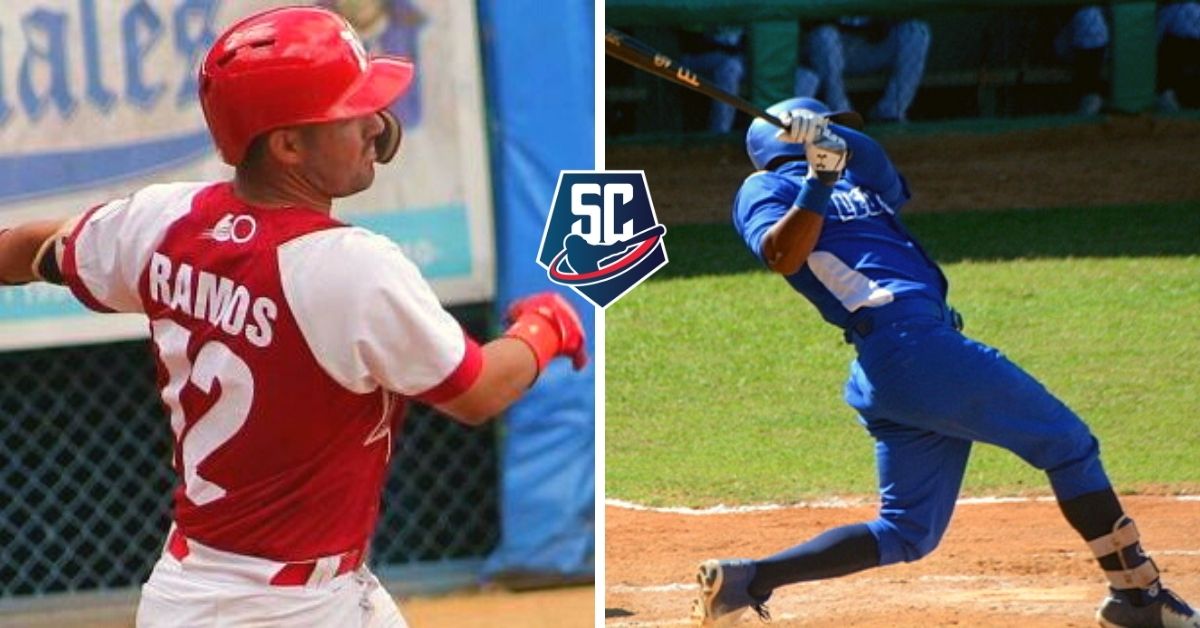 This week’s duels in the 61st National Baseball Series are shaping up to be one of the most attractive on the calendar. Especially those that will face Pinar del Río and Matanzas, second and fourth place in the last Series. Also the match between the historical Villa Clara and Industriales generates an immense curiosity in the Cuban fans to the point of being televised. The duel of the newest; Artemisa and Mayabeque have the Hurricanes as their main favourite, and the Hunters will try to do the honors and win the particular sub-series, while on the other hand Cienfuegos and La Isla have the task of staying in the qualifying zone.

Historical duel opted for the blue side

The Leones de Industriales defeated the Leopardos de Villa Clara 8×1. Although the blues won by a considerable advantage at first, the starting pitchers: Pedro Álvarez and Javier Mirabal staged a pitching duel worth watching and totally invalidated the opposing offense until the sixth inning where the first runs of the match fell. In this inning Jorge Enrique Alomá brought the first two scores for the Industrialista team with a home run against Mirabal. Then Turiño approached his team and made a run on Pedro Álvarez with a hit down the middle of the field that brought Reydel Pedraza to the bag.

The first and only orange entry served to get Pedro Álvarez off the mound and for Andy Vargas to assume responsibility for his team’s pitching. Vargas, who has been the main relief card for Industriales, once again met expectations and did not allow any more rival annotations. In the eighth inning the hopes of the sugar producers were completely eliminated with five runs from Los Leones, two of them driven by Andrés Hernández who separated from Reydel Pedraza and with 22 is the new leader of this section in the National Baseball Series number 61. .

It may interest you: Cuban Major League pitcher was buried today in Miami. Wait transfer to Havana

Despite Mirabal’s good work, the starter from Villarreal took the loss while Pedrito reached three wins this season. With this triumph, the Industriales consecrated themselves in the classification zone and beat one of their historical rivals as visitors. Tomorrow they will go out to look for the victory with the background that today, the relief pitching did the task and contained one of the best offenses in the championship. Juan Xavier Peñalver scored his first save of the season and Alomá hit his second home run.

Pinar del Río surprises and defeats Matanzas in the Girón

8×3 was the result of the match between Vergueros and Cocodrilos favorable to the former. The designated starters for this day were Noervys Entenza and Yaifredo Domíngue, who scored his first victory of the championship, while Entenza scored his first loss and still has no positive results.

Although Matanzas came out ahead in this match, Alexander Urquiola’s pupils shook off the minimal disadvantage and were able to easily beat Entenza in this match. The fifth batter and third baseman from Pinar del Río Yasser Julio González was the most outstanding for the green-legs with a home run, his fourth in this contest. The main virtue of the greenlegs was Yaifredo’s patience, who knew how to “relieve himself” and ended with victory for his cast.

Matanzas loses his pace and the top of the standings with this defeat while Pinar once again stands as one of the teams to follow despite the little relevance that the names of his squad have beyond the pitching area. Frank Luis Medina took his third save of the campaign and re-launches his candidacy as the future leader of this seat.

It may interest you: The Official Press has already CHOSEN the new superstar to follow from Industriales

The Hurricanes knock out the Hunters of Artemis

13×3 in seven innings They were enough to send Artemisa to the canvas and for Mayabeque to win again in this National Baseball Series. The triumph ran to the account of José Bermúdez who has two and one so far this season and the disaster was arranged by Misael Villa and equals his record of wins and losses to two.

It is curious that in this knock out there were no home runs but there was, of course, a lot of offensive production from the main strikers of Los Hurricanes. The triad of second, third and fourth batters drove in seven runs, divided into three for Orlando Lavandera, two for Denis Laza and two more for Yasbiel Vega. In addition, designated Rafael Fonseca brought three more to the mound. The most outstanding of the Artemiseños was Osvaldo Pacheco who in four shifts gave a hit and brought one for the plate.

Mayabeque had 15 hits to only six from Artemisa and reaffirms itself as one of the casts with the greatest offensive power in this National Series and also with a pitching that has responded outstandingly so far. For Artemisa the errors were also a problem, three of them that meant races to the Mayabeque account.

The Elephants crush the Pirates

Cienfuegos defeated La Isla 6×1 and comes out ahead in the particular substring between both sets. Hermes González, with his victory this afternoon, reached three with no losses and represents the main trump card for Cienfuegos. The defeat was charged by Jhonatan Carbó and he has equaled a defeat and a smile. Marlon Muñoz, reliever from Cienfuegos, made his first save of this contest.

It may interest you: Olympic champion Driulis González is in the United States and will receive tribute from the Cubans

The game turned in favor of Cienfuegos from the first two innings where Carbó could not beat Los Elefantes’ bats and allowed five lines that served to put land in the middle and totally neutralize La Isla. Although offensively they were even, 11 hits from Cienfuegos by eight were the pirates, the races must be brought to the rubber and in this Cienfuegos far surpassed his rival, in addition to the intelligent running of the bases and opportune batting selection.

In the final numbers, the star of the game was Yoasnier Pérez, 4-3 with two RBIs, and once again Danier Gálvez stood up for his Pirates and drove in the only one of his own.

In other results of the day, Holguín defeated Ciego 8×5, the chestnuts fell 6×1 against the Gallos, the Wasps came back in a spectacular way to the Leñadores to take the victory 7×6, while the Bulls beat the Indios 17 ×8.

It may interest you: THEY HAVE NOT STROKEN OUT: 4 batters with the best touch of the 61st Series