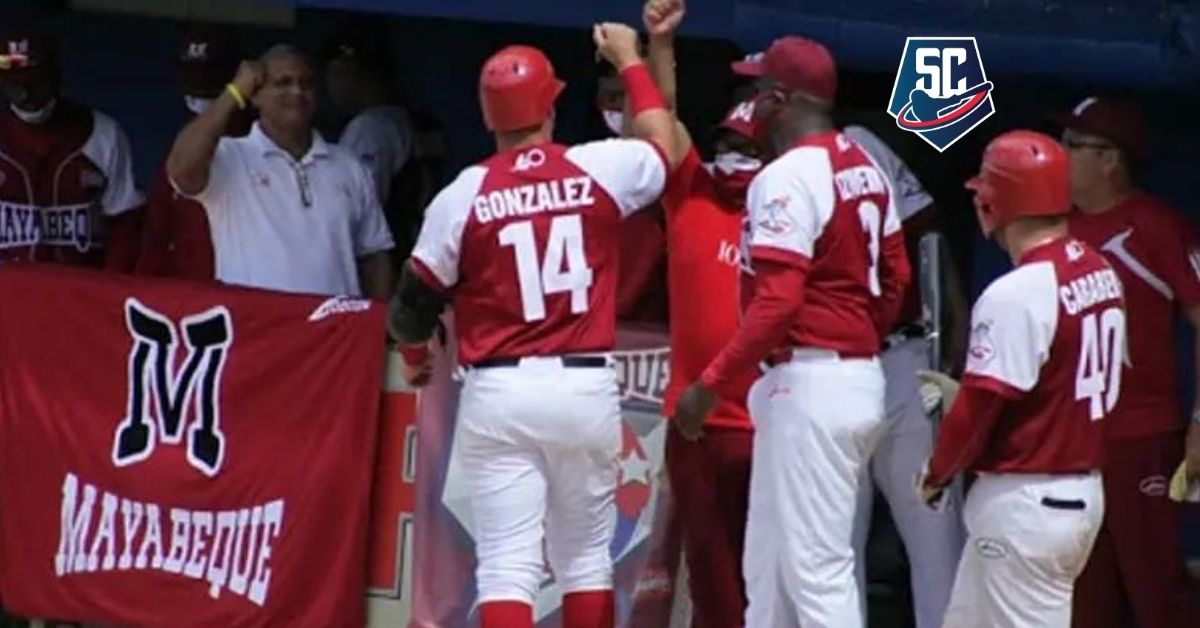 Saturday day in which the Hurricanes reached the top of the tournament, Pablo Civil’s changes in his pitching staff continue to pay off and the Indios de Guantánamo continue to sink in the basement of the table after falling on their grounds against the Pirates of the Isle of Youth.

Hurricanes stormed the summit and whitewashed the Bulls

A pitching jewel was given by Yadián Martínez (3-2) and Marlon Vega (5 JS) to leave the strong Camagüey’s slugger with no runs and just six hits. The Mayabeque starter shone for seven innings, being a true fence for Miguel Borroto’s troop, to whom he prescribed three strikeouts and gave away four walks to achieve success in a clash that ended with a score of 3 × 0.

Waiter José Manuel Martínez was the best batter of the game, going 3-4, with a double and an RBI; Lázaro Martínez also did his thing, with a couple of hits in four at-bats and a trailer; while Orlando Lavandera drove in the other score for the winners.

The last six outs were taken by the main reliever of the group, Marlon Vega, who had a couple of hits, struck out three and gave away a walk. The defeat fell to Frank Madam (1-3), despite giving his team a quality start, pitching for seven innings, in which they made two runs, hit seven hits, struck out two and conceded the same number of bases on balls.

The victory of the Hurricanes was combined with the defeat of Matanzas causing a tie at the top between Matanzas and Mayabeque with 18 wins and 10 losses, which could be triple, if Villa Clara managed to win against the Roosters in a match that is taking place at this minute . For Camagüey, it was his 17th fall with 12 successes, ranking 13th in the classification.

The changes in strategy regarding the pitching of the Las Tunas management body continue to bear fruit; On this occasion, a new experiment gave excellent results. Yoidel Castañeda (1-0), a Holguin player turned Woodcutter, opened his first game of the season and after several unsuccessful outings as a reliever, he showed the great conditions that earned him the grade, the only one of four foreign pitchers who got it.

The fast right-hander from the City of Parks was one out away from achieving a quality start, at least officially, because the truth is that his work was very outstanding. Before a powerful batch like Matanzas, he worked for 5.2 innings and managed to space out six hits, so that they only made two runs for him, struck out two and gave away three walks.

Alberto Pablo Civil threw a phenomenal ten-out relief, not giving away bases and barely accepting a hit, in order to refresh star Carlos Juan Viera and score his first save of the season. The key hit of the game was undoubtedly the Grand Slam by Yudier Rondón, his third homer of the season, when the match was very close with a 3×2 scoreboard. Rondón batted 3-for-4 in the clash.

Andrés Quiala was also key, with his first home run of the campaign that ultimately drove the decisive runs, the second and third, although the connection that completely opened the challenge was the aforementioned Grand Slam. The outfielder from the capital who has developed his entire career in Las Tunas, batted 2-4; while Eduardo García was once again important by going 3-1 with a couple of runs scored.

Las Tunas chained their third success in a row and now has a balance of 14 and 15, 12th place in the table, but only half a game behind eighth, as there are four teams (Pinar del Río, Granma, la Isla and Artemisa), tied with 14 and 14 in eighth place. Matanzas saw how the Hurricanes hunted him down and now they share the top with 18 and 10.

The Pirates raided the tribe and are still in the fight

A tremendous relief by Luis Padrino (2-0), for 6.1 innings and a cluster of five in the top of the fourth, in which a homer by Yasmani Viera, a hit by José Luis Bring and errors by Yasmani Velázquez and Yoandri Guibert were combined ; were the keys to Pino’s victory. On the other hand, the Guantanamo people fell for the third consecutive day and continue to sink in the cold basement of the table with a balance of (9-19).

Padrino relieved starter Ángel Herrera, who could not get past the second inning and left the match with a 4×0 disadvantage; and he did it flawlessly, stopping the Indians’ offense in its tracks, giving up four hits with one strikeout and one walk. For his part, Franklin Quintana pitched the ninth and kept the 6 × 4 lead he received, to earn his sixth save of the season. The defeat went to the account of the Guantanamo starter Enyer Fernández (2-5).

José Luis Bring, 4-3, and Yasmani Viera, 5-3, carried the weight of the Pirates’ offense, while Yoandri Guibert, 4-2, with a home run and two RBIs, and Luis Ángel Sánchez, also 4 -2, did the same for those from the easternmost of the provinces.

In other results: Ciego de Ávila defeated Cienfuegos 4×3, Holguín defeated Artemisa 7×2, Pinar del Río defeated Granma 7×6 and finally, Industriales defeated Santiago de Cuba 9×2. In the José Antonio Huelga, the Gallos and the Azucareros teams face each other from four in the afternoon.