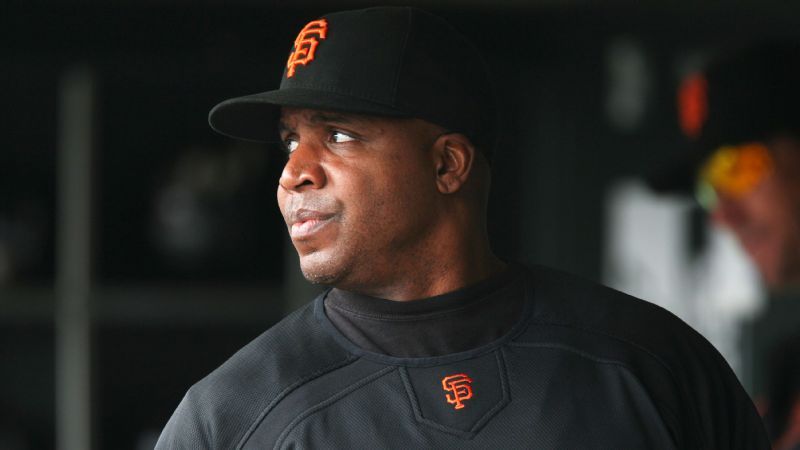 IN 1997, When I was in my second year with the Cubs, I vividly remember watching batting practice when Mark McGwire walked into the Cardinals’ cage. It was incredible. I saw how far the ball flew and, like many of us, I was more surprised than I could imagine. It was like watching a good horror movie, before we knew how bad things could go.

Over time, a cloud of doubts filtered into the dressing rooms. Be suspicious about whether that teammate who is beating you is playing fair. Records became mere placeholders. Every home run hit too far called the batter’s integrity into question. We stopped trusting the game, and worse, we lost our sense of wonder. Even when fans returned after the strike, it was still eroding.

I’ve been thinking about those days a lot recently, as Barry Bonds’ run on the BBWAA ballot drew to a close. Even before last week’s announcement, as I read more and more about the importance of Bonds’ inclusion in the Hall as a historical necessity, I began to worry: “He might get in.” For me, this wasn’t just about Bonds. It was about so many extraordinarily productive players of my day, many of whom used performance-enhancing drugs (PEDs).

For weeks before the vote was announced, I imagined watching a parade of PED players take to the podium to tell us about their journey, knowing that they represent a force that hastened the demise of so many players who played well, fair. Congratulations?

It was the same helplessness he felt in the face of an opponent who had an unfair advantage. But this time, it was mixed with the disorientation of having no idea where to direct that frustration. I couldn’t take it out on a baseball anymore. Instead, he could only hit the ghosts.

Seeing so many of the sport’s biggest superstars tweet their disappointment over the vote that left Bonds out didn’t help. Eventually, I realized what many of them haven’t had to do: the lines you draw are different when you’re directly affected by such rampant deception. Not peripherally, not theoretically, but directly: in his contract negotiations, on the lineup card, in the depth chart, in the win column.

It’s one thing to watch artificial domination on television, marveling at the numbers it produced like a magic show. Another thing is when you lose your job because of it.

Eventually, I tried to put aside my anger at the tweets and comments. I ended with a question: How can we celebrate someone who clearly took unfair advantage to win?

Do we want to consecrate these men? So that? For having a better pharmacist?

THE MOST COMMON ARGUMENT for the inclusion of PED users in the Hall is that we can’t ignore the past, and believe me, I don’t have rose-colored glasses on the idealism of this game’s origins. Throughout my playing career, I was always very aware that players who once looked like me couldn’t even participate in that story. And yes, there are probably players who are in the Hall now who took PEDs and got away with it. Yes, there are players in the Hall who took amphetamines, whose behavior would not have lived up to today’s policies. But why should any of that stop us from being better now?

We all agree that the Hall of Fame is a museum, charged with telling the full story. But it is also a sanctuary. There should be a difference between being recognized in the Hall of Fame and being honored by it. I’m represented in the Baseball Hall of Fame, or at least my college thesis is. Does that mean I’m a member of the Hall of Fame? I doubt my .277 batting average and 59 home runs would have gotten me in. And I’m fine with that.

I don’t see why this distinction can’t be made about who took PEDs and also had a record impact. If we want to recognize PED users in the Hall, we can build them an exhibition, or even their own wing. We must acknowledge all of our history, both glorious and ugly. Like me, with my work, they can be in the Hall, as a fixed element and in recognition of their achievements. But I don’t see why they need a badge.

What we celebrate, what we consecrate, must have a different set of criteria. We cannot treat induction into the Hall as a mere act of historic graduation – automatic entry into the Hall because the numbers are in the record books – especially when members did not stand on the shoulders of their predecessors, but stomped them to the ground. gladly.

This is how society usually frames history: the winners tell the stories and end up on the pedestal. But how they get there matters, and if we put PEDs on a pedestal, it’s one built with bricks etched with the names of many players left in their wake who also have compelling stories to tell.

Every record Bonds broke was to the detriment of another player. Bonds faced pitchers, just like Roger Clemens faced hitters. And the fact that so many baseball players, myself included, have had to constantly try to beat people who had a constant lead isn’t something I can ignore simply because their final numbers made our eyes pop.

For me, doing so would rule out the time I spent playing the 2000-2002 seasons while my father was in and out of the hospital, choosing to do it without PEDs despite my desperation to regain my form from the 1999 season. Or when I was hurt during a year of free agent and came back after surgery using underwater workouts and weight training, not HGH (human growth hormones). Like many players, I scrapped, struggled, aged, while others apparently just chemically cheated age.

It’s not just about Bonds. So many players from the steroid era, the era of my own professional career, blew away everyone else to improve their stats. Apologists express it as a competitive spirit or a relentless will to win, but in the end it was nothing more than egotistical greed, unleashed to compensate for the same insecurity felt by all major leaguers.

With some of these players, their defenders argue they would have been Hall of Famers whether they used it or not. I’ve always been skeptical that anyone could know for sure when or if a player started taking PEDs. But more importantly, when you make a decision that artificially manipulates your performance and your future, it colors your past. Fair or not.

We simply can’t say what these enhanced players would do or be without the stuff. I was drafted in 1991, a selection ahead of Manny Ramirez, a player some call the “greatest right-handed hitter of all time.” Maybe it was; maybe he deserved to be drafted before me. But I didn’t fail two tests and miss 150 games because of it. I don’t know what kind of hitter I would have been without what he took. Nobody knows. So talking about electing me over Ramirez is like comparing apples to oranges. We weren’t even playing the same sport at the end. Good for him, he made his money, he won world championships. But does it need to be enshrined as an example of the best of our sport? The answer to that question is really up to us.

I THINK THAT HE Hall of Famer and the BBWAA, his induction voting body, have been put in an impossible position. His is always an unenviable task: judging each generation of baseball players, comparing them to different eras, circumventing the barriers imposed by racism, exclusion, war or economic depression. But today, trying to see through the fog of performance-enhancing drugs is harder than ever for these voters.

Nearly a decade ago, I worked on a task force with the United States Anti-Doping Agency. I was helping to evaluate a report on youth sports to understand what gives young people the most complete, healthy and enjoyable experience when they participate in sports. Also in the group was an ethicist named Tom Murray, and he said something that stuck with me: “You reward what you value.”

If we’re going to reward players with Hall induction, it has to be based on our values. We are the ones who must decide the difference between being great and being consistent. Some players, like Jackie Robinson, had no choice but to be both on and off the field, which allowed a guy like me, Doug Glanville, to be on the field or not. That was his gift to all of us.

If the sanctuary of the Hall is the most surprising and unique place, one that has Jackie Robinson, Roberto Clemente, Ted Williams and Babe Ruth in its halls, one that honors greatness, it should be difficult to enter. Really difficult.

When you can cheat your way in, the Hall of Fame feels toothless. Some say they don’t want the Hall’s character or moral clauses, but we should want to declare that we have standards, not just calculators. We should use some semblance of context to understand who we are celebrating and why. I admit we will make mistakes, we probably already have, but we need to keep fighting for principle while remaining humble enough to learn and adapt, instead of redoubling our efforts because steroid use was so pernicious, unavoidable and widespread that we decided give up

The Hall does not have to be the ultimate determinant of one’s worth. In fact, it shouldn’t. Most of us will never get in, but that doesn’t mean we haven’t had worthy and worthwhile careers. We have to decide what it means, but I hope the answer will push back the DCs, not open the door wider for them.

The Hall will face this dilemma as long as it exists. Even with Bonds and Clemens out, the steroid debate is far from over: Alex Rodriguez just had his first round of voting, so this will be discussed every year until this group, my group, is a long way from us. or until the next scandal. Voters will come and go, continuing to reshape the priorities of the moment. They might even decide that the idolatry should end and we just focus on the story. It’s not necessarily a bad idea. But until then, we can never escape the cold, hard truth that Tom Murray implores. “Anything that undermines the relationship between performance excellence and an athlete’s best attributes should not figure in success,” he told me in a conversation this week. “Because when you undermine the meaning of fair competition, you celebrate something that has nothing to do with competition or excellence in sport.”

How we select the top honor in this sport says a lot about our game. Only time will tell how that plays out, but in the meantime, next time you’re in Cooperstown, check out my article in the archives. My name is on it.

I hope it always matters that I actually wrote it.

Glanville: Bonds shouldn’t be a Hall of Famer, and that’s fine