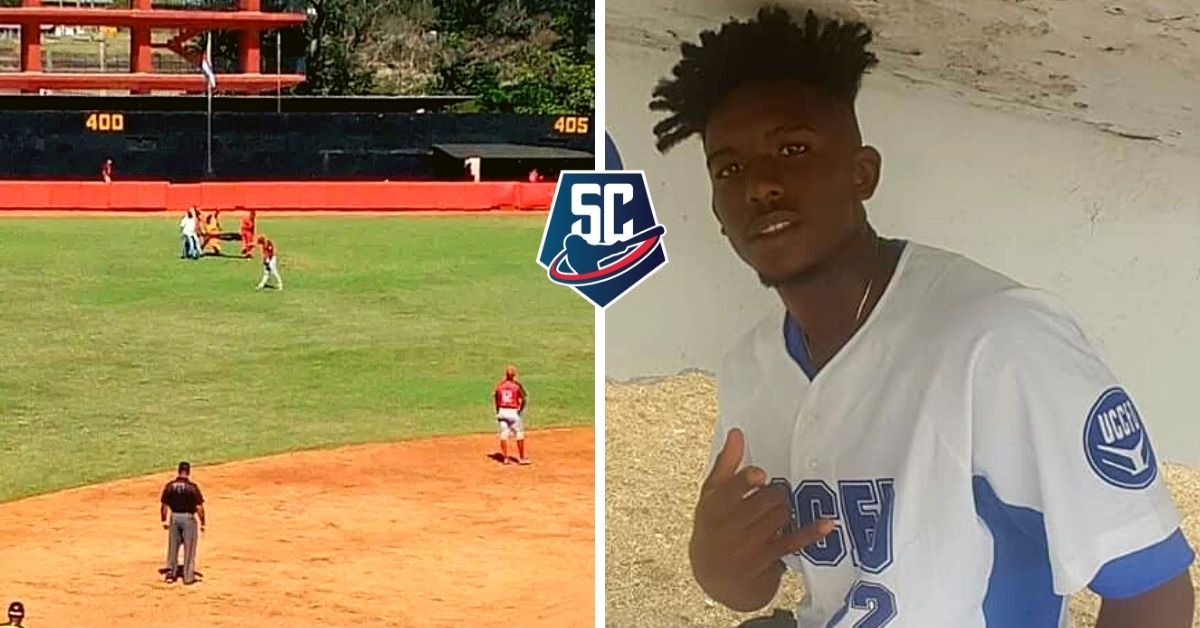 Although many have not yet found out what happened, several are aware of the Cuban pitcher who had to be taken to a hospital after fainting in the middle of a game this Wednesday during the 61st National Series.

This happened in a match between Villa Clara and Santiago de Cuba at the Guillermón Moncada stadium, in which the visiting pitcher, Marino Fernando Cárdenas, was suddenly unconscious. This situation caused the temporary stoppage of the crash and the athlete was assisted to later be transferred to the closest hospital to the Santiago facility.

In a recent conversation with Cárdenas, he told me the fundamental details of what happened in addition to his recovery process, both the medical indication and his current state of health.

It may interest you: “Don’t go down the wrong path. Everything is fine”, clarified Puig live on Instagram (+VIDEO)

“I was in the bullpen at the stadium, behind the center field. Everyone knows that the two teams separated by a small fence train there. The catcher from Santiago de Cuba threw a ball that could not be fielded by their pitcher and inadvertently hit me in the head. I didn’t feel anything, neither the blow nor the fall because it all happened so fast,” Marino told me.

At the hospital they did a plate and some more tests, but everything came back negative. “I do remember when I was dizzy that they put me on a stretcher, but it was as if they had given me a KO. I threw myself to the side and I didn’t realize when they took me off the field because I didn’t react to anything they said or did to me. In the hospital I was regaining consciousness and thank God the evolution has been very favourable. There I had great concern from the people who attended me.

Although Marino received a rest for three days and this Thursday he joined his Villa Clara team to at least support them directly from the field of play.

It may interest you: He crossed the border and is already in the United States, a player who was going to play the 61 Series

The 25-year-old right-hander is in his debut campaign within the Cuban top tier. He was previously in two pre-selections for Industrialists, but could not make the grade and for this 61st Series he decided to try his luck in the central province of the Island.

Fortunately for him, his family, friends and team, the accident suffered this Wednesday was more of a scare than anything else and in less than 24 hours he is fully active to gradually resume his physical activities.

In the current baseball tournament in Cuba, Cárdenas has barely thrown 3 2/3 innings in the two relief appearances he’s had. His worst enemy has been lack of control by accumulating seven walks, with three strikeouts and four earned runs allowed.