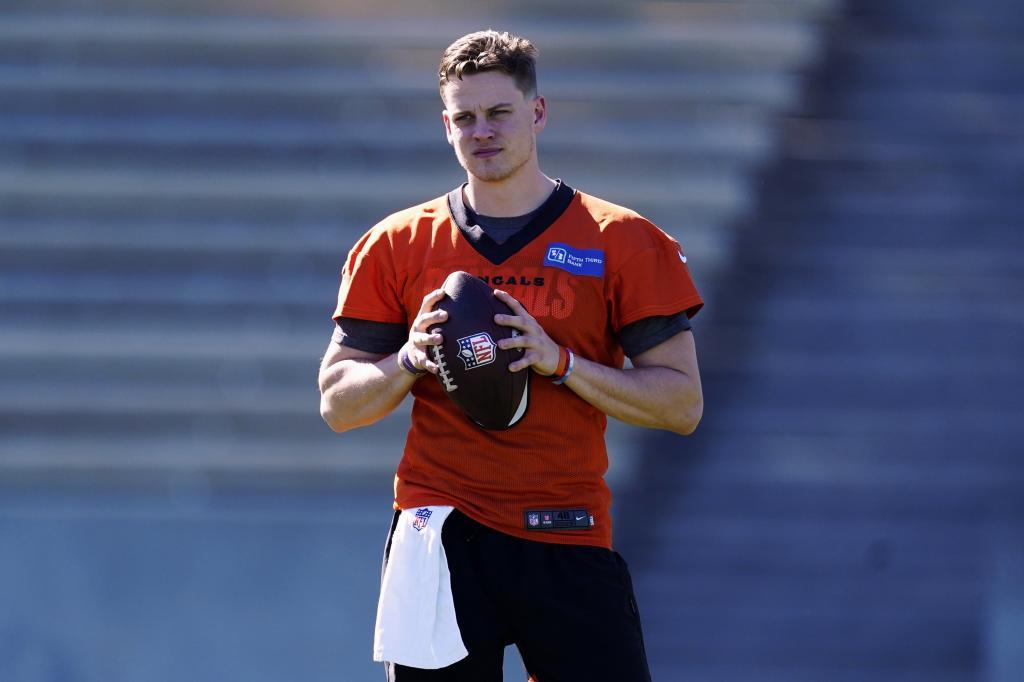 At the end of the 2019 season, the Bengals were the worst team in the NFL.: They had won 2 games, lost 14 and it was necessary to rebuild the team from the ground up. Just two years later they’re fighting for the jackpot and Joe Burrow has plenty to blame.. But unlike with the ‘elders’, his time at the University was not to arrive and kiss the saint: spent three years on the bench, with no chance to start at Ohio State. That is, as soon as they gave him the opportunity, he left. He was a University champion, MVP and the first overall selection in the 2020 Draft.

In just his second year, and after a terrifying knee injury last season, has Burrow already done what many other quarterbacks can only dream of, get his first ring in Los Angeles?

pound for pound the best player in this Super Bowl and one of the best defensive players in NFL history. Donald is a ‘small’ player for his position (if someone who weighs 130kg, is 1.85m tall and can lift more than twice his weight can be understood as small) but extremely explosive and fastand is the terror of any quarterback.

All eyes will be on him and his function will be that the Bengals’ interior linemen remember February 13, 2022 as one of the worst nights of your life. Adeniji, Hopkins and Spain (77, 66 and 67 of those from Cincinnati) will have the most complicated job in the world this week

Are we talking about young and talented people? We are talking about JaMarr Chase. He is only 21 years old, this is his first season as a professional and has already established himself as one of the best receivers of the competition. Chase was Burrow’s classmate at LSU. We would say that more than a companion, he was a brother. And his connection off the field translated into incredible chemistry on the field.

Burrow blindly trusts Chase, and Chase returns that confidence with circus receptions. Burrow throws it up and Chase will catch it. As a quarterback that’s the kind of friend you want to have. In 2019 Chase received 20 touchdown passes from Burrow in just 15 games and in their reunion in 2021 it has already been 14… And counting.

A guy you can’t go wrong with. After twelve seasons with the Detroit Lions and 33 years, the buzz around him was beginning to be heard: “He’s very good but he hasn’t achieved anything in the playoffs”, “in the big moments he gets scared, he can never win the ring” . The reality was very different in Detroit: Stafford had broken virtually every record for passing yards, being the player who had cost the fewest games to reach 20,000, 30,000 and 40,000 passing yards in his career, but the team did not accompany. In those twelve long years he had led his team to the playoffs only three times. And he had lost all three.

So when the Rams bet on him, we knew that the success or failure of the season would rest on his shoulders. And he has removed the pressure as if nothing. Three playoff games and three wins playing at a high level. The victory in the Super Bowl will not only be for the ring, but also for what it means to him, that is, to silence his critics once and for all.

American football is one of the most complex sports that exist and the spectacle is not only on the pitch, but also on the sidelines. And in this giant chess game, Sean McVay is Kasparov. At just 30 years old, he became the youngest head coach in NFL history, in addition to being the youngest to win a playoff game, reach the Super Bowl and win the Coach of the Year Award.

Power galore and a imagination to generate plays in attack beyond any doubt, each game he directs is a delight for the spectator. At just 36 years old and after a tough loss on his first attempt, he could also become the youngest coach to win a Super Bowl on Sunday. The future is today.

Burrow, Donald, Stafford… 5 names you need to know ahead of Super Bowl LVI