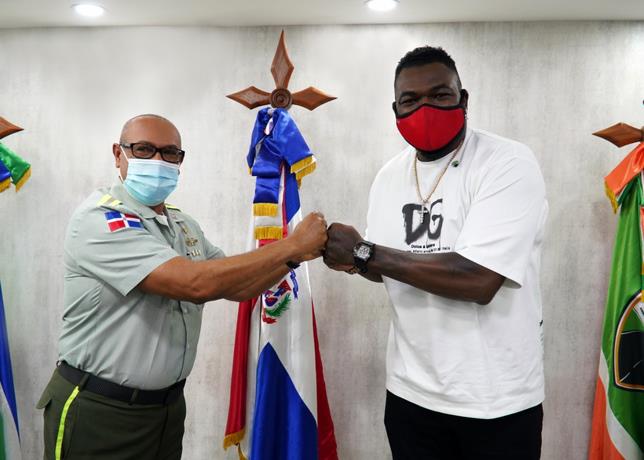 Ortiz advises young people that when they are signed by a Major League team, any mistake can take away their career and bring mourning and pain to their families.

He said that there is no reason to risk life at high speed, since slowly people can appreciate the high-end car that the player bought, in addition to sharing with their family and friends in the neighborhood.

The “Big Papi” made the call to the new players at the request of the director of the General Directorate of Traffic Safety and Land Transport (DIGESETT), General Ramón Antonio Guzmán Peralta.

Ortiz congratulated General Guzmán Peralta for his excellent work at the head of DIGESETT and called on the population to support the education and road safety programs that the entity has on all roads in the country.

He cited that on one occasion he was in a bind while driving on the Duarte highway at night, when his vehicle got punctured, but that he was quickly helped by a mixed unit of the DIGESETT and the Military and Police Commission (Comipol) of the Ministry of Public Works.

David Ortiz explained that his admiration for the work of traffic officers is that they are responsible for ensuring that people get home safely to their residence, place of work or study.