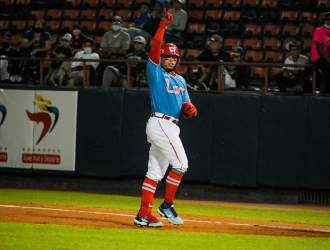 Cardenales de Lara overcame four runs by two Los a Navegantes del Magallanes, showing off an outstanding bullpen job at the Antonio Herrera Gutiérrez Stadium in Barquisimeto, to deliver the first Round Robin defeat to the Carabela, in the last duel of 2021.

Twilight pitching limited the buccaneer offense to just four hits, which came in as the most productive after the first three games, thanks to the formidable performance of the relief, which only allowed one hit in 6.1 innings.

Luis Madero (1-0) stood out from the hill, with three blank innings of work, with only one conceded hit and three strikeouts to dismantle the naval artillery.

With the victory, Lara leveled her record (2-2) and discounted a game in reference to Navegantes (3-1) in the lead in the semifinal of all against all.

In the eighth section, Carlos Rivero walked to Anthony Vizcaya and was replaced by Jermaine Palacios as a pinch-runner, who during the next turn went to steal second to the contact of Contreras, who hit a grounder close to the line of the third that went to the left corner, facilitating the fourth and final twilight entry.

Campos completed his first game saved in postseason appearances, retiring the ninth act on the fast track, with a pair of strikeouts included.

The setback went to Zarate (0-1), with seven hits allowed and three runs, all earned in four innings.

Great offensive response from Juniel Querecuto ð ???? ª followed by an outstanding pitching by Luis Madero who together with @RideryVzla They lead us to our second Round Robin victory. ð ???? ¯#We are one ð ?????? pic.twitter.com/KONF3RNOgc

Read Also: Jermaine Palacios stays until the end of the postseason with Lara

Cardenales cuts the undefeated streak of the Navegantes del Magallanes