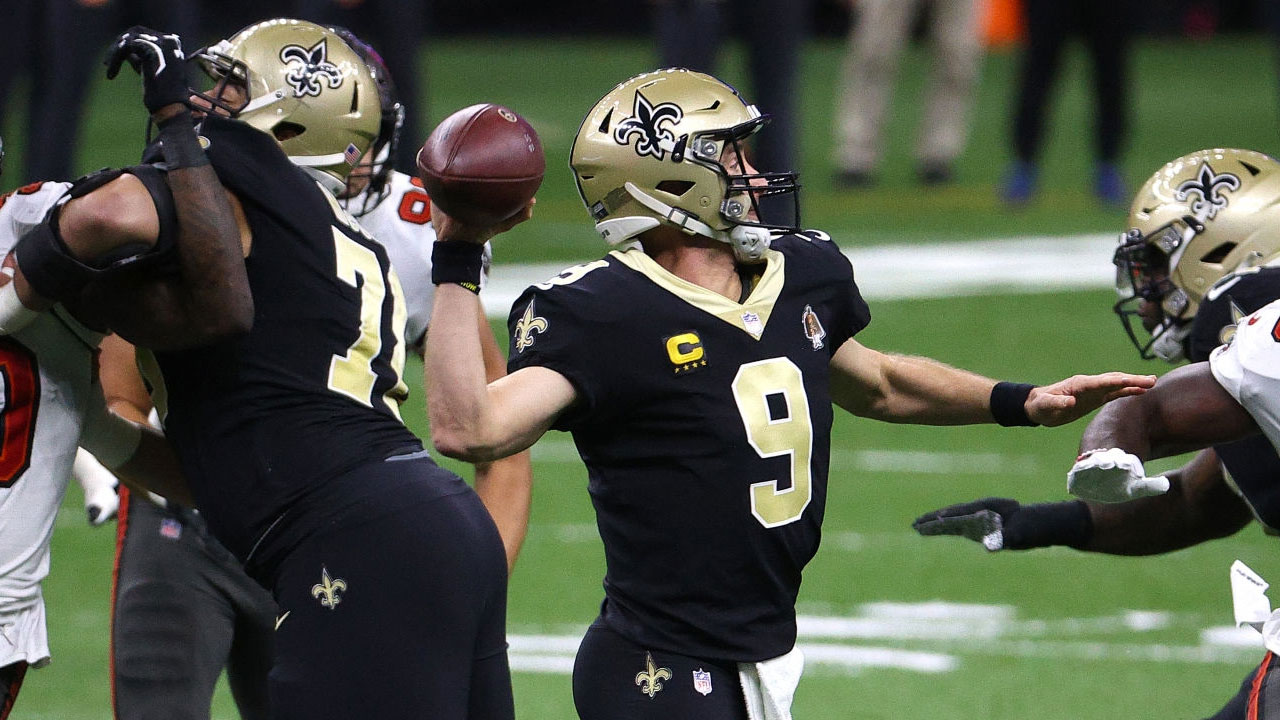 Heading into the Week 16 MNF, the Saints have up to 21 players in their COVID-19 Reserve, and this has especially wreaked havoc on the quarterback position, so last weekend the team tried to make moves. last minute. Via Nick Underhill of NewOrleans.FootballAfter losing QB1 Taysom Hill and QB2 Trevor Siemian to coronavirus, the Saints tried to pull former quarterbacks Drew Brees and Philip Rivers out of retirement, unfortunately for New Orleans, they both turned them down.

Brees, an NFL legend who wore the Saints uniform for up to 15 years “was not 100% sure of being able to make the necessary pitches to successfully lead the offense,” said the report, so he preferred to continue spending his vacation from Christmas in Hawaii with his family. For his part, Rivers, who remained in the NFL between 2004 and 2020 but now serves as a coach at a high school in Alabama, also decided to spend the Christmas holidays with his family, so he also declined the option.

Thus, the desperation in New Orleans reached such a degree that they also contacted veteran QB Josh McCown, who has not seen a single offensive snap since 2019, to get uniform this Monday night. But finally, the chosen one was QB Blake Bortles, who, although he also threw his last pass as a professional in 2019 with the Rams, will now serve as a direct substitute for rookie Ian Book, who will start for the first time in his career this Monday and will try lead the Saints to their eighth win of the year. What do you think of the Saints’ attempt to bring Brees and Rivers back?

Saints called on Philip Rivers this week as well as Brees. Rivers ultimately decided to spend Christmas with his family.

The Giants’ 2021 NFL Season has been more than disappointing, and yet for 2022 things could remain very similar. Via Adam Schefter of ESPN, This Sunday it was reported that it is expected that for the next season, both HC Joe Judge and QB Daniel Jones will return with the New York organization.

Despite the fact that this year the Giants (4-11) have already been eliminated from the postseason, in New York they believe that Judge and Jones deserve at least one more chance to prove themselves. The only noticeable change the Giants could make is believed to be the eventual distancing from current GM Dave Gettleman, who would resign in the next offseason after four seasons with the team. However, Judge, who after yesterday’s loss to Philadelphia fell to a 10-21 record at the helm of the Giants, would have his job secured by 2022.

For his part, Jones’ future also appears to be safe for at least another year. The Giants announced last week that Jones would miss the remainder of the season with a neck injury, so his 2021 came to an end completing 64.3% of his shipments for 2,428 yards, 10 TDs and 7 INTs, leaving plenty of to be desired but also offering glimpses that seem to have guaranteed his stay in New York at least in the short term.

However, Jones’ issue is more complex. The organization has only a few more months to decide whether or not to choose the fifth-year option of their rookie contract, which means that in New York they are close to deciding if they see in Jones the future answer of this franchise or only to someone transitory as they hunt for a new quarterback in future NFL Drafts. What do you think about the Giants’ decision to apparently keep Judge and Jones for 2022?

New York Giants plan to bring back HC Joe Judge and QB Daniel Jones for the 2022 season, per sources.https://t.co/ssvWw87XJq

The Jaguars’ 2021 NFL Season has been so disastrous that Urban Meyer couldn’t last even an entire season as head coach. The above left an open vacancy for head coach heading into 2022, and, via Jason La Canfora of CBS SportsThere are already two main candidates for the job in Jacksonville: Doug Pederson and Jim Caldwell, with whom, the report adds, the Jaguars intend to start talking starting this week.

Both coaches have extensive resumes and experience within the NFL. Pederson, 53, was Philadelphia’s head coach from 2016 to 2020. He was 42-37-1 at the helm, and was 4-2 in the postseason. In addition, he managed to win Super Bowl LII with the Eagles. For his part, Caldwell, 66, led the Colts from 2009 to 2011, taking them to Super Bowl XLIV, and the Lions from 2014 to 2017. Additionally, he was the offensive coordinator for the Ravens who were Super Bowl XLVII champions.

Finally, the report also notes that the Jaguars are “examining” the Bills’ offensive coordinator, Leslie Frazier. This week, as part of the new hiring rules in effect, with the permission of their respective teams, the window opens to interview assistant coaches who are currently employed within an organization, and Frazier seems to be a very strong choice for the same. wind up at the forefront of the Jacksonville rebuilding process. Who should be the HC of the Jaguars in 2022?

Good news in Los Angeles heading into the year-end and postseason. Via Adam Schefter of ESPN, this Saturday it was confirmed that the Rams activated RB Cam Akers from the Injured Reserve, who this season has not played a single snap due to having been rehabilitating from an Achilles tendon injury suffered last July.

This move, beyond a short-term game confirmation, is more of an act of good faith on the part of the Rams organization. Multiple reports report that Akers is not expected to see action on the field until the Playoffs, however, they decided to activate it at this time because a player requires a minimum of three games to be on a team’s active roster to receive your pension credit.

Even so, everything indicates that the return of Akers is getting closer and closer. In 2020, his rookie season, he posted 145 carries for 625 yards and 2 TDs; This year he was expected to take the lead role in the Rams ‘running game, and although Achilles’ injury deprived him of trying, his imminent return to the postseason would only boost an already fearsome Los Angeles attack commanded by the QB. Matthew Stafford. How far would the Rams go in the Playoffs with the return of Akers?

James Robinson and the most relevant injuries of Week 16

In more NFL news, in the absence of the MNF, Week 16 of the 2021 NFL Season has almost come to an end. We had a very emotional Sunday: the Bears surprised the Seahawks, the Texans the Chargers, the Cowboys crushed the WFT; and more. However, like every weekend, there were injuries everywhere and in this space we review the most important casualties.