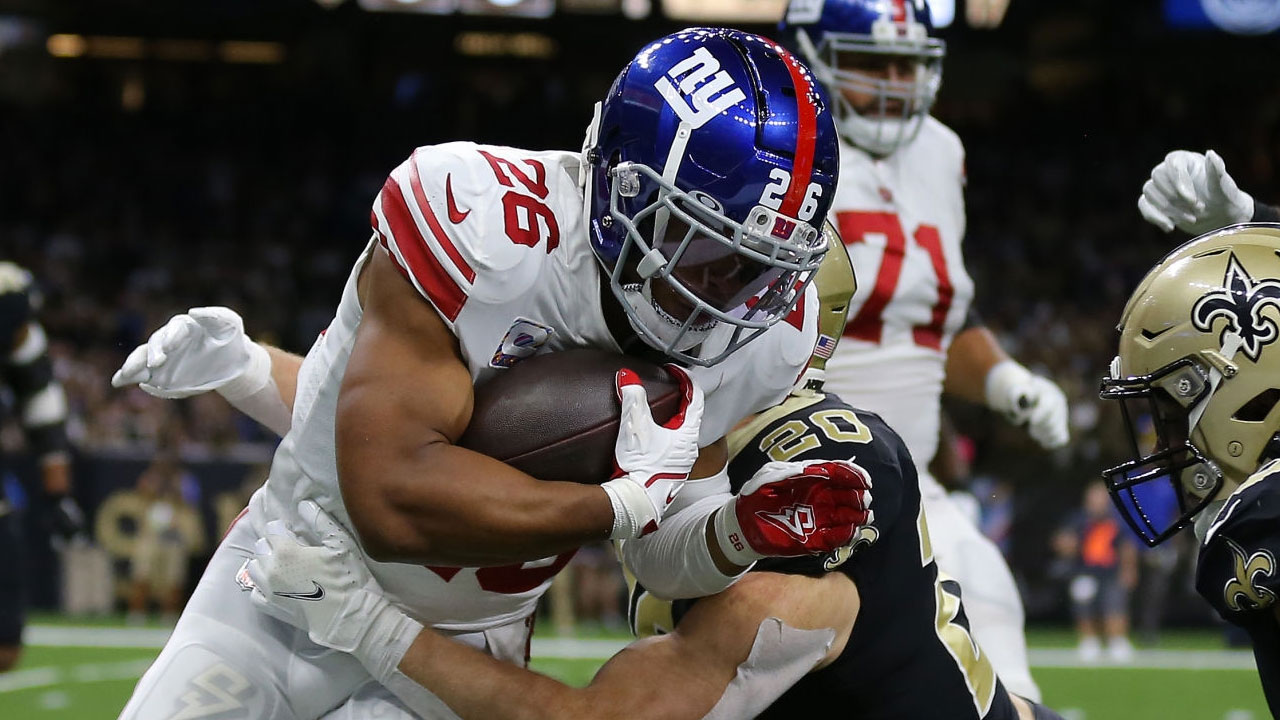 Saquon Barkley was the worst pick of the entire season, Antonio Brown is the dream come true for all those people who have him in their Fantasy Football playoffs and Trey Lance’s golden opportunity has arrived. Here are the most important lessons learned in Fantasy Football – Week 16 NFL 2021.

We want to know what interests you and all Spanish-speaking NFL fans!

Talk to us and win prizes here:

Saquon Barkley is the worst Fantasy pick of the whole year

In the past two weeks, Saquon is the NFL’s RB34 and has had one of the worst uses of the entire season and his entire career. Last week it was only involved in 34% of snaps and 19% of routes. Devontae Booker is already the RB1 of this offense and Barkley is impossible to start him as an RB2. This is so disappointing that if you have this player on your team, you are probably not in the Fantasy Football final. This player should not leave within the first three rounds next season.

Antonio Brown is Top 5 without the starting WRs

This player leads the NFL in targets per route run with 33%. In the whole year of this column I have taught you that, above 30%, you find the elite in Fantasy Football and Brown has done it for the entire season. Now that he is the WR1 of this team, he runs more routes and has the potential to be the WR with the most targets in the entire NFL.

What I have said and hoped for throughout the season seems to happen this week, in a favorable matchup and with the 49ers completely healthy. People become obsessed with thinking that Garoppolo wins games for him only when he is the QB the most he is led by his own team to win.

Jimmy G He is one of the QBs with the lowest WAR (wins above PFF replacement) and the fewest big pitchers in the entire NFL. With Trey Lance’s running upside and an arm that can do magical things, the 49ers will be a better team and will use him a lot on the ground. Against Arizona, Lance had 51% of the carries designed for him, making it one of the weeks with the highest percentage of them in the entire NFL.

Thanks for reading me. What Fantasy Football lessons did you take from week 16 of the 2021 NFL Season? Remember to pay attention to Tuesday’s article, where I will analyze the most attractive options to take you in Waivers for this week. Remember to also watch the Fantasy Squad program on our YouTube channel.