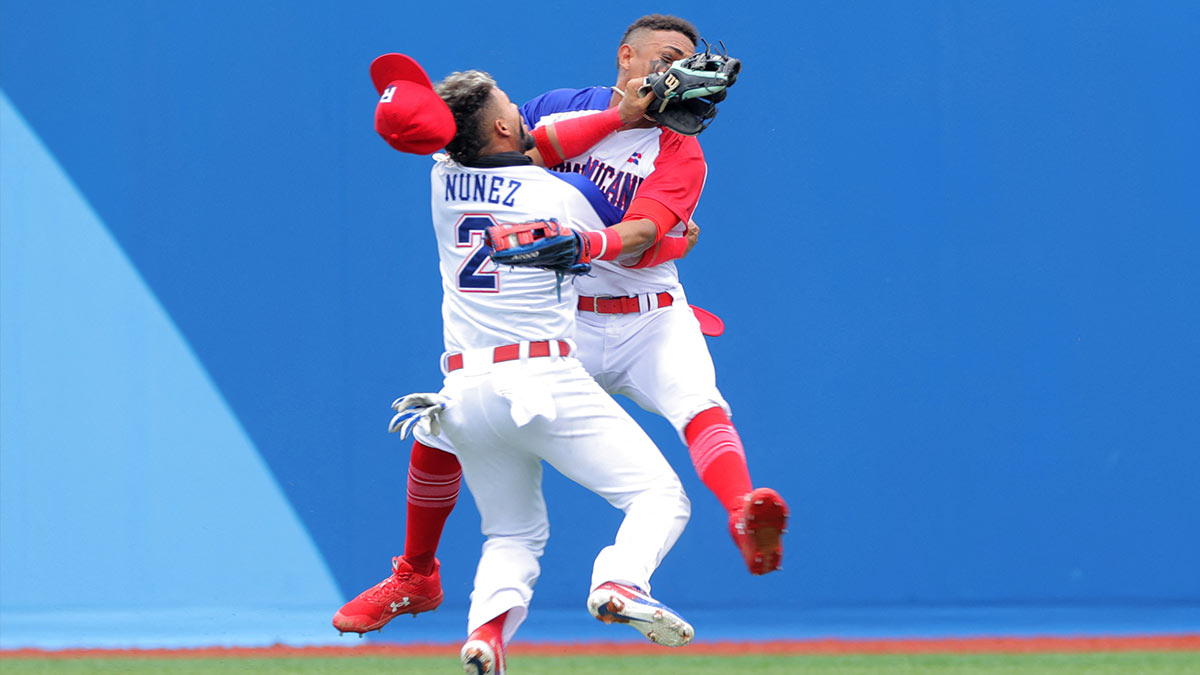 Dominicans Julio Rodriguez Y Gustavo Nuñez suffered a clash in baseball during his meeting with Mexico, where, in addition, Dominican Republic won the 1 × 0 victory with a decisive hit from Melky Cabrera this Thursday in the Tokyo 2020 Olympics.

The brutal clash in baseball It happened during the third inning, when Isaac Rodríguez hit a elevated to right field and second baseman Nuñez ran to make the out, not to mention that his partner Rodríguez also I would make the same decision.

In the video you can see the moment of the coalition, which left both baseball players lying for a few minutes on the playing field.

Despite the crash, the players of Dominican Republic They got up on their own feet and they continued the meeting.

Despite the clash in baseball, the Dominican Republic beat Mexico

The ninth of Mexico lost to the Dominican Republic for the slightest difference on his debut in the 2020 Tokyo baseball tournament.

Melky Cabrera gave the decisive hit to enforce a solvent opening of the right Ángel Sanchez and the Dominican Republic he shut out Mexico 1-0 on Friday in the Latin American game.

Cabrera, 36, towed in the fifth inning to Charlie Valerio with a long hit to the left field of the Yokohama Baseball Stadium. Designated hitter and second in offensive order to manager Hector Borg, the former greatdeliga had been absent in the Dominicans’ first game in Group A on Wednesday, in which they lost 4-3 to local Japan in Fukushima.

The Friday the group stage closes with the games Japan vs. Mexico and South Korea vs. United States. Whatever happens, there will not be eliminated yet, because the braces define crosses in which there will be constant windows for repechages.