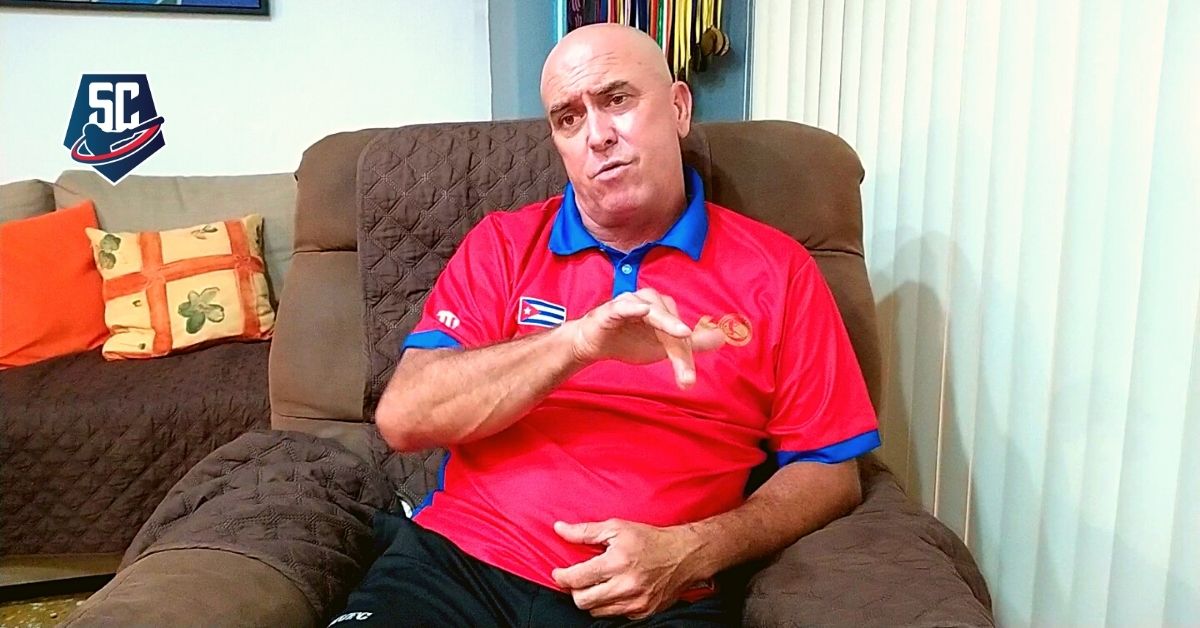 Many have been the baseball players residing in Cuba who have spoken in favor of the “Captain of Captains” Antonio Pacheco, who has been the victim of absurd discrimination in sports projects or initiatives developed within his country.

Rey Vicente Anglada, Luis Giraldo Casanova, Antonio Muñoz, Luis Ulacia, Orestes Kindelán and Braudilio Vinent are some who have been publicly projected at different times about how unfair it has been with the legendary former second baseman and oriental manager. All for having decided to stay in Canada in 2014 and then emigrate to the United States, and especially because it was Pacheco, the “Captain of Captains.”

Now Juan Padilla Alonso from Havana joined the group, who was his position rival for a long time and spent most of the time in the national team without being able to play as a starter due to the presence of the man from Santiago.

It may interest you: Causes and consequences of the accident of one of the great stars of Industriales

“Pacheco and I still have the best relationships as friends. I consider him a great person. In the national team we talked a lot about the game, about other things. We helped each other, he advised me and I him too. We talked about everything that could be related to baseball and off the field we had and still have a good friendship. I consider him a wonderful person,” Padilla said.

Beyond the purely personal issue, the second baseman for the Industriales and with extensive international participation made an assessment of his rival on the field of play, purely professionally.

“I have always said that for me Pacheco is among the five players in our baseball with all the respect that many players who have had great quality, active and retired, deserve. Not to say even more exclusive and tell you three, I’ll put it among the five”.

To the question about the subject so debated for years about the exclusion of the Olympic champion of Barcelona 92 ​​and Atlanta 96 from the Hall of Fame of Cuban baseball, postponed among other things due to the reluctance with his figure, Padilla did not hesitate to respond positively .

“I think that Pacheco deserves to be in the Hall of Fame, because he gave everything for his province and for his team Cuba. In many of those victories there has to be gratitude to him for having been a part of that with his performance”.

It may interest you: Industrials in a Caribbean Series? The President of the Confederation himself wanted it to happen

Two of the most reprehensible actions of the authorities regarding the popular former baseball player who is currently part of the group of coaches of the New York Yankees, was the refusal to be elected to the Baseball Hall of Fame on the Island that was reborn in 2014 thanks to the management of several enthusiasts of this sport.

In 2015 everything stopped after a tough debate between the Commission and the Federation with the selection committee in which I was, because they did not want us to vote for Antonio under the allegation that he had “deserted” from an official mission in Canada and then He had exiled in the United States.

After retaking the idea three years later, the continuation of the project was frustrated again 72 hours before the Colloquium was held. None of the justifications that were given to us had anything to do with Pacheco, but it was very coincidental that days before there had been another tough discussion between Yovani Aragón (National Baseball Director) and Higinio Vélez (FCB President) due to the presence of the “Captain of Captains ” with 100% of the votes in the pre-candidacy ballots. Then the story is well known to all, because it reaches the current days in which the project is still suspended (not to be confused with the one in Matanzas).

Another scandal around the figure of the three-time national champion as manager of Santiago de Cuba was in the last All-Star Game that was hosted precisely by that province. If it had been a good initiative to put the numbers of prominent players in the territory on the dugout of the Guillermón Moncada stadium, that became the center of that event because such iconic figures were excluded, among which Pacheco’s 6 stood out.

It may interest you: They postponed exaltation to the Hall of Fame in Cuba

Padilla is only the most recent to speak on the subject. But in addition to those mentioned at the beginning, there are many more who reside in Cuba (I emphasize this detail again for those who say that it is from outside that only critics are criticized, due to political conditioning or resentment) who are completely opposed to ignoring or erasing the great story of this baseball player, all his contributions to Cuban baseball, just because he decided to live in another country finding the most propitious way he found at the time. I haven’t met the first player yet who has considered something different.

And a recommendation for his inquisitors who condemn him so much for the crime of liquidating his mission as a coach from Canada and not in Cuba, They should also recognize that his public projection towards what has to do with Cuba has been very limited and respectful. He has had the respect, chivalry and ethics that his enemies have lacked.

BACK TO THE SUBJECT: Padilla said strong things about Pacheco