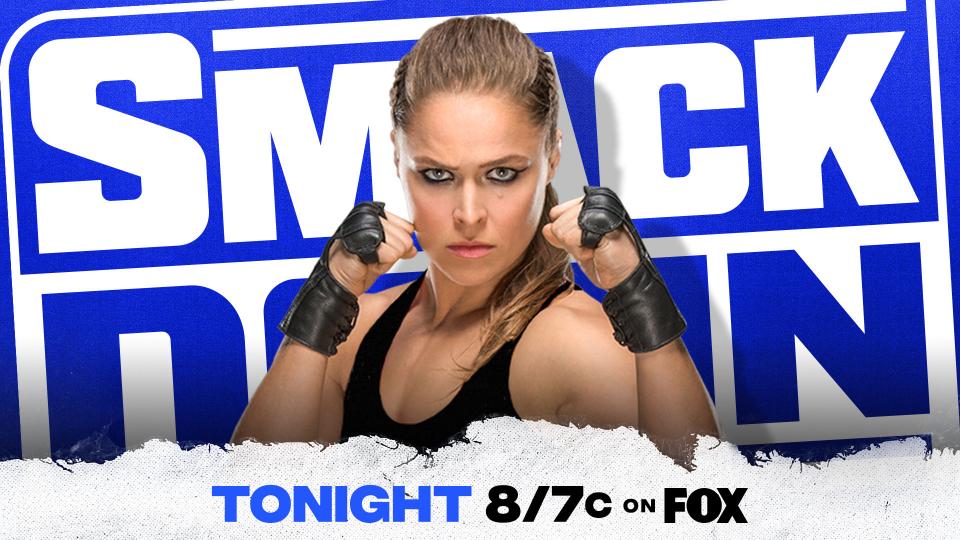 From PLANET WRESTLING, WWE website, one more night with the best coverage and results of WWE SmackDown live.

In addition to informing you and always updating all the WWE resultslike every Friday we bring you closer the best coverage and live results of WWE Smackdown. We are going to narrate you live and enjoy together the entire event of the blue brand today, February 4.

The Tribal Chief appears accompanied again in this edition of the blue mark and now it seems that his relationship with Heyman has become stronger since he arrived accompanied by him.

The protagonist of tonight is Paul Heyman, who asked for a microphone for the classic presentation of the Head of the Table, however, he also criticized Lesnar too much, calling him in the following way: he looks like a SCHMUCK, and now he acts like a SCHMUCK! The definition of the word may vary however it is still a very bawdy word. All would go quiet until GOLDBERG appeared to challenge Roman for his title in Elimination Chamber.

Sheamus’s pupil will be involved in a heads up against a superstar who has shown an impressive level in recent editions of the show, Ricochet will have to use a good strategy because in terms of strength he has a considerable disadvantage.

He succeeded!, Ricochet is the winner of the contest, after a great fight Sheamus would appear very informed with the result he demands that another fight be scheduled in which both participate at the moment Cesaro was supporting Ricochet so it becomes a fight between couples.

The score was even! Maybe he didn’t manage to do it tonight in the solo mode, however as a team they are formidable, Sheamus & Holland took the victory after an arduous fight and that’s how they sincerely celebrated the chemistry that both show as a dumbbell it is promising.

We would have a flash result, because the fight would not last long after a few minutes of the fight, the winner would be Jimmy after using an iron that left most of the public surprised by the height he was taking with the jump from the third rope.

This fight carries too much pride on the one hand and on the other a very great impotence because we already know the history of both (in confrontations) Aliyah has taken the opportunity to point out her record for the fastest victory in the world after beating Naty at 3.17 seconds, and tonight it seems that he will not seek to beat time but to repeat the result.

REPEAT THE RESULT, Aliyah has once again shown her talent and her great mental ability to turn the situation around, the fight ended because Natalya was out of the ring, the referee counted up to 10 and the duel ended with Count! Out again Aliyah is the winner of the contest.

THE SCOTTISH WARRIOR IS BACK!

Drew Mcintyre returned to the blue brand show after a time out due to injury, although he was also seen at the Royal Rumble tonight, his return is official, we would see how Madcap Moss would go after Drew, however, McIntyre applied a very cunning move, making believe that he would not do anything against Moss, however he received a Claymore in his face, after this he pointed to Happy Corbin with no sign that he was next.

.@DMcIntyreWWE wasn’t going to let @MadcapMoss &Happy @BaronCorbinWWE get the best of him! #SmackDown pic.twitter.com/XYlQPI7X7Y

Before Nakamura’s opponent entered, he would face Sami Zayn who managed to obtain a title fight with The King of Strong Style for his Intercontinental Championship title, some time later it was time for Mahal to make an appearance and Shinsuke He waits with great enthusiasm inside the string.

HE MANAGED TO TURN IT AROUND!, Jinder began completely dominating the duel, however Nakamura took the reins again and thus showed his hierarchy within the ring.

THE NEW DAY VS LOS LOTHARIOS

NEW DAY ROCKS!, The contest ends with a very favorable result for the New Day despite the fact that the royals showed a very good performance within the string, that was not enough to defeat Big E & Kofi Kingston.

THE CHAMPION REACHES THE BLUE MARK!

The heiress of the Flair dynasty has reached her ground, what will she have to say? below only by Planet Wrestling.

After appreciating the entrance of the champion, the time would come to present for the first time in the blue brand, the Baddest Woman on the Whole Planet Ronda Rousey. The former mixed martial arts fighter came to the show to give us a message and that would be the following; “Charlotte Flair see you at WRESTLEMANIA”, after a week of waiting, it is finally confirmed who will be Rousey’s challenger at the company’s biggest event. It is worth mentioning that Flair managed to escape from Ronda’s clutches, however, the injured party was nothing more and nothing less than Sonya Deville receiving a lever to the arm courtesy of Rousey.

With this we conclude the coverage, thank you for dedicating a few minutes of your time.

Thank you for sharing your time and enjoying this great passion with PLANET WRESTLING. Remember that you can follow us on our RRSS and here on the web so you don’t miss anything. Every day we bring you closer WWE news, videos, interviews, as well as the best coverage and live monitoring.