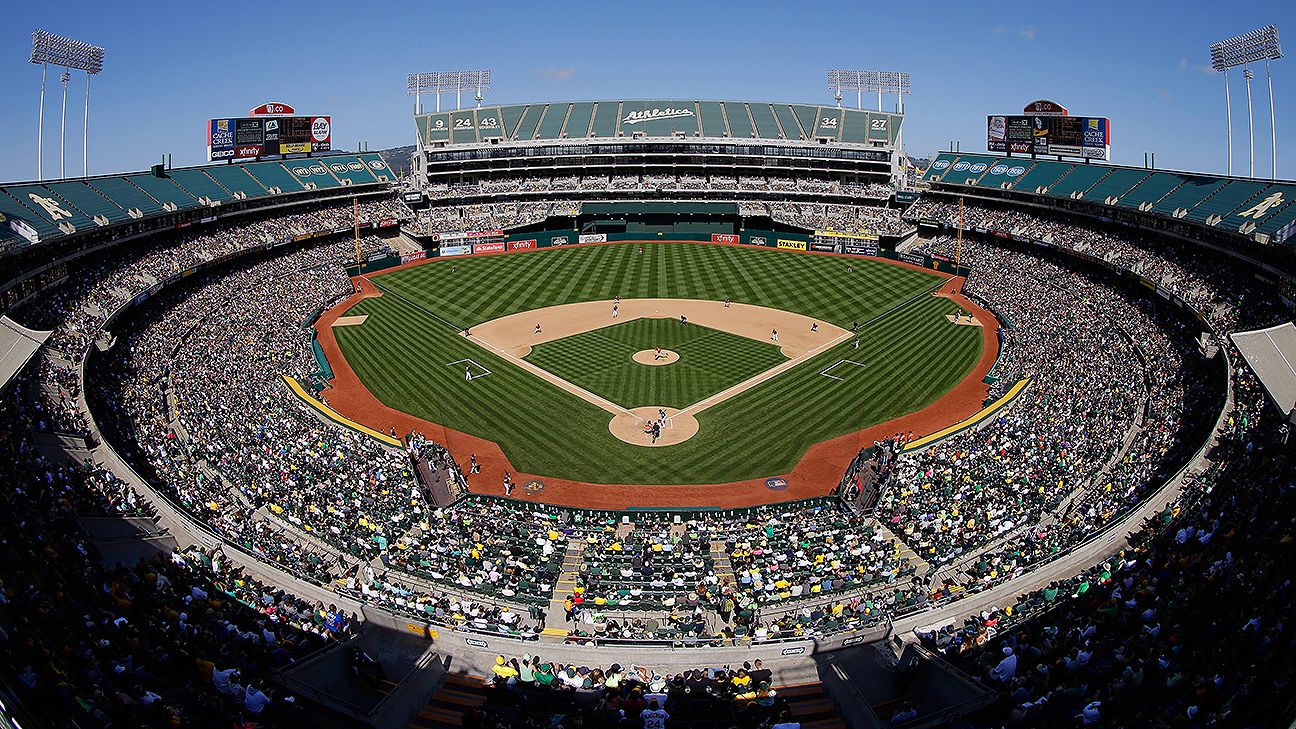 Oakland Athletics president Dave Kaval was near the south side of the Las Vegas Strip Wednesday morning, with the Cosmopolitan and Planet Hollywood in sight. Kaval will be there alongside his architect for the next two days, he said, attending a series of meetings and discussing where a possible new stadium might one day reside. Meanwhile, negotiations with the city of Oakland regarding a 35,000-seat waterfront ballpark at the Howard Terminal site are in what Kaval described as “the bottom of the ninth inning.”

Oakland City Council officials voted Tuesday in favor of a non-binding term sheet for the ballpark and its surrounding development, a project that will cost up to $ 12 billion. But Kaval backed down because the city voted in favor of a term sheet that differed from the one proposed by the Athletics three months earlier and included amendments the team was seeing for the first time. Major League Baseball Commissioner Rob Manfred followed up with a statement expressing disappointment at the result and promising to “immediately begin discussions with the Athletics to chart the way forward for the Club.”

What does that mean exactly?

“I think we have to look at what was approved and what it means,” Kaval said in a telephone interview with ESPN. “The fact that the city did not vote on our proposal, I mean, it is unusual to have that position. We appreciate some of the concessions that were made. I think the parties had been negotiating in good faith to try to reach an agreement, a mutually acceptable solution. Obviously, we didn’t get to that point before the vote. So we have to balance that progress with some of the stark realities of “How do we get this project into an implementation phase?” process is the product. “

The Athletics made a public proposal in April stating that they would privately finance the stadium, which will cost approximately $ 1 billion, while also providing $ 450 million in community benefits and arranging for an additional $ 11 billion in private investment to eventually build the neighborhood. surrounding 3,000 residential units, up to 1.5 million square feet of commercial space, 270,000 square feet for retail stores, a 3,500-seat indoor entertainment center, 400 hotel rooms, and up to 18 acres available for public parks.

The city responded with a plan that includes three key differences: a new financial structure that relies on a single infrastructure funding district, which prevents the Athletics from creating an additional one in Jack London Square; an increase in the demand for affordable housing to 35% of residential units; and an additional community benefits fund that is not committed solely to equity investments.

Oakland Mayor Libby Schaaf and other community leaders held a press conference near the Howard Terminal site Wednesday morning in which they praised the city’s proposal and urged the Athletics to continue negotiating. Schaaf said he’s noticing an “openness” from A’s, adding that the city “provided the main things that they asked for, that they’ve said they need to continue this process.”

“I respect that they’re trying to keep the heat on,” Schaaf said, “and what better place to go than Las Vegas for the heat.”

Kaval, on the other hand, described the Las Vegas trips as due diligence to cover a project that might not materialize and provide a parallel path for a team playing in an outdated facility. Kaval said he wants more details on how the Athletics would be reimbursed for a $ 352 million infrastructure payment and more specificity on when environmental clearances will be granted and when a final binding vote may occur, ideally at the end of the current baseball season.

Oakland city officials see their counterproposal on Friday and the amendments that were introduced Tuesday as the natural evolution of a negotiation.

Athletics officials basically see it as a completely new deal.

“We need to know what was approved, how it relates to our original proposal,” Kaval said. “We need to understand the schedule to get the final vote. And we have to work very closely with the league, because they have a strong point of view on it. They want to make sure the A’s have a home. We are really running out of time. We are under a lot of pressure because our current facilities have already seen their useful life pass 10 years ago. Let’s not forget that going sideways is no longer an option. “

The Athletics have spent most of the past two decades hoping to secure a new stadium in the Bay Area, a search that took them through San Jose, Fremont, and various sites in Oakland, mostly around Laney. College. Renovations to the current site of the Coliseum, where the Athletics have played since 1968, have been deemed unfeasible in large part due to the team’s stated desire for a downtown location.

Manfred said before last week’s All-Star Game that it would be a “mistake” to refer to the Las Vegas option as a puff of smoke, calling it “a viable alternative for a major league club.” Other relocation options, including Portland, Oregon; Nashville, Tennessee; Charlotte, North Carolina; Vancouver, British Columbia; and Montreal, could materialize if the team’s deal with the city fails.

That is not necessarily the case at the moment.

“We are focused on the two parallel roads: Oakland and southern Nevada,” Kaval said. “That’s for the direction of the league, and that will continue to be our focus until they give us additional direction.”