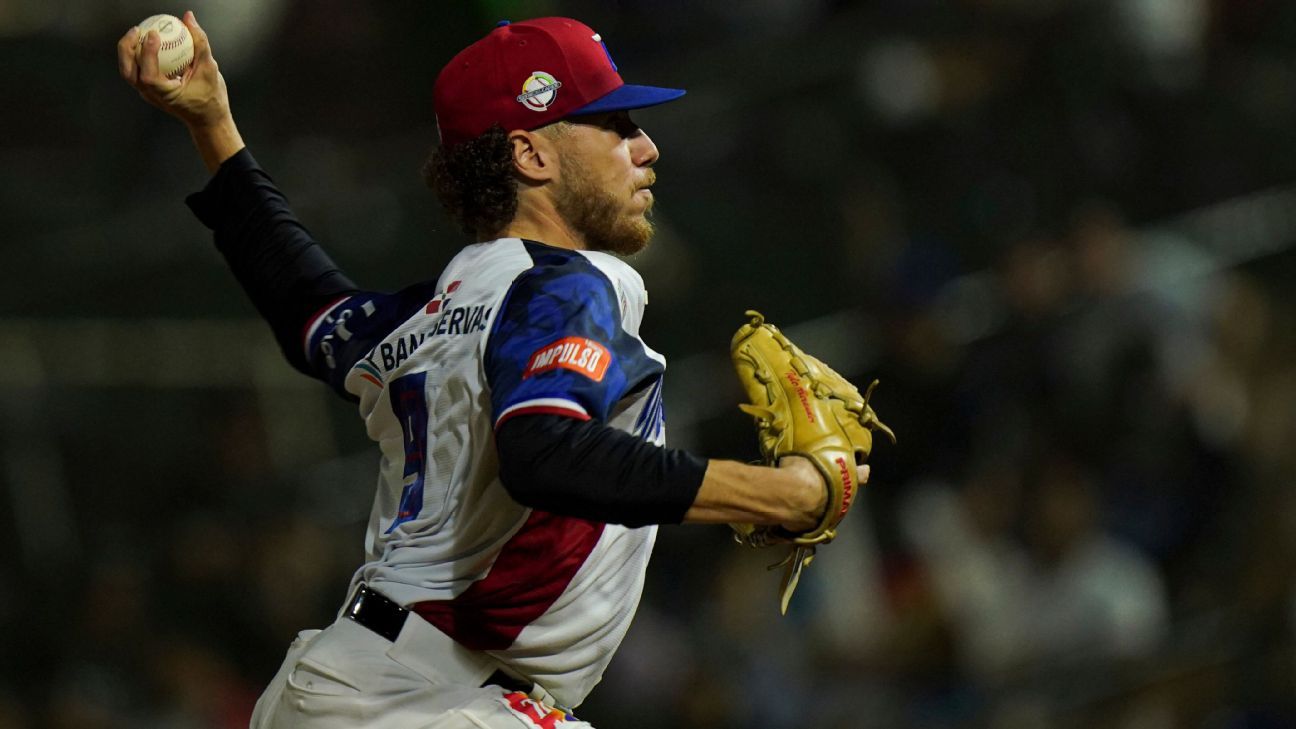 With 19 days to go 70 years after the only no-hitter pitched in a Caribbean Series, left-hander Tyler Alexander flirted with throwing a perfect game by getting broken in the ninth inning in the Dominican Republic’s 2-1 win over Mexico, which He left the record without receiving a run in 30 innings in a row.

Alexander is the fourth pitcher since the 2000 Caribbean Series — which was played at the same venue in Santo Domingo, Dominican Republic — who threatens to throw a double zero reaching at least the seventh inning without giving up a hit.

In addition, for the first time since at least 2000, two games on the same day reached the seventh inning with a pitcher throwing a No-Hitter, but both remained in threat and the American Thomas Fine remains the only one to throw one when he achieved it. February 21, 1952 in the first stage.

Fine gave away three walks in the match in which Leones de La Habana (Cuba) defeated Cervecería Caracas (Venezuela) 1-0, with a run that he himself scored in the sixth inning after opening with a single and later reaching the plate with a hit by Sandy Amoros at the Olympic Stadium, in Panama.

As if that weren’t enough, Fine came close to throwing another no-hitter in the same series in the final game on February 26 against host Carta Blanca, but it was gone in the ninth inning in which he received three hits and three runs for keep his second victory and give the title to Cuba with an undefeated record of 5-0 –he had a tie.

On Wednesday at Quisqueya-Juan Marichal Stadium, Alexander not only came close to joining Fine, but became the first pitcher in at least the last 23 Caribbean Series to consecutively retire the first 24 batters of the game.

But when opening the ninth –with 86 pitches in his account–, the second pitch of the inning was hit by the Mexican Isaac Rodríguez with a hit between two without the possibility that the right fielder Moisés Sierra could catch him, to score a double, break the double zero and “explode” from the mound to the left-handed pitcher.

The American Alexander now has the longest outing in a game without allowing a hit, passing the 7 innings that the Mexican Luis Alonso Mendoza had in his start with the Yaquis of Ciudad Obregón (Mexico) vs Criollos de Caguas (Puerto Rico) on 6 February 2013 at the Sonora Stadium, in Hermosillo, Mexico.

Mendoza walked a couple of walks in the first inning and gave up another walk in the fourth before Danny Ortiz hit a double leading off the bottom of the eighth to end the pitching gem.

In the first game of the 2009 Caribbean Series –February 2– in Mexicali, Mexico, Brad Knox of Magallanes pitched 6.1 innings without allowing a hit against Tigres de Licey (Dominicana), but received a run leaving a runner from inheritance.

Knox gave away bases in the first, second, fourth, sixth and seventh innings. After one out in the seventh he walked Jose Bautista and was removed from the mound. He went hitless, but was charged with a run when reliever Yohan Pino was greeted by Ronnie Belliard’s home run for Licey’s first hit of the game.

This same Wednesday at the Quisqueya-Juan Marichal, Elniery García started for the Caimanes de Barranquilla (Colombia) and pitched 6.1 innings without a hit or a run against Navegantes de Magallanes (Venezuela).

Garcia walked two batters in the first inning, another in the second and one more in the sixth. He entered the seventh roll with 95 pitches and dominated Danry Vásquez for the first out, but on pitch 104, Balbino Fuenmayor doubled him to break the double zero.

Alexander, 4th pitcher to flirt with a no-hitter since 2000