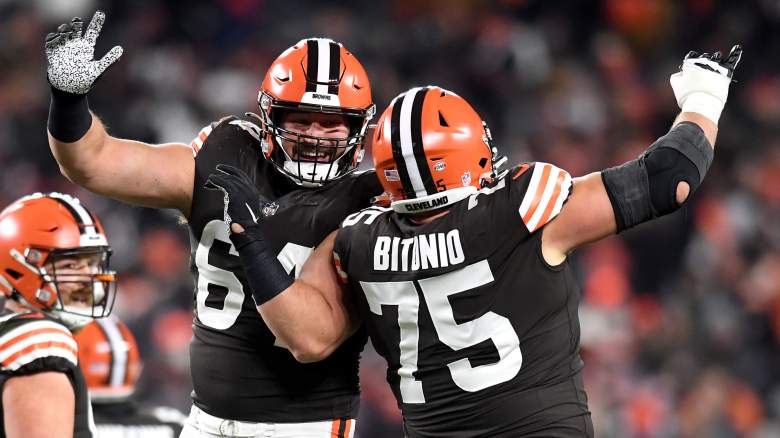 The Minnesota Vikings have the funds to make one more flashy move before the next draft, and that final move could fill the team’s needs and position the Vikings to pick the best available player on Day 1 of the draft.

Minnesota spent most of its free agency beefing up its defense. The additions of outside linebacker Za’Darius Smith, defensive tackle Harrison Phillips and linebacker Jordan Hicks, along with four signings at cornerback, hope to turn around the unit that allowed the sixth-most points in the league last year.

Meanwhile, the offense has yet to see a single surefire starter signed, but that could change soon.

Pro Football Focus (PFF) recently listed the landing spots for the league’s top remaining free agents, connecting the Vikings with an elite pass blocker who could heal the offense’s struggle on the offensive interior line.

The latest Vikings news straight to your inbox! Join the Heavy on Vikings newsletter here!

The 31-year-old Tretter posted the PFF’s second-highest pass-blocking rating of 83.7 last season despite battling knee and ankle injuries all season. NFL Players Association president Tretter is a veteran of great character who could have an immediate impact on the Vikings’ offensive line.

The NFLPA president has been a leader on and off the field throughout his career and was a victim of the Cleveland Browns’ salary cap this offseason even though he still plays at a very high level.

For the Miami Dolphins or Minnesota Vikings, Tretter would be a major upgrade at center position. Tretter’s 83.7 pass blocking rating in 2021, his seventh straight season finishing above 80.0, was nearly 30 points better than Miami’s centers for the season and more than 40 points better than Minnesota’s. While he’s not as prolific as a run-blocker, he has proven to be an above-average run-blocker in an outside zone running game, which both Miami and Minnesota are expected to use in 2022.

Tretter is also connected to Vikings general manager Kwesi Adofo-Mensah, who worked in the Browns’ front office during the 2020 season.

Tretter a significant improvement in the center

In 2021, Tretter was the seventh-best center in the league with an offensive PFF rating of 78.7. Minnesota’s presumptive starter entering this season, 2019 first-round pick Garrett Bradbury, was ranked 46th with a 60.2 PFF rating.

The Vikings have shown no indication of exercising Bradbury’s fifth-year option, which would cost $13.2 million for the 2023 season.

PFF estimated that Tretter, a former fourth-round pick, will get a two-year deal worth $12 million. At $6 million a year, Tretter could provide veteran experience at center during a volatile time for the franchise.

Upon taking over as general manager, Adofo-Mensah opted for a “competitive rebuild,” bringing back many of the team’s veterans. Most telling move: Committing to Kirk Cousins ​​through the 2023 season with a one-year contract extension this offseason.

The plan assumes Minnesota has the talent to compete now, and the Vikings can no longer ignore the offensive line if they hope to raise Cousins.

Tretter’s two-year deal would align with Cousins’ current contract length, leaving opportunities to continue pushing to race or rebuild available after the 2023 season.

Bradbury remains on the roster and could still contend for his starting role this season in the meantime as the team assesses what they would be willing to re-sign him for beyond the 2022 season.