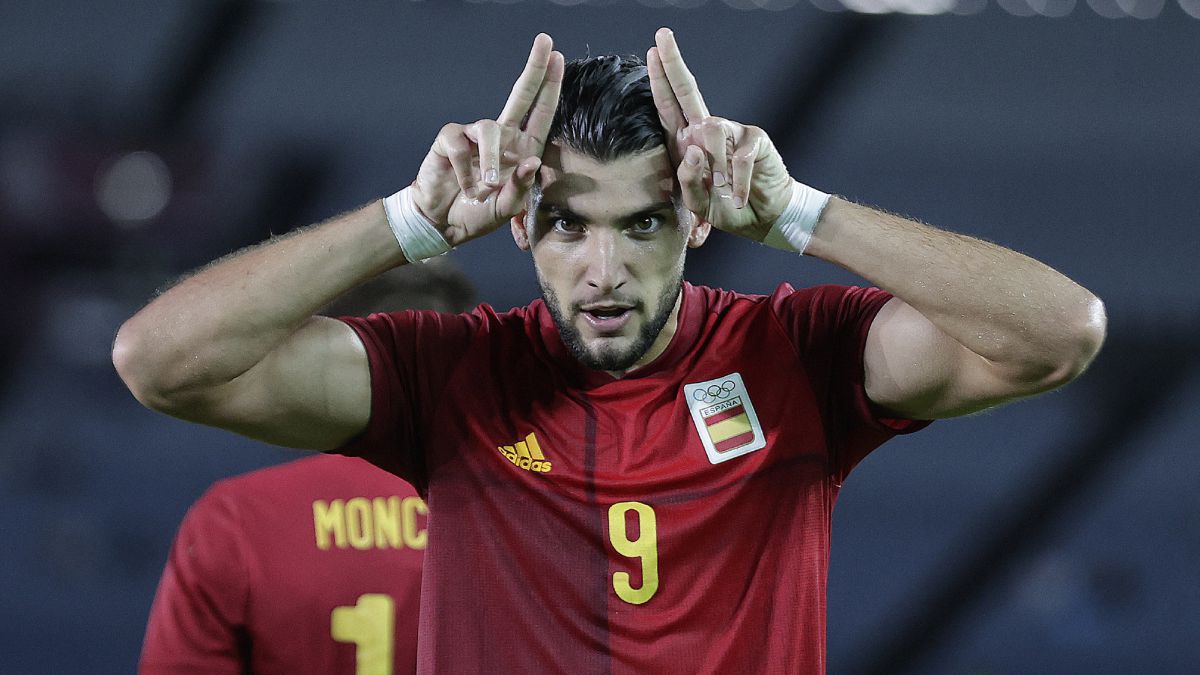 Spain is only two games away from bathing in gold the trajectory of a generation that is the history of Spanish football. This group has an unshakable faith that allows them to overcome situations in which all seems lost. When the game is missing, they put their hearts in and if their legs falter, that’s what the courage of this team is for. Against the Ivory Coast they tied twice, the second time in injury time. Any other team in the world would have lowered their arms to such a blow after being superior during the 90 minutes, but De la Fuente’s men still had one last breath to force the extension. These footballers are golden and they will not stop trying until they return with the medal that corresponds to them.

La Roja found themselves in a situation completely unknown to them in this tournament: to be behind on the scoreboard. After a hopeful start in which Merino missed a shot in a frank position, De la Fuente’s men experienced a Fateful minute: in the 9 ‘Mingueza was injured again and on that same corner, Bailly put the Africans ahead. A direct to the jaw that left the Spaniards groggy for several minutes. The second could even arrive.

Little by little, Spain assimilated the new panorama, very favorable for an Ivory Coast that only wanted to wait and crouched until it found the rival error. Zubimendi took control in the middle and Dani Olmo showed up. He warned on 24 ‘, with a shot that crashed into defense, and six minutes later his insistence was rewarded: he believed, he went to pressure and He took advantage of Singo’s gift in a loan to the goalkeeper to equalize the contest. The one from Terrasa has as much quality as faith. Oxygen for Spain at the most critical moment of the championship (until then, of course). In the final stretch, Simon avoided another scare with a save from Dao.

In the second half, the heat, humidity and intensity used in the first act took a toll. The game, by sections, entered a round trip that always hurt Spain. Ivory Coast suffers with the ball at their feet, it is erratic if they press, but they are a knife with meters ahead to run. Their tactical indiscipline is compensated with physicality and speed. La Roja continued with the curse that has haunted him since the Games began: the blind is lowered in the final meters. Again Olmo sent a clear shot to the clouds, Asensio met the crossbar with a good left-foot from the front and Oyarzabal missed another heads-up in the last minute. From that wasted occasion he changed area and a chain error, first from Vallejo and then from Simón, put Spain at the boarding gate to Madrid. That plane wasn’t his yet, because Mir put a draw in the discount that did, at the very least, justice. Again Spain needed a gift to mark.

The extensions are usually for those who arrive with the highest morale, because the legs are for few trots and even less in the Japanese climate. This emotional rush contributed to the fact that in Côte d’Ivoire the Three Wise Men must be in summer, because shortly after the extension began Bailly gave another goal to La Roja, this time in the form of absurd penalty for jumping hand-in-front on a corner kick. A juvenile mistake that Oyarzabal did not forgive, which must be valued: only with a tremendous personality can a penalty be thrown with that cold blood after all the glitches he’s had in the last two games. In the final stretch Mir, undisputed hero of the match, scored his second and third goals to definitively close the move to the semifinals.

Spain is in the fight for the medals. Stumbling, with a lot of heart and less game. But among the four best in the world. No one will remember the suffering, the lack of a goal or the defensive errors if they land in Barajas on August 8 with the gold medal around their neck.