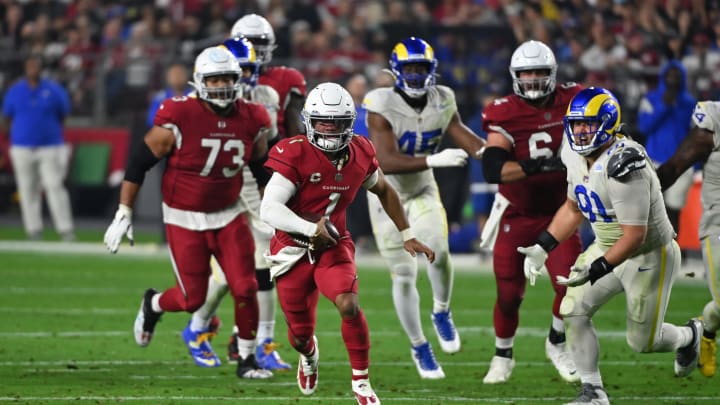 This is the case of the duel that will be in charge of closing the date and it is the confrontation between the Arizona Cardinals and the Los Angeles Rams, in which the Rams are the favorites in the bookmakers, especially thanks to their location at the SoFi Stadium .

During the regular season they met twice, the first being a fairly wide victory for Arizona, but in the second instance it was the Rams who prevailed a little over a month ago, making the most of the reinforcements they added during the campaign.

The Cardinals failed to recapture their great 10-win, 2-loss start, going on a poor 4-game losing streak with just one win starting in Week 14. Their poor momentum and road status may detract from their chances, but the hand of Kyler Murray and James Conner have everything it takes to win.

Something similar happens with the duel between the Cincinnati Bengals and Las Vegas Raiders, which will be played on Saturday. The Bengals, thanks not only to their offensive explosion starting in the middle of the season, but also to the reliability of a quarterback like Joe Burrow, are the ones who are emerging as favorites.

But we must not leave out some talented but irregular Raiders, who closed on a four-game winning streak, defeating direct rivals who were at a good level, such as the Indianapolis Colts or the Los Angeles Chargers. Derek Carr got an outstanding performance and is highly motivated with Hunter Renfrow and Darren Waller as his best weapons.

In bookmakers and by various experts, the Bengals have the locality and the momentum to get into the Divisional Round for the first time since 1990, but we must never ignore the streaks facing the postseason, often being decisive even in search of the Super Bowl and this is just the argument in favor of Las Vegas.

It can hardly be considered a surprise that the New England Patriots beat the Buffalo Bills, the only other game in which there seems to be room for a road victory, considering the experience of coach Bill Belichick in these instances.