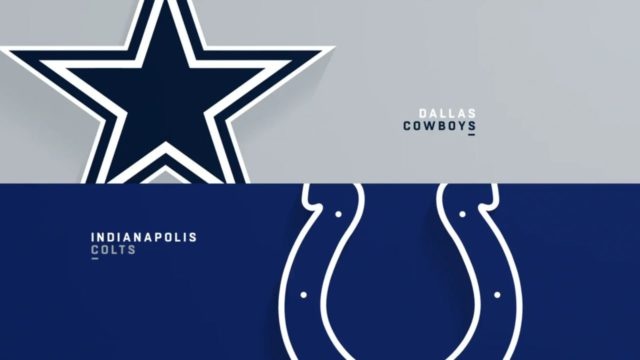 This Sunday night, the Cowboys will face the Indianapolis Colts in a game for week 13 of the 2022 NFL season. The Colts are not a rival that the Cowboys come across frequently, this is because both have been in different conferences since 1970. And even if they don’t have a marked rivalry, there are duels between the two throughout history that are worth noting.

Next, we will review the highlights of the games between the Cowboys and the Colts.

In total, the Cowboys and Colts have faced each other 14 times throughout history. The general series is dominated by Dallas with 10 victories for 7 of the colts. These teams have only met once in the postseason, in Super Bowl V, which the Colts won.

It is worth mentioning that these data include games against the Colts franchise in both Baltimore and Indianapolis. Despite its change of city in 1984, the team maintains the records and historical records achieved up to the time of the move.

Notable games between Cowboys and Colts

Season 1960: First game between the two

The first Cowboys vs. Colts game in history occurred in the Cowboys’ debut season in the NFL. It is worth mentioning that the Colts were in Baltimore and belonged to the National Football League at the time. This was the case until the team became part of the American Conference after the AFL-NFL merger in 1970.

Regarding the game, there is not much story to tell. As we know, the Cowboys were victorious in their first season in the league. Meanwhile, the Colts were defending their championship achieved in the previous season. The match ended in a resounding 45-7 victory for Baltimore in the Cotton Bowl.

It is worth mentioning that the Cowboys and Colts had already faced each other during the cowboy team’s preseason in 1960. That exhibition game against the reigning NFL champions. Likewise, this was Dallas’ first home game in franchise history.

40,000 spectators attend the game at the Cotton Bowl in #Dallasas the team begins its 11-year run there. pic.twitter.com/Lku29tpW28

As we mentioned, the Colts became part of the American Conference after the AFL-NFL merger in 1970. In their first season there, the Colts went all the way to the Super Bowl. His rival? The Cowboys, who came to this instance for the first time in their history. This match ended with a 16-13 victory for Baltimore, this after a Jim O’Brien field goal with less than a minute to go.

Dallas linebacker Chuck Howley was named the game’s Most Valuable Player after picking up two interceptions and fumble recovery. It is worth mentioning that this was the first time that a defensive player received this recognition. And it was also the first time that the Super Bowl MVP was a player from the losing team.

Baltimore Colts beat the Dallas Cowboys (16-13) on January 17, 1971, at the Orange Bowl in Miami.
Heading to Super Bowl LIII. pic.twitter.com/rNB1vvSznd

Although Super Bowl V has been the most relevant game between the Cowboys and Colts to date, there are other meetings that are worth reviewing. One of them is the first game of the 1978 season for Dallas, the Super Bowl-winning team the previous season.

In their season debut, the Cowboys beat the Colts 38-0. Quarterback Roger Staubach completed 16 of 22 passes in that game, passing for 280 yards, four touchdowns and two interceptions. Meanwhile, Tony Dorsett added 254 total yards and achieved one of the cowboy touchdowns.

This has been the victory with the greatest point difference of the Cowboys over the Colts in its history, surpassing the 42-7 of the 2014 season. The cowboy team would reach its second consecutive Super Bowl in the 1978 campaign, which they lost to the Pittsburgh Steelers. In this way, Dallas became the first team to lose in the Super Bowl after being champion the previous season.

Another notable game between the Cowboys and Colts is the 2010 regular season game. That game, Dallas’ fourth and last game against Peyton Manning as Indianapolis quarterback, was so close that it went into overtime.

That day, the “sheriff” completed 36 passes on 48 attempts, throwing for 365 yards, two touchdowns and four interceptions. The last of those interceptions was crucial, as he left the Cowboys in their own territory and with the victory on a silver platter. Dallas did not miss this situation, and with a field goal they sealed the victory 38-35 at Lucas Oil Stadium in Indianapolis.

In this way, the oldest of the Manning brothers would be left with a 2-2 record against the Cowboys. However, his career mark would be 3-2 three years later, this in the remembered “shootout” between the Broncos and Cowboys that ended with a 51-48 victory for Denver.

A little bit of joy for that twisted suffered.

On 12/5/2010 Peyton Manning was intercepted 4 times by defense two #Cowboys. Dallas defeated the Colts not OT by 38-35. pic.twitter.com/uHbgireCPm

2018 season: Last game between the two

The last meeting between Dallas and Indianapolis took place during week 15 of the 2018 regular season. The cowboy team entered with a record of 8-5 after a five-game winning streak. However, the Cowboys would receive a hard slap on their visit to the Colts losing 23-0.

In this meeting, the defense of the locals held firm preventing Dallas from scoring despite having 292 total yards of offense. Likewise, quarterback Dak Prescott had three sacks and an interception. It is worth mentioning that this was the first time since the 2003 season that the Cowboys went scoreless in a game.

The Cowboys visited the #Colts in a week 15 matchup. The Colts crushed the Cowboys 23-0. The Colts would go on to win 9 of their last 10 games of the 2018 season. Todays highlight showcases what little went right for Dallas. pic.twitter.com/aWBOIszjMD

Now, this new duel will have some Cowboys in good spirits and some Colts who have had difficulties all year. Despite the Cowboys’ favoritism, their defense will have to prove once again if it can stop the opposing running game. To do this they will have to contain Jonathan Taylor, the leader in carries in 2021. Without a doubt, this will be an ideal game for Dallas to continue correcting its flaws as it advances towards the playoffs.

#TBT: Most outstanding games between Cowboys and Colts in history