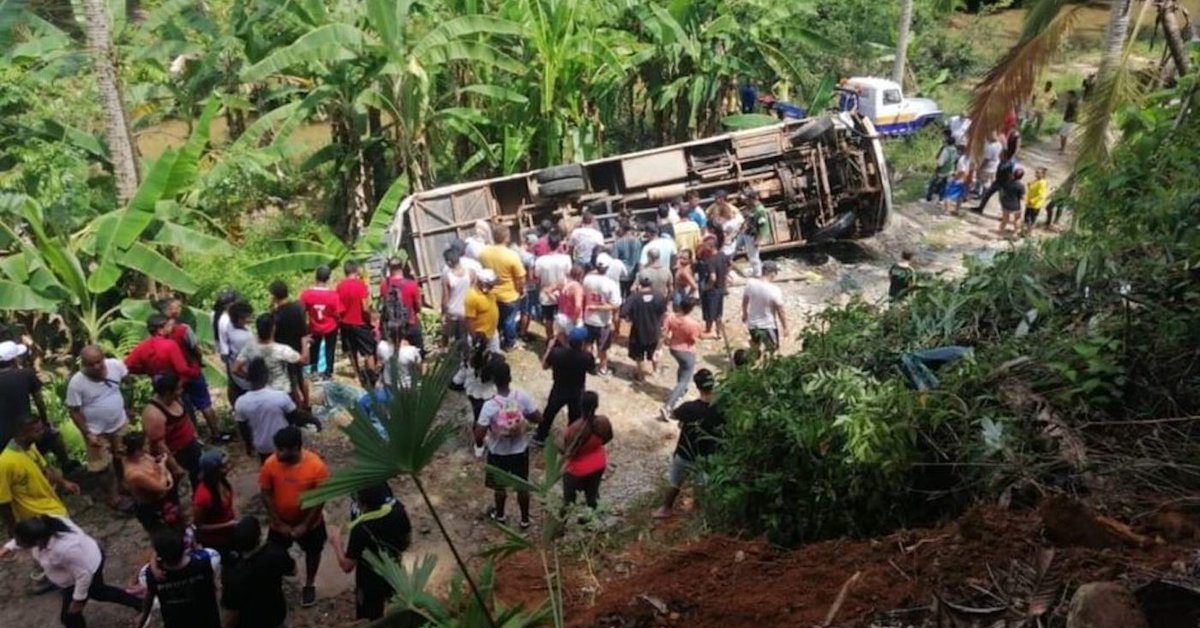 A serious accident occurred this Sunday, August 1 in the Piedras village, 3 kilometers from the urban area of Tarazá, in the department of Antioquia. A bus transporting the senior master soccer team of Planeta Rica, Córdoba, flipped over and ended up rolling about 40 meters down an abyss, leaving the balance of one person dead and eight wounded.

This incident occurred in a spa near the municipality, after the club played a friendly match against the local club; so they were heading to enjoy a moment of relaxation, according to the Secretary of Government of Tarazá, Carlos Mario Cuartas.

“Some people came from Planeta Rica, Córdoba, for a soccer integration with the boys here. Then they wanted to share a sancocho, so they were invited to the puddles and, on a slope, witnesses say that the driver’s car turned off. The bus returned and a boy who was at the window died. Eight others were injured“Said the official.

And he added that more than 15 passengers were transported in the car: “The game was in the urban area, but they wanted to share an afternoon of bathing and a lunch at the spa when the accident happened. There were more or less 20 people. Here they like to attend players from other municipalities and that is why they organize these games ”.

The first information from the authorities suggests that the driver lost control on a slope when, apparently, the bus suddenly turned off.

The injured were referred to the san antonio hospital, in Tarazá, and the César Uribe Piedrahíta, from Caucasia, where they advance in the recovery process.

Some witnesses to the accident uploaded photographs through social networks, in which you can see the bus turned to one side between trees and branches, next to an ‘uncovered’ road. The exact reasons for the incident are still unknown, but traffic officers presume that it was indeed a mechanical failure.

ANOTHER INCIDENT IN ANTIOQUIA:

A similar accident was the one that occurred a little over a week ago on the road that leads from Medellín to the municipality of Santa Rosa de Osos, where a bus from the Coonorte company overturned, leaving 12 people injured.

At the scene of the events, at kilometer 65 of the sector known as ‘San Juan’, they three rescue vehicles and 10 fire brigade units to care for injured passengers.

“A call is received at 12:10 in the afternoon reporting the overturning of a vehicle. At the site we found that the bus had rolled 45 meters and we found 12 people injured, which were transferred in our rescue vehicles to the hospital center, ”said Edil Martinez, commander of the Santa Rosa de Osos Volunteer Fire Department.

Three of the wounded had to be admitted to the San Juan de Dios Clinic as a result of the severity of the injuries. In the reports of the authorities it is stated that the driver lost control of the car and ended up going off a road. It seems in the middle of a maneuver to avoid another vehicle.

The lieutenant Colonel José Ricardo Archila Zapata, head of the Antioquia Traffic and Transportation Section indicated that investigations would be carried out to clarify what happened.