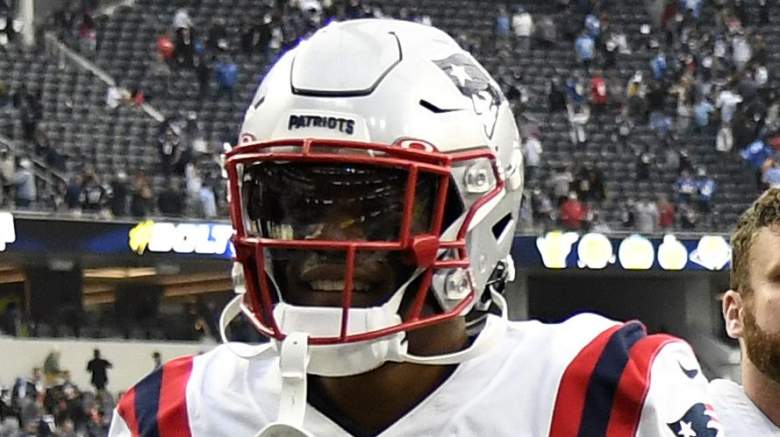 Apparently, time is running out for the New England Patriots and their disappointing young wide receiver N’Keal Harry. With many pundits predicting the team will either trade or release Harry before the start of the 2022 season, the 24-year-old has decided not to attend the team’s voluntary workouts, which began Tuesday in Foxborough.

NESN’s Zack Cox took note of Harry’s Instagram post that seemed to prove he wasn’t in Foxborough for training.

Ever since the Patriots selected Harry with the 32nd pick in the 2019 NFL Draft, he hasn’t lived up to expectations. In three seasons, Harry has played in just 33 of a possible 49 regular season games. The former Arizona State star has only started in 18 of those contests.

N’Keal Harry has been ineffective with the Patriots

Not that injuries were the only aspect of Harry’s disappointing run in New England. He has been largely ineffective even when he has been on the field.

Harry has managed just 57 receptions for 598 yards and 4 TDs in his NFL career. On the plus side, he has established himself as an excellent blocker, but that’s well below the impact level most would want from a wide receiver with Harry’s talent and draft position.

Apparently, the writing was on the wall for Harry after his lackluster 2021 campaign. He’s in a position to get an extension if the Patriots keep him on the roster, suggesting that Bill Belichick would likely make the decision that the two sides meet. separate. Harry’s chances of staying with the Patriots took a hit when the team reached a deal to acquire DeVante Parker from the Miami Dolphins.

At 6’3″ and 219 pounds, Parker is very similar in height to Harry. However, Parker has been much more productive. The year Harry was drafted in the first round by the Patriots, Parker posted the best season of his NFL career for division-rival New England.

That season, Parker had 72 receptions for 1,202 yards and 9 TDs. Those single-season totals dwarf what Harry has done in his three seasons combined. New England also plans to add a rookie receiver or two in the 2022 NFL Draft.

That would mean the Patriots should have Parker, Jakobi Meyers, Kendrick Bourne, Nelson Agholor and the rookies even if they walk away from Harry. Throw in tight ends Hunter Henry and who Patriots owner Robert Kraft hopes will be a resurgent Jonnu Smith, and quarterback Mac Jones should have a much healthier set of options to pitch in 2022.

Will N’Keal Harry ever make an impact in the NFL?

Harry should have a good chance to save his career every time he moves to NFL town. He’s still young, physical, and has shown some glimpses of becoming the kind of field weapon in the NFL like he was in college.

Unfortunately for Harry and the Patriots, he just couldn’t take advantage of the time in New England. It would be a surprise if the Patriots can get more than a sixth-round pick for Harry if they trade him before the draft. Because of this, it seems more likely that New England would simply cut their losses by releasing him.