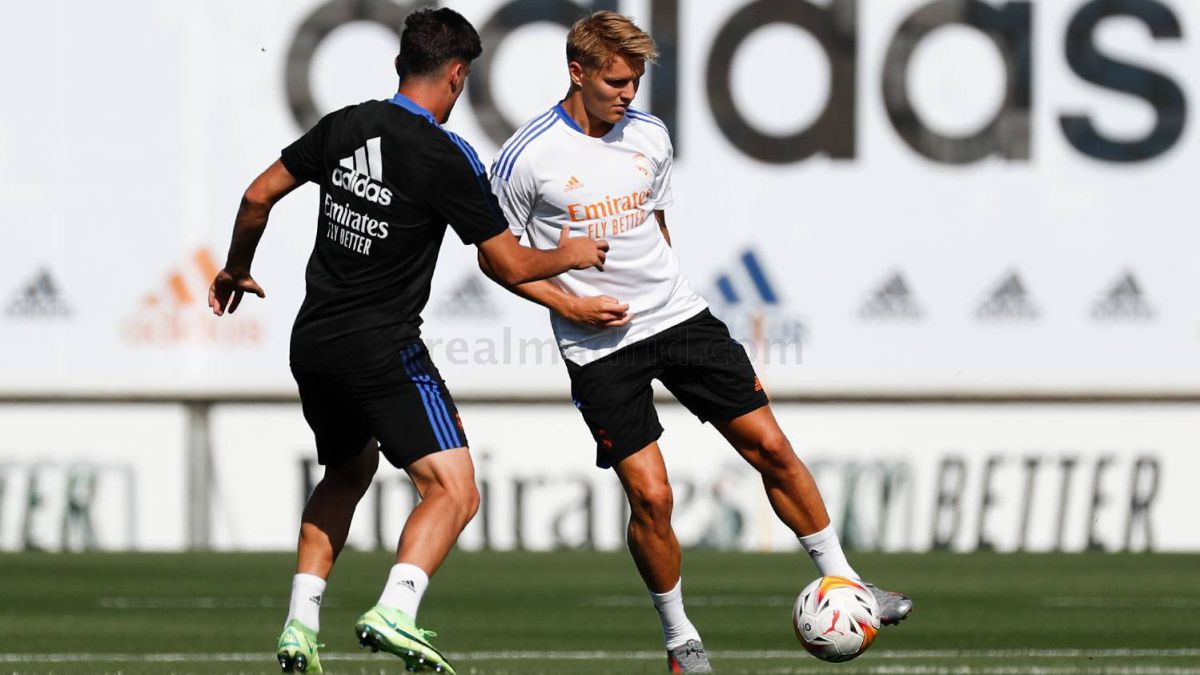 The test against Milan this coming Sunday has a double objective for Madrid and Ancelotti: to improve the sensations of what was seen in Glasgow and know where Odegaard is. Kroos’s injury allows the Norwegian to dream of a change of drawing in which he can play as a midfielder. A loophole through which to be able to show himself better than in the 4-3-3 that he choked on first with Zidane and it is also the system with which he started Carletto against Rangers. Odegaard returned after that assignment at Arsenal with the intention of staying, but the Nordic wants to see what happens between now and August 31, the deadline.

Madrid maintains its confidence in the future of Odegaard (22 years), but it is six years since his signing and the Norwegian’s lack of ‘elasticity’, who needs to act in his favorite (latching) position to feel comfortable and be able to offer his best version, is detrimental. The Norwegian demands a very specific context that Ancelotti cannot guarantee. His role against Rangers didn’t show the Italian manager anything new either.

For Madrid, the only consolation if Odegaard asks to leave again is that finding an accommodation is easy. Either by transfer or through an assignment, if the market date rushes. The problem is that the loan looks like putting off the hot potato for another year.. Neither does it generate the volume of income that the entity needs (the transfer price would be around € 5M), nor can it be a big leap in terms of sport, after using two assignments (Heerenveen and Vitesse) to later stand out at Real Sociedad and Arsenal. . In London, just in case, they are on the lookout.

This Sunday in Austria, not only will Madrid look closely at Odegaard. The rival in the rehearsal prior to the league debut is Milan and since the summer of 2020 they have been haunting the Norwegian. Tuttosport then reported that the entity rossonera He had Odegaard on a list of three Madrid players who interested him (also Brahim and Jovic) although the Nordic stayed in Madrid. The same Italian newspaper assured a few weeks ago that Milan is keeping an eye on Odegaard …