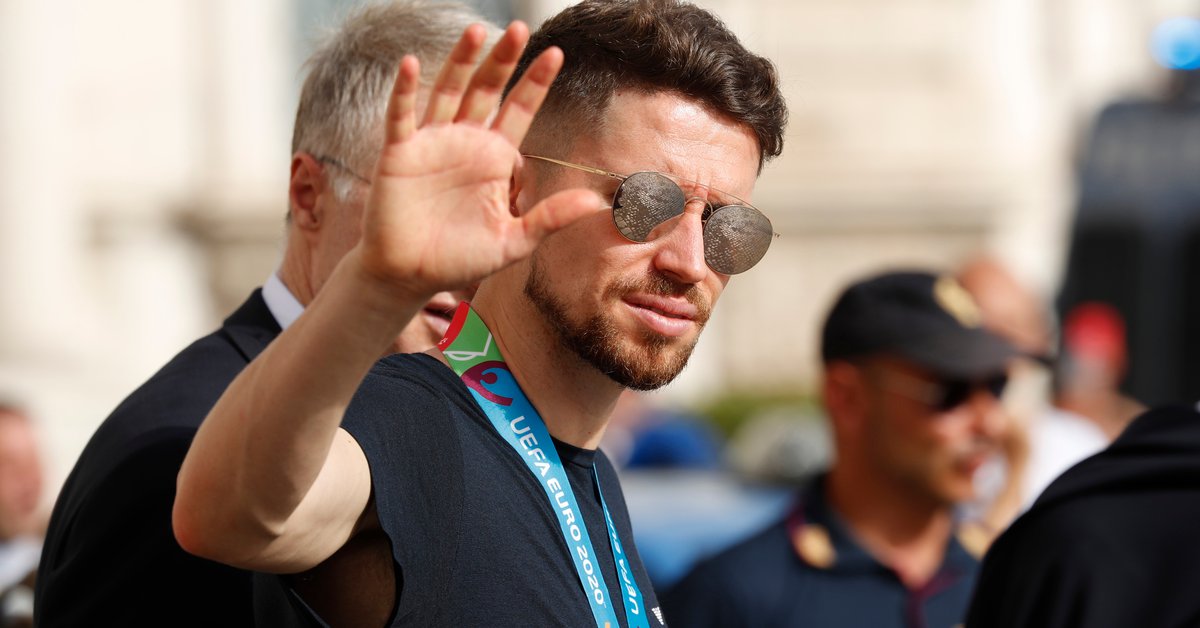 With the closing of the Eurocup, the European season came to an end and, while some players have already started preparations for the next one, those who played the continental tournament started their vacation to recharge their batteries.

It is the case of Jorginho, the Italian-Brazilian midfielder who recently champion of Europe with Italy after beating England in the penalty shootout, which before starting his break left some interesting statements in dialogue with La Gazzetta dello Sport.

The 29-year-old footballer considered that he is a serious candidate to win the Ballon d’Or That will be delivered in December, ensuring that he has won everything this 2021 after lifting the Champions League with Chelsea on May 29.

“We live for dreams. But I’ll be honest enough: It depends on the criteria you have when assigning it. If we talk about talent, I am aware that I am not the best in the world. On the other hand, if you choose based on the titles, well, nobody has won more than me this season “, he acknowledged.

However, understanding the quality of the names against which he could compete for the highest individual award, he explained: “How am I going to compare myself to Messi, Cristiano Ronaldo or Neymar? They have completely different characteristics from mine, but I repeat, it depends on the criteria ”.

The steering wheel, of great present in the set of Thomas Tuchel and Roberto Mancini won the two most important titles on the continent. Compared to the other three world cracks, only Lionel Messi could compete with him after having lifted the Copa América in Brazil, in addition to a Copa del Rey in the local championship. However, both the Argentine, the Portuguese and the Brazilian were eliminated from the Champions League and failed to win the league title with their respective clubs.

Among other topics, Jorginho also spoke of his missed penalty in the final of the Eurocup against England: “Everything was settled. He knew that Donnaruma would save him. I always give everything I have for the team, but unfortunately sometimes it is not enough. I ended up missing the penalty, and at that moment the world fell on me, because I wanted to give the victory to Italy ”.

Regarding the fact of representing Italy, the native of Santa Catarina (Brazil) acknowledged that, “I didn’t think twice. After the U21, he had only played friendly matches with the Italian national team. In November 2017, the call for the world play-off with Sweden arrived but at that time Brazil had also sought me out. It was my dream. Playing with Brazil as a child. But I felt that Italy needed help, that fundamental game was being played with Sweden. Y When I needed help, Italy helped me, hugged me and opened the doors for me. I didn’t feel comfortable turning my back on him. My heart said ‘No, Italy needs you’. So I made that decision and, honestly, I’m very happy with it. “

The talk with Neymar, the advice to Mbappé and his desire to play with Messi: 12 phrases from Sergio Ramos at PSG
Decisive hours: the truth behind Messi’s continuity in Barcelona
They revealed new audios of Florentino Pérez in Real Madrid: “Cristiano Ronaldo is an idiot”