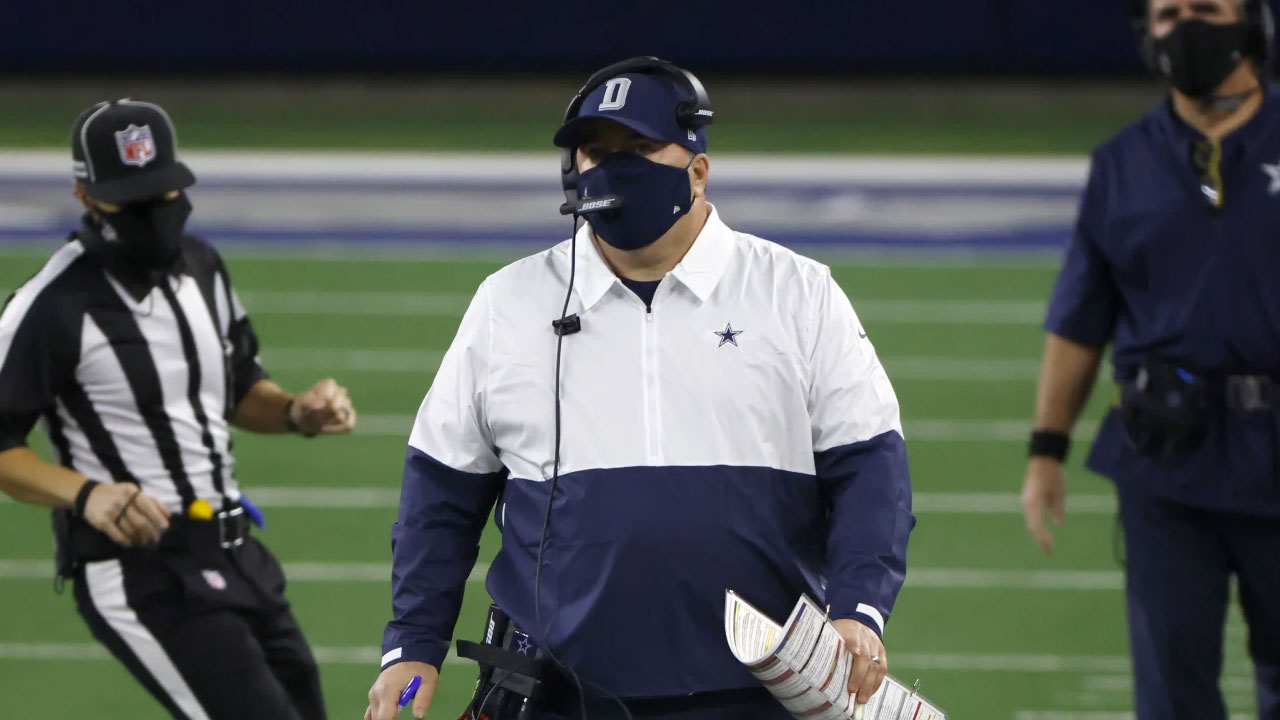 In this Wednesday’s NFL news: Cowboys would regain multiple personnel; Ryan Fitzpatrick, out the remainder of 2021; Davis Mills would start Week 14; and more. Don’t miss the NFL news.

Dallas would get Randy Gregory, Neville Gallimore and Mike McCarthy back

Good news for Dallas. After HC Mike McCarthy missed last week’s game due to COVID-19, this Thursday, Cowboys COO Stephen Jones commented via 105.3 The Fan, which McCarthy is expected to return to the team’s facility this week, citing Thursday as the most precise date for the eventual return:

“We just think it’s normal, just like with the players, we have our sights on the 1st day,” Jones said. “We probably hope to get it back on Thursday. I don’t think it’s before, it rarely is ”. In addition, he also specified that McCarthy has continued to carry out his duties as head coach despite not being inside the Dallas facilities: “He is doing all his work and preparing the team and we know that he would love to be there, hands on work. But at the same time, he does a great job of Zoom preparing his staff. “

However, in addition to McCarthy, Jones himself confirmed that the Cowboys could also have two key elements of their defensive line back, DE Randy Gregory, and DT Neville Gallimore: “Well, they’ve had a great couple of weeks.” said Jones, across the Dallas morning news.

“They have to get out there and go one step further this week with full practice. Unless there is a setback, which we certainly do not expect, we are now preparing them to play the next game, but they certainly must continue to progress, which they have done every step of the way. But they have to finish all the conditioning work, which is the complete preparation for the game against the Washington Football Team ”.

Gregory hasn’t played since Week 9 with a calf injury, while Gallimore has spent the entire season on Injured Reserve after dislocating his elbow in the preseason. However, the return of both, plus the presence of McCarthy, would be a vital enhancer as the Cowboys try to defeat the WFT next Sunday, in a divisional duel that could mark the fate of the NFC East. Will Dallas take advantage of the return of its head coach and multiple stars?

The immediate future of the 49ers continues to raise doubts. During the surprise loss to Seattle in Week 13, San Francisco was injured by two of its team stars, LB Fred Warner and WR Deebo Samuel. The first of them could return for Week 14, when the 49ers visit the Bengals, however, although last week Samuel pointed out that his groin mishap would only cause him to miss a game, HC Kyle Shanahan is not so sure of it. So he let it glimpse through 49ers.com:

“It’s still early Monday,” Shanahan noted. “I think Fred was closer [de jugar] than Deebo last week. So, I hope Fred is back in practice this Wednesday. Deebo, we will go ‘day by day’ hoping to get it back this week, but it is still too early to tell. “

The previous Sunday Warner missed his first game as a professional since San Francisco selected him as a third-round pick in 2018. So far he has played 59 games (all as a starter) with the franchise and this 2021 he leads the team with 92 tackles. totals.

Meanwhile, this season, Samuel has 1,239 yards from the line of scrimmage and 10 TDs, leading the team in both quarters, and suffering his absence for another week could be catastrophic for the 49ers in their quest for a postseason berth. Could San Francisco beat Cincinnati without Samuel on the field?

Ryan Fitzpatrick will have surgery; out of the rest of 2021

In more NFL news, the inevitable is finally made official in Washington. Via Ian Rapoport of NFL Media, QB Ryan Fitzpatrick’s 2021 season has come to an end. This Tuesday it was confirmed that the veteran quarterback will undergo arthroscopic surgery on his hip, which will help him fully recover from the subluxation he suffered in Week 1 of this season.

In the first instance Fitzpatrick had decided not to undergo surgery, treating himself by other means, but his rehabilitation was never as expected. Since mid-November, Rapoport noted in a report that Fitzpatrick was not expected to return to the field this season because he was still dealing with pain in the hip and groin area. And now, with his campaign officially over, and considering that he is already 39 years old, it is inevitable to question whether we have seen the last of him as a professional.

Hailing from Miami, Fitzpatrick signed a 1-year deal with Washington in the previous offseason, but this season he completed 3 of 6 for 13 total yards, and that was it. This means that, from now on, and at least until the end of the campaign, Washington belongs to QB Taylor Heinicke. Which team should sign Fitzpatrick heading into 2022?

Bad news for the Texans, who could be left without a starting quarterback again. It was previously reported that QB Tyrod Taylor suffered a left wrist injury in Houston’s loss to Indianapolis in Week 13. However, via John McClain of Houston Chronicle, on Tuesday it was confirmed that Taylor suffered damage to the ligaments of the wrist, which opens the way for QB2 Davis Mills to return to the starting lineup next Sunday against Seattle.

Taylor was diagnosed with a torn ligament, which would prevent him from receiving the snaps from the center, and also properly hold the ovoid. However, because the injury occurred to his non-pitching hand, all indications are that Taylor will be able to serve as a backup against the Seahawks.

For his part, this 2021, Mills, a rookie graduate of Stanford, has participated in 8 games, completing 146 shipments for 1,406 yards, 7 TD and 8 INT, however, he has a 0-6 record as a starter. The previous Sunday he came off the bench in the third quarter to replace Taylor and played 23 snaps in a 31-0 loss to the Colts, while his last game where he started was in Week 8’s 38-20 loss to the Rams. What are the Texans aspiring to in Week 14 without Taylor as the starter?

Terence Steele and more returns from the COVID-19 Reserve

The coronavirus pandemic continues to rule the world today, and the NFL is no exception. Throughout the season, the COVID-19 Reserve has seen a variety of players come and go around the league. In this section we review the most relevant players who were activated from the list for Week 14.