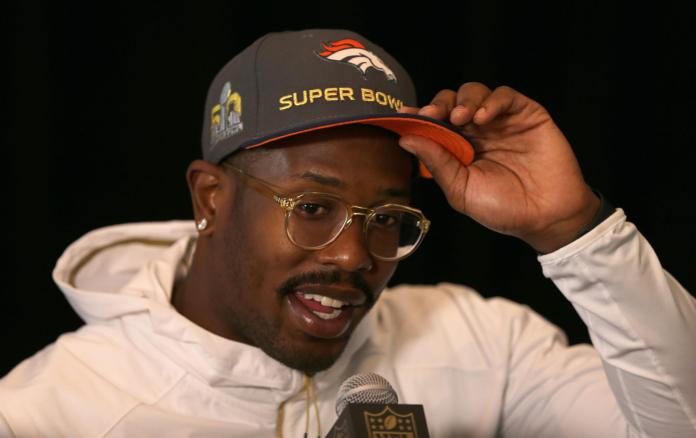 Sports Writing, Apr 20 (EFE) .- Von Miller, one of the best linebackers in the NFL, described this Wednesday the locker room of his new team, the Buffalo Bills, as great compared to that of his former team, the champions Los Angeles rams.

“This locker room is like none I’ve been in, it’s great. It has a university atmosphere in its facilities; I am impressed with the dedication that everyone puts into their daily work,” Miller said at a press conference.

The linebacker, who signed a six-year contract in exchange for 120 million dollars with the Bills, confessed the love he is beginning to feel for his new home despite the fact that he remembered that in the Los Angeles Rams he shared with great figures.

“I’m already starting to love these guys. I was with the Rams last year and every day was like the Pro Bowl. Talent everywhere; Jalen Ramsey, Aaron Donald, Cooper Kupp, Matthew Stafford, Odell Beckham’s locker was right across from mine,” he said.

Miller, a stellar defensive player for the Rams last season with whom he had 9.5 sacks and 17.5 sacks between 2019 and 2021, praised the group he found in the Bills.

“I knew about the team, I knew about the players here, but the collection of guys and personalities is nothing like I’ve seen. It just reminds me why I made the decision to come to Buffalo.”

“I didn’t know him and I haven’t had too many conversations with him either, but I can say I’ve been a fan of Josh’s career, I love the way he’s handled it.”

The defensive player shared how his adaptation to a city like Buffalo, much colder than Los Angeles, has been.

“I’m still getting used to the wind, to being in Buffalo; everyone I have talked to who has moved here loves it. They tell me that day by day the love for this city grows, for the snow and the wind. I hope that’s my case.”

Von Miller has been a two-time champion in the Super Bowl, he did it with the Denver Broncos in the 50th edition in which he had 2.5 sacks, forced two turnovers and was named Most Valuable Player. In the LVI edition with the Rams he had two more sacks.

Those 4.5 sacks earned him a tie for the record for most sacks in NFL championship games held solely by former Cowboys and 49ers linebacker Charles Haley.