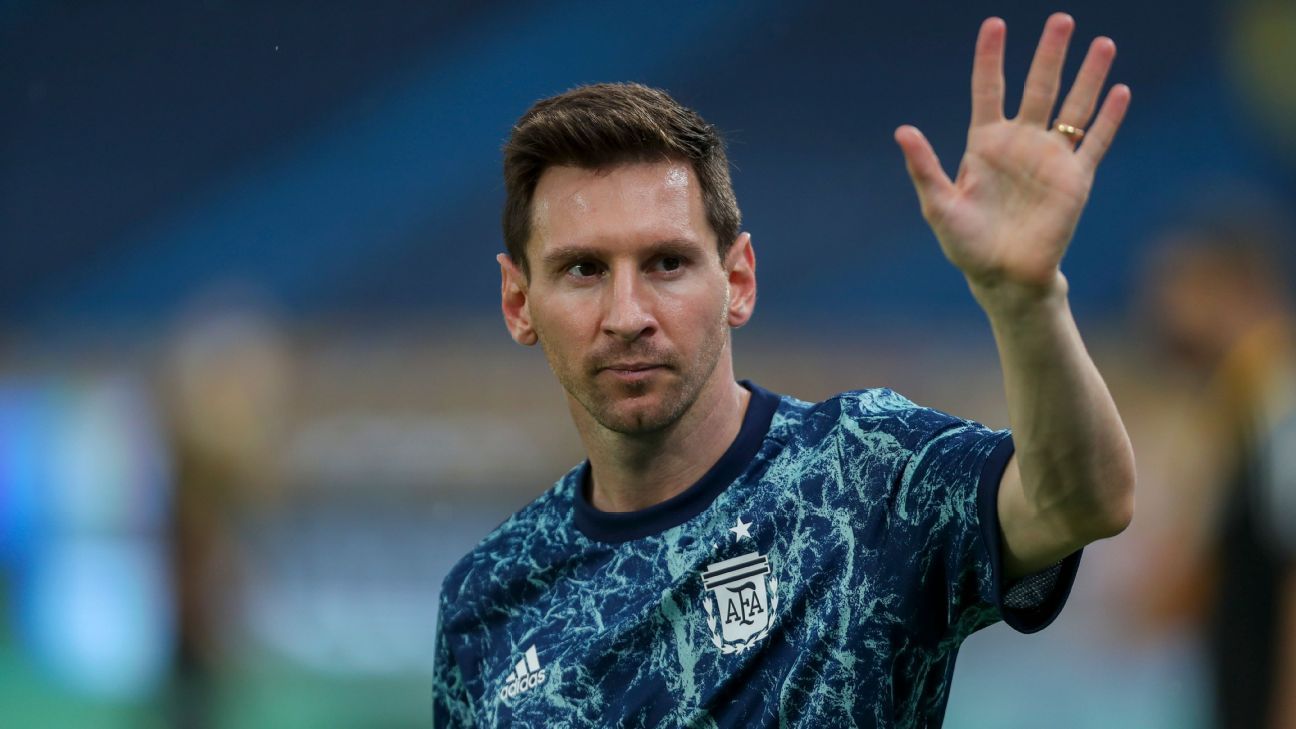 Lionel Messi spoke at a press conference ahead of the Argentine National Team’s debut in the 2021 Copa América in Brazil, before Chili.

Here are the best phrases:

“We arrived at a good time. We played two good games, in addition to not being able to get the victory. We grew. We are happy with the performance but we have to win.

“At no time did the National Team depend on me. Little by little we became stronger as a team. I have been working for a long time with many of these players, with the same idea. We are still in training, but on the right track.”

“Everything that I have to play with the National Team is special.”

“De Paul is a very important player, with and without the ball. We try to find him, I try to always be close and I feel very good playing with him.”

“We have been doing things well, growing, but we need to win in the first match of the Copa América. Always starting with the three points is important because it gives you peace of mind. With Chile we know each other a lot, we know the tough opponent we are going to find” .

“We have a clear idea, most of the block we played together for a long time. New guys have arrived and the new faces are joining. It is time to take a hit and it could be this Copa América.”

“I am always available for the National Team, my biggest dream is to get a title. I was close many times but it was never given to me. I will look for it until I know it and the coach thinks I can be there to contribute.”

“We have to correct a lot of things to really try to improve.”

THE VIDEOS OF THE MESSI CONFERENCE

The Albiceleste captain praised the work of the Udinese midfielder: “I feel very good playing with him.”

The benchmark of the national team emphasized the need to stay with the victory and analyzed what the match against Chile will be.

The captain of the National Team analyzed the present of the Scaloni team and highlighted the work they are doing in the face of their debut against Chile for the Copa América.

The captain of the Argentine National Team spoke at a press conference and referred to the internal relationship of the group with a view to participating in the Copa América.

This said Lionel in the run-up to a new Copa América with Argentina.

The Albiceleste attacker focused on the current situation of the squad for the next Copa América.