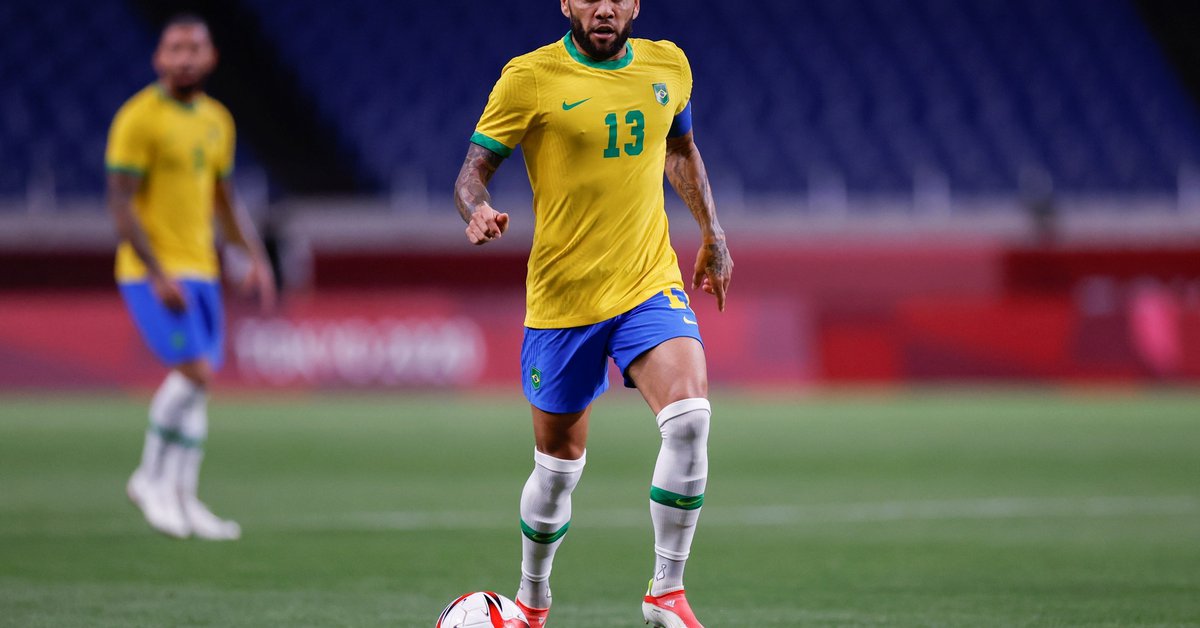 
After eliminating the U23 Tri in the men’s soccer semifinal at Tokyo 2020, the former Barcelona player, Dani Alves, showed his admiration and respect for Mexico. The Brazilian described the Aztec team as a great team and ended the interview with a traditional Mexican greeting.

“That’s what football has, once it’s up to you and again to the other, so life goes on. When you fail to advance, it gives you room to continue growing and improving, so all my respect to Mexico, Long live Mexico, you bastards, “he said to Claro Sports.

The captain of Brazil, also considered this Tuesday that his team is “deservedly in the final”, after beating Mexico 4-1 on penalties, after equalizing without so many in the 120 minutes.

“It is very special to be able to participate in the Olympic Games and to be able to reach the final. It’s a great happiness for me, ”Alves said at the end of the game.

El Tri will have to fight for bronze in Tokyo (Photo: Mike Segar / REUTERS)

“From the first moment we set ourselves the goal of looking for gold, ralways snapping at the rivals and I think we are deservedly in the finalel, ”added the right-back looking for his 43rd title, although his first gold medal.

Thinking about the final, the Sao Paulo defender estimated that It is always very difficult to play a final: “We have to raise a very good strategy. That is what we have done so far and in the final it will not be different, “he concluded.

Brazil, team that won gold in Rio-2016, will play for the title next Saturday in Yokohama against Spain in Saitama.

Also, Dani Alves confessed to being surprised by the way the Mexican team he played Brazil in the semifinals of Tokyo 2020 .: “We have eliminated a great opponent, they were a team that proposed, but today they had to play a different game. We knew they were going to be a very difficult opponent to beat, we didn’t expect it to be until penalties. We had to adapt to the adversary and I think that we have just won our place in the final ”.

The right-back of Sao Paulo acknowledged that Mexico you can rest easy because you see a great future in them.

On the other hand, the end of the career of the player who has won the most titles in history is yet to come and although an Olympic gold medal could be the perfect closure, Dani Alves ponders continuing to enjoy football above any title.

“A medal is a more accomplished goal as long as you have health, I respect my profession and I continue to feel soccer as something very important in my life. I think you have to keep fighting in this beautiful sport. I hope the medal arrives but that is already a complement ”, he concluded.

El Tri, now he will fight bronze against Japan. Jaime Lozano’s team failed to beat the Japanese in the duel they held, which was won by the local team.or score 2-1 but showing a marked superiority that the Mexican team found it difficult to overcome.

Mexico’s penalty shootout defeat to Brazil left a large part of those involved dissatisfied, however, several of them assured that it is time to think about the medal granted to be placed in third place in the contest.

This Friday 6th August, Mexico and Japan will face each other at 06:00 (Central Mexico time) on the Saitama Stadium, while the final between Brazilians and Spaniards will be played on Saturday 7 at 06:30 hours.

Who is Paola Morán, the Mexican sprinter who will seek to get on the podium in her first Tokyo Olympics
Rommel Pacheco said goodbye to Tokyo 2020 with a sixth place in the diving final
Through tears, this was the emotional farewell of Rommel Pacheco in his last Olympic Games